This Israeli ex-diplomat is a pop star in Kenya 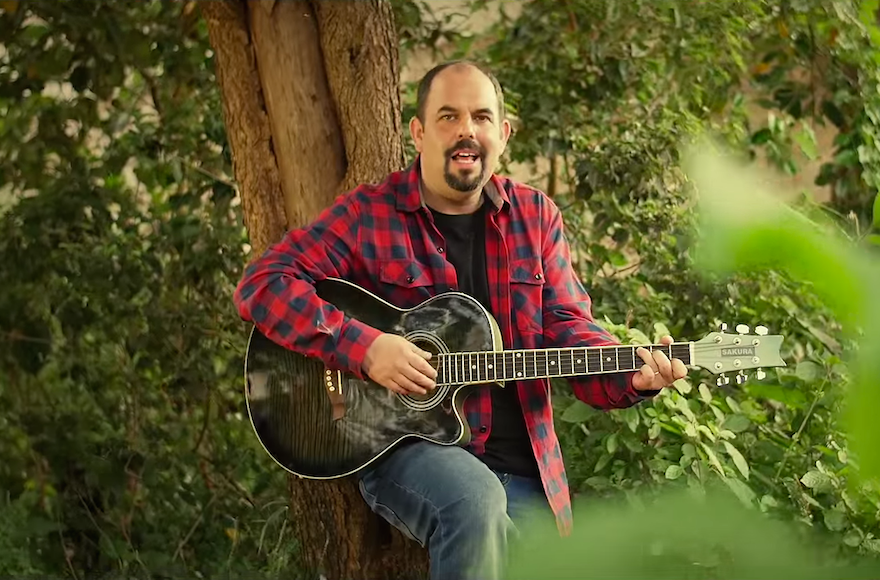 Gilad Millo, in the music video for his hit song "Unajua." (YouTube)
Advertisement

(JTA) — Zipping between meetings at Nairobi’s five-star hotels wearing a suit and tie, Gilad Millo looks every bit the ex-diplomat he is.

But looks can be deceiving: Though he may be balding and middle-aged, Millo is one of Kenya’s hottest pop stars.

He’s so popular, in fact, he’s known throughout the country simply as Gilad, a la Madonna or Prince.

“The word ‘celebrity’ feels strange, but, yeah, people now ask me to pose for selfies with them,” said Millo, 44, the former deputy head of mission at the Israeli Embassy in Kenya, speaking to JTA by telephone from his home in Nairobi on Monday.

Millo made his musical debut in April with the song “Unajua” — “Do You Know” in Kiswahili, one of Kenya’s four official languages.

By May, “Unajua,” a mellow tune about the lingering attachment of ex-lovers, topped the weekly chart of X FM, a popular Kenyan radio station, and stayed on the top 10 lists of other stations for months. By August, the track received a rave review in the Daily Nation, one of Kenya’s largest newspapers.

In the video, Millo, an Ashkenazi Jew, walks with his bicycle and guitar around the Nairobi neighborhood where the song’s producer lives. A classier indoors set is used for the song’s guest artist: Wendy Kimani, a young Kenyan singer who rose to fame in 2008 as a finalist on the East African version of “American Idol.”

Kimani — who recently moved to Amsterdam, where she lives with her Dutch husband — concedes that Millo does not exactly possess the looks that Westerners would expect for an up-and-coming pop star. But in Kenya,“the masses are still quite rural, so they’re not so much into looks and fashion,” she said.

“For them it’s all about the music,” Kimani said. “If someone has the music, that’s all that they care about.”

Plus, the song topped the charts before the video was released — so few people knew Millo was what East Africans call “mzungu,” a white man.

“And even after, many couldn’t believe Gilad was really singing because few white people in Kenya speak Kiswahili,” Kimani said.

Music has always been a major part of Millo’s life. In his 20s, he was a member of a Jerusalem rock band, White Donkey. Millo was planning to become a professional musician rather than follow in the footsteps of his late father, Yehuda Millo, who served as a diplomat for 37 years.

But when Millo’s son was born, his wife, Hadas, said that “there’s no money in music and we need to find a real job,” Millo recalled in an interview that he gave last month to Israel’s Channel 2.

After working as a journalist, he became a diplomat in 2003. Millo served in Nairobi and Los Angeles before leaving Israel’s Foreign Ministry in 2008 and settling in Nairobi permanently. 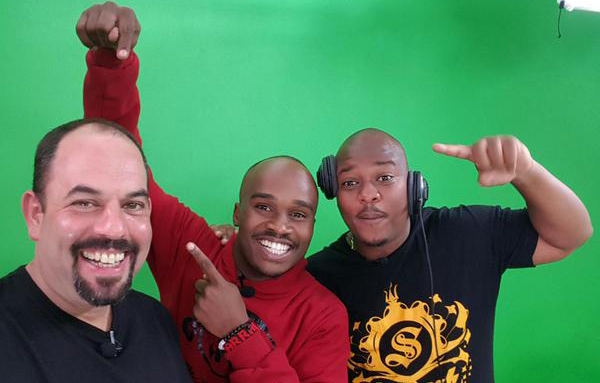 It was only recently, a quiet afternoon when his wife and teenage kids were away, that Millo called up a music producer, M.G., whom he had met through a friend. Millo showed up at the studio with a song he wrote just “to see how it goes,” he recalled.

“We realized we had a hit the second we finished recording,” Millo said.

Thanks to “Unajua,” he has landed dozens of guest appearances on Kenyan radio and television shows. There he promotes his campaign about farming for the Balton CP Group – the British firm where Millo works as head of business development and public relations — which represents mostly Israeli agriculture and communications companies.

“After we establish that I’m white, that I sing in Kiswahili and that this place is home for me, there’s still 10 minutes of airtime, so the interviewers and I often go into other things that I’m passionate about,” Millo said.

Titled “Farming is Cool,” the campaign tries to appeal to the millions of young Africans who swapped their  now-aging rural communities in favor of the perceived opportunities of big metropolises like Nairobi and its suburbs and slums, where only a third of about 6 million residents have adequate sewage systems. The aim is to attract young people to more sustainable and advanced agriculture.

He may be big in Kenya now, but Millo says he’s not making money from his music — yet. Still, whatever income his musical career may generate, he hopes to donate.

In addition to hoping to help empower youth through farming, another cause is Israel for Africa, the nonprofit that Millo and his family established in memory of his father that promotes Israeli innovation and culture in Africa.

“Europeans and Americans don’t always get the connection that many Israelis have with Africans,” he said. “But we feel it instantly, every time we crack a joke or slap one another’s back.”