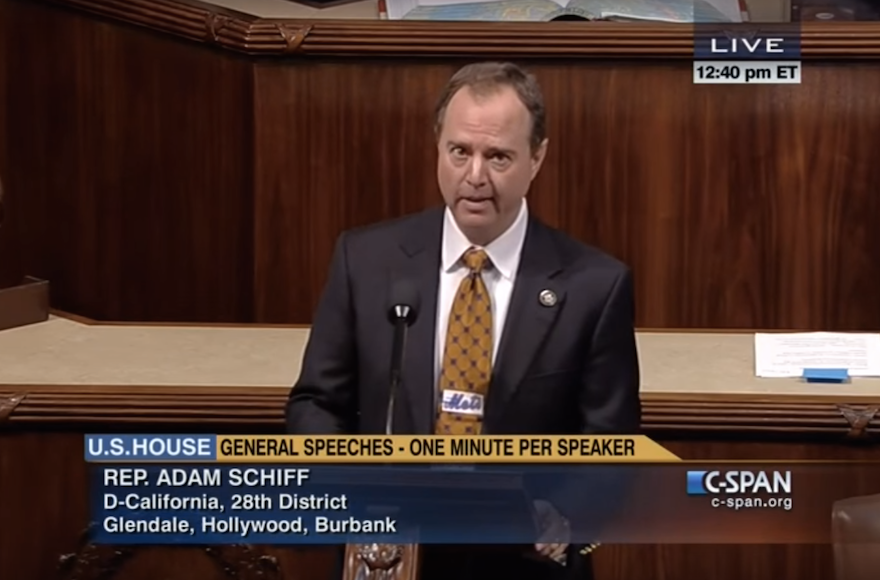 Adam Schiff fulfilled his sacred duty on Friday and sang “Meet the Mets” on the floor of the U.S. House of Representatives.

The Democrat from California had bet Rep. Steve Israel, D-N.Y., on the outcome of the MLB National League Division Series between the Los Angeles Dodgers and the New York Mets. And he lost — with grace.

He even wore a Mets tie as promised. 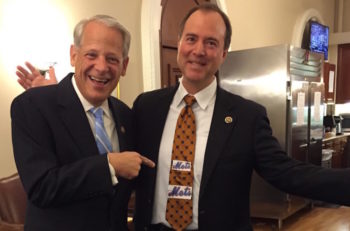 Rep. Adam Schiff, D-Calif., right, wearing a Mets tie, much to the delight of Rep. Steve Israel, D-N.Y. (Courtesy of the office of Adam Schiff)

After defeating the Dodgers, the Mets went on to sweep the Chicago Cubs to win the National League pennant. They will be playing in the World Series on Tuesday, against either the Kansas City Royals or the Toronto Blue Jays.

As we noted earlier this month, the Mets-Dodgers wager was surely among the most Jewish ever made at the nexus of Congress and baseball.