Op-Ed: Obama could learn from Bill Clinton how to be a true friend of Israel 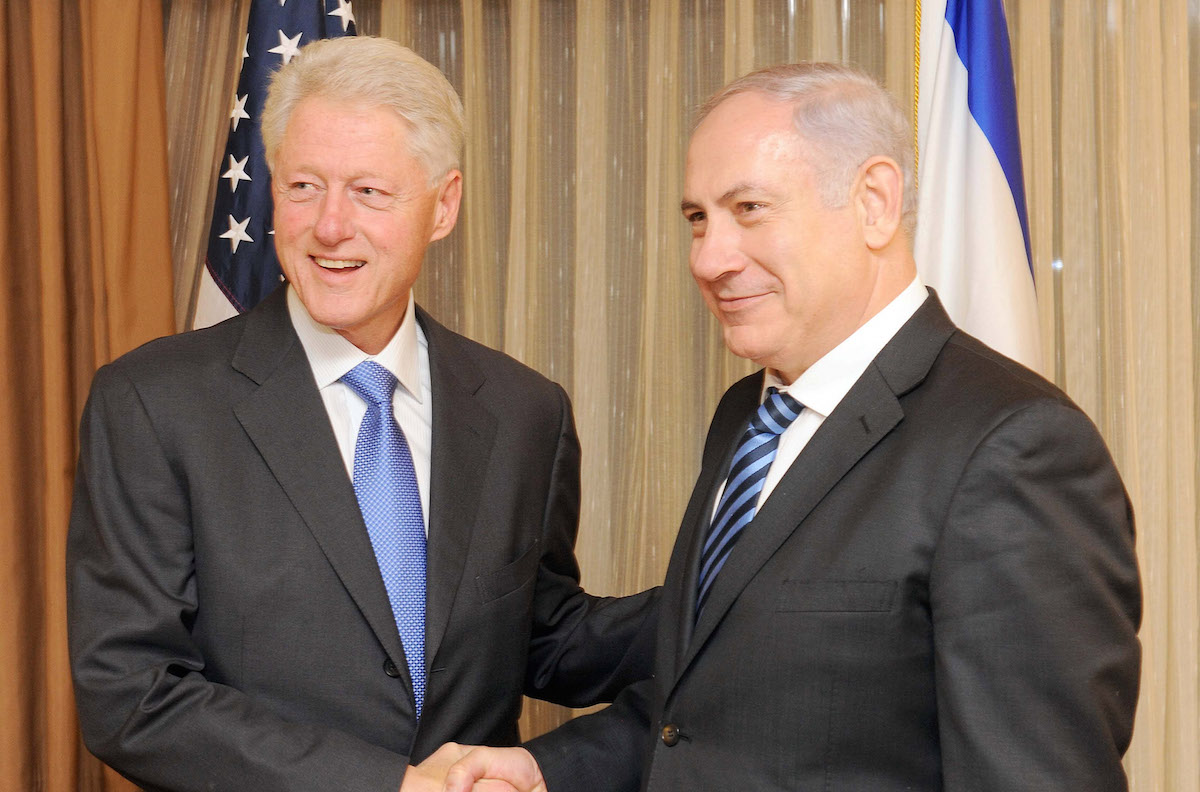 WASHINGTON (JTA) — By now it should be obvious how absurd it is to call President Barack Obama Israel’s “best friend” ever, as Thomas Friedman of The New York Times has claimed.

A Blame Israel Firster, Obama won’t use his moral authority to try stopping the instigators of this latest spate of violence, the Palestinians. Unfortunately he never learned from his Democratic predecessor how to tell the good guys from the bad guys in the Middle East.

While Bill Clinton also endorsed a Palestinian state, and also felt frustrated with Prime Minister Benjamin Netanyahu, he blamed the Palestinians for terrorism and Yasser Arafat for derailing the peace talks in 2000. Clinton finger-pointed when necessary, not always retreating into “cycle of violence” moral equivalences.

He distinguished between Israeli willingness and Palestinian foot-dragging. He never confused Israeli innocents with Palestinian terrorists. This Democratic president clearly stated that “the PLO must do everything it can to end terrorism against Israel.” With his down-to-earth “Bubba” style, he denounced terrorists as “the forces of doom and gloom,” while advising the Palestinians that “struggle and pain and destruction and self-destruction are way overrated, and not the only option.” 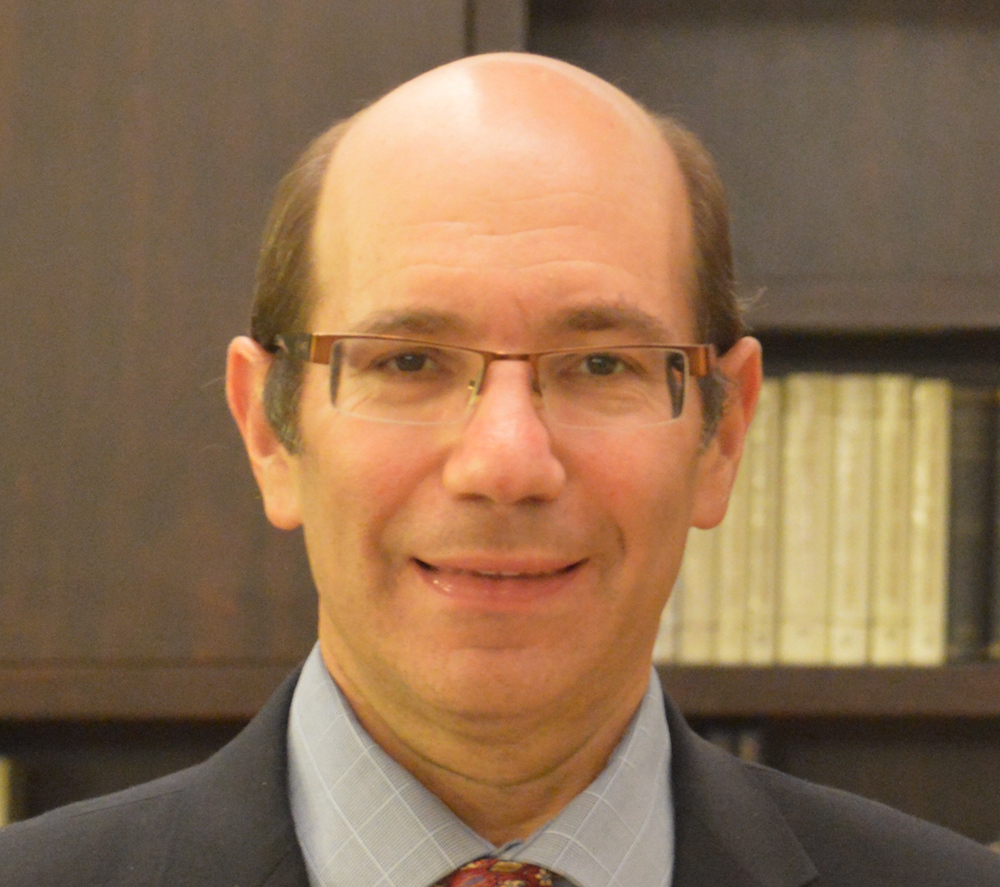 Bill Clinton was an empath. He conveyed his love for Israel with words, gestures and flourishes. Heartbroken when an Israeli fanatic assassinated his friend Yitzhak Rabin, Clinton captured the world’s anguish with his famous “Shalom, chaver” sendoff. On Saturday, Clinton will speak at a rally in Tel Aviv to mark the 20th anniversary of Rabin’s murder.

Clinton charmed Israelis, reassuring many who felt he pressured Israel to relinquish too much territory to the Palestinians. Even when Netanyahu’s obstructionism exasperated him, Clinton palled around with Bibi. Obama has scowled.

Visiting Israel in March 1996 following two suicide bus bombings, Clinton defied the Secret Service by visiting Bet Chinuch, a Jerusalem high school mourning three students. The president called two recovering victims on the phone. Later that day, and visibly moved, he told young Israelis: “We know your pain is unimaginable and to some extent unshareable, but America grieves with you.” He called terrorists “destroyers” gripped by “that ancient fear that life can only be lived … if you’re hating someone else.” He backed up his words with $100 million in anti-terror funding.

Clinton differentiated between Israeli openness, even if wary, and Palestinian resistance, even if camouflaged. My new book, “The Age of Clinton: America in the 1990s,” retells how when Arafat made his unprecedented 24th White House visit in January 2001, shortly before Clinton left office, the president was fuming. At Camp David the previous summer, Israeli Prime Minister Ehud Barak had offered to withdraw from most of the 1967 territories and compensate the Palestinians with land swaps. Arafat never even counteroffered.

The oleaginous terrorist tried flattering the president, calling him a great man.

“I am not a great man,” Clinton replied, “I am a failure. And you have made me one.”

Also in January 2001, Clinton, in his characteristically colloquial way, warned the Palestinians: “There will always be those who are sitting outside in the peanut gallery of the Middle East urging you to hold out for more, or to plant one more bomb.” He begged them to resist those luring them to “the path of no.”

“We continue to stress to leaders on both sides the importance of condemning violence and combating incitement,” Obama’s press secretary, Josh Earnest, has said. This mealymouthed amoralism reinforces Obama’s technocratic urging of both parties to try to “tamp down rhetoric that may feed violence or anger or misunderstanding.”

The Clinton-Obama contrast reflects two conflicting worldviews. Clinton entered office as such a national security novice that Ronald Reagan had to teach him how to salute. But Clinton’s passivity amid massacres in Bosnia and genocide in Rwanda transformed him. He realized that when America doesn’t lead, evil flourishes. He became a neoliberal interventionist, deploying the military to advance Western values in Kosovo and expressing zero tolerance for terrorism.

Regarding the Middle East, Obama should learn from Clinton that Palestinian desires to exterminate Israel — expressed through incitement and terrorism — remain the biggest obstacle to peace. If Obama, like Clinton, held Palestinians responsible for turning toward terrorism, he would be treating them as mature decision makers, not infantilized victims.

Even with Obama’s military generosity to Israel, a true friend, let alone a “best friend,” would not always blame Israel first, or obscure Palestinian responsibility by blaming both sides, especially when Palestinians attack Israel. Muddled morality emboldens Palestinian terrorists, who interpret such dithering as greenlighting their bloodlust.

Obama should duplicate Clinton’s moral clarity. Obama must finally, belatedly, blame the Palestinians directly, pressuring Palestinian Authority President Mahmoud Abbas and company to stop the violence. Obama should disagree with Secretary of State John Kerry, who blamed the settlements — not lies about the Temple Mount — for this latest eruption.

Clinton understood something Obama cannot comprehend: The world’s one-sided condemnations of Israel compound the trauma of Palestinian terror, reminding Israelis of the long history of anti-Semitic oppression — which Clinton frequently acknowledged. As a lonely, too-often-abandoned democracy, Israel responds to support, warmth, protectiveness. Even though many Israelis disagreed with Clinton’s policies, they trusted him, loved him and thus were willing to compromise.

(Gil Troy is a professor of history at McGill University and a visiting scholar at the Brookings Institution. His newest book, “The Age of Clinton: America in the 1990s,” was just published by St. Martin’s Press.)