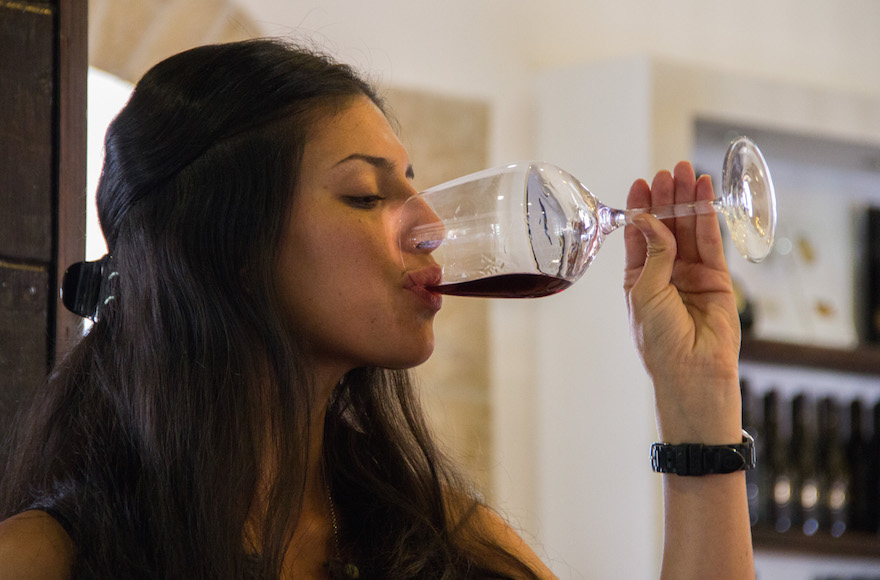 A young woman sipping from her glass of wine in the Psagot winery in the West Bank, July 29, 2015. (Garrett Mills/Flash 90)
Advertisement

(JTA) — A team of Israeli researchers has created a white wine made from grapes indigenous to Israel.

The researchers, based at Ariel University in the West Bank and headed by Dr. Elyashiv Drori, have been trying to find grape varieties indigenous to Israel since 2011. Using research about the biblical era and teams of field researchers, Drori located a living sample of the indigenous Marawi grape species.

Israel’s Recanati Winery then grew the grapes, and has now produced nearly 2,500 bottles of Marawi wine. The bottles were first presented on Oct. 18 at the International Milan EXPO, a world’s fair in Italy whose exhibits focus on food production.

“It’s not interesting to make chardonnay in Israel because there’s chardonnay that comes from California,” Drori, the agriculture and oenology research coordinator at the Samaria and Jordan Rift Center of Ariel University, told JTA last year. “But if you can make wine in Israel that isn’t elsewhere and that connects to the history here, that’s much more interesting.”