Is Abbas responsible for inciting the terror in Israel? 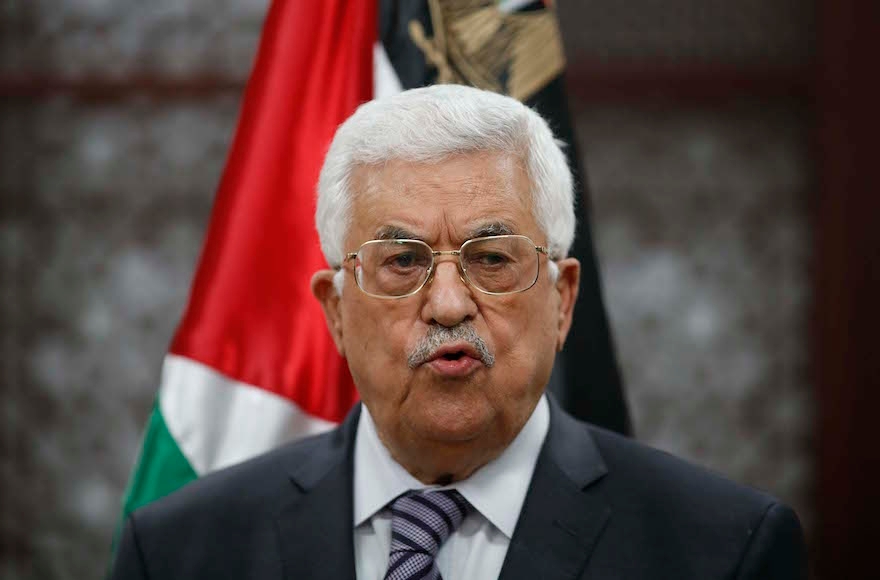 It’s that sort of rhetoric that has led Israeli Prime Minister Benjamin Netanyahu to charge Abbas with inciting the wave of stabbing attacks by Palestinians that has swept Israel over the past month.

But some Palestinian and Israeli experts say Abbas does not support violence and has little power to influence the attacks. They note his long history of supporting nonviolent resistance, reiterated as recently as September in a speech to the United Nations, and the continued cooperation of Palestinian security forces with their Israeli counterparts.

And though his rhetoric may be harsh, these experts say, Abbas has so little influence among his constituents that his statements have scant effect.

“Abbas couldn’t even incite a rabid dog,” said Mouin Rabbani, a senior fellow at the Institute for Palestine Studies think tank. “It’s not just him as a leader having no authority and influence, it’s the whole political class. The people who have been demonstrating, carrying out these spasms, have been acting on a completely unorganized basis.”

Last month, Israel released a compilation of recent statements and social media posts from Abbas’ Fatah faction that the government says amounts to incitement to violence. Examples showed caricatures of Jews being stabbed and punched.

“These Palestinian kids were indoctrinated on a daily basis in schools, in kindergarten even, in children’s magazines published by the Palestinian Authority, by Palestinian TV,” said Yuval Steinitz, Israel’s energy minister, at a media briefing last month, referring to Palestinian children who had engaged in acts of violence aimed at Israelis. “There is no other explanation.”

Speaking to the United Nations in September, Abbas accused Israel of threatening Palestinian religious rights at the Temple Mount, a charge Israel vehemently denies. Earlier in the month, in an interview on Palestinian television, Abbas said: “We welcome every drop of blood spilled in Jerusalem.” Speaking about the Al-Aqsa mosque in Jerusalem, he said Israelis “have no right to dirty it with their filthy feet.”

In October, Abbas falsely claimed in a speech that Israeli forces killed a 13-year-old Palestinian who had attempted a stabbing. In fact, the boy was recovering in an Israeli hospital.

This kind of language, said Eran Lerman, a former deputy chief of Israel’s National Security Council, is endemic to the Palestinian leadership.

“In the Palestinian domestic arena, the more virulent you are, the more influential you’re likely to be,” said Lerman, a fellow at Bar-Ilan University’s Begin-Sadat Center for Strategic Studies. He said attackers “continue to draw encouragement from a climate of incitement, and in this respect there’s no question that the P.A.’s behavior is a contributing factor.”

“He said some pretty bad things in his recent speech. He shouldn’t have said some of the things he said,” said Gershon Baskin, founder of the Israel-Palestine Center for Research and Information, a joint Israeli-Palestinian think tank, referring to Abbas’ U.N. address.

“But he’s talking to his home audience,” Baskin added. “Now he’s facing a situation where he has little legitimacy on the ground. Most people think he should pack up and go. He’s holding onto whatever legitimacy he can gather.”

But even if Abbas were to take a more dovish tack, said Elias Zananiri, deputy chairman of the PLO Committee for Interaction with Israeli Society, there’s little he could do to stop the violence. The Palestinian Authority, Zananiri said, has little control over what have, in many cases, been lone wolf attacks by young men.

“It’s not an organized campaign against Israel,” he said. “It’s boys going to school, [and] on the way back from school they try to stab an Israeli. That’s a question that’s far beyond everybody, not just President Abbas.”