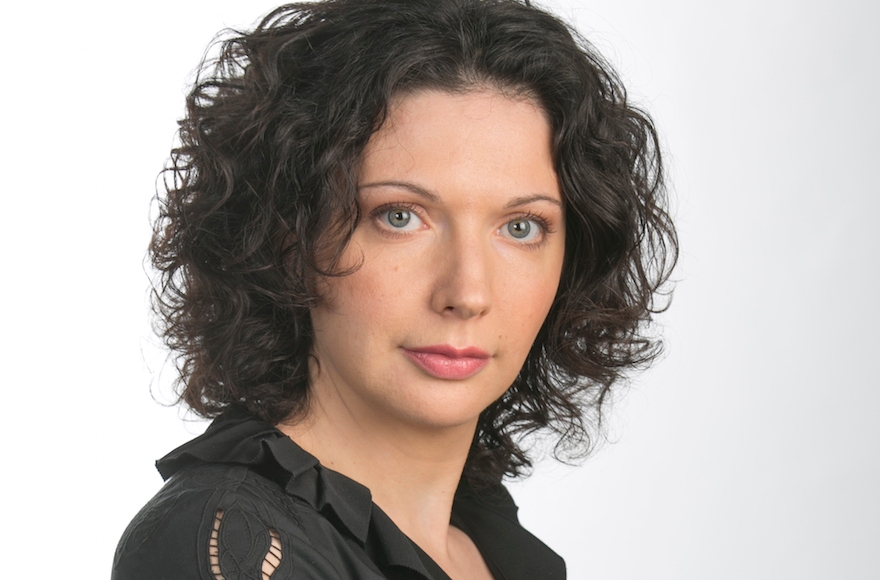 Irina Nevzlin Kogan, chair of the Board of Directors of Beit Hatfutsot -- The Museum of the Jewish People (Yanai Yehieli)
Advertisement

This article is kicking off a series on Jewish migration that is being sponsored by the Museum of the Jewish People at Beit Hatfutsot, the sole institution anywhere in the world devoted to sharing the complete story of the Jewish people with millions of visitors from all walks of life. To learn more about the musem, click here.

TEL AVIV — Irina Nevzlin didn’t know she was Jewish until she was 7, and even then she wasn’t quite sure.

So it’s pretty remarkable that the Moscow native — who grew up in Soviet Russia under the dual shields of privilege and protection — is now the driving force behind a massive $100 million overhaul of Tel Aviv’s Beit Hatfutsot-The Museum of the Jewish People.

Nevzlin’s father, Leonid Nevzlin, is an astonishingly wealthy Russian oligarch (Forbes estimated his net worth at $2 billion) and once was one of the top shareholders of the Yukos Oil Company, which in the early 2000s was seized and expropriated by the Russian government in a campaign of trumped-up charges and false accusations.

After Nevzlin’s business partner Mikhail Khodorkovsky – once the richest man in Russia and a potential political rival to Putin – was imprisoned in a series of Kafkaesque trials, Nevzlin openly criticized the Russian government and has found himself at odds with the Kremlin for over a decade.

As a father, however, Nevzlin sought to shield his children from the bitter frost of Cold War-era anti-Semitism that he grew up with. As a public figure, Russians knew Nevzlin was Jewish, but at home he never spoke to his family of their Jewish heritage, and he banished all relics of religious observance from their household.

So in 1985, when Irina Nevzlin was walking on a Moscow street and a stranger called her a slew of expletives, including the word “Jew,” she was baffled. She went to school and found her grandmother, who taught there, to ask what the stranger had meant.

“I had no idea I was Jewish,” Nevzlin, 37, says today. “When I was called that name and went to ask my grandmother about it, she said two things: First, there are only two Jews in this school, you and me; and second, you are never to talk about it.”

But in Soviet Moscow, some secrets were impossible to keep. Nevzlin was actually not the only Jewish student at her school, and a few years later, when one of her classmates transferred to a private Jewish day school and encouraged her to join him, she was oddly compelled. She decided to visit for a day to see if she liked it, and ended up being shocked by the pull she felt.

“The reason I work at Beit Hatfutsot today is because of the day I was accepted to that school,” Nevzlin explains. “When I got into that school, I had this feeling that I was finally home. And it was something that I had never felt before.”

Like many day schools, the curriculum was a blend of the basics – literature, mathematics and sciences – as well as Hebrew language, Jewish tradition, the history of Israel and the Jewish people. Nevzlin ’s family was less than pleased that their daughter suddenly wanted to throw herself into tradition and openly explore her Judaism, but as she puts it, she was 13 at the time and already quite skilled in the art of negotiation.

“I’ve always been like that,” she says with a faint smile. “If a decision has been made, there’s really not much you can say to me about it afterward.”

Today, Nevzlin serves as chair of Beit Hatfutsot’s board of directors and says she can point to her very first day at the Jewish school as the moment that defined her future as a woman and Jew. Uncovering the Jewish community and realizing her own place within it, she says, changed her forever. 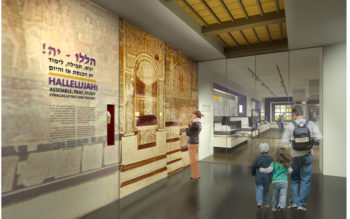 “It’s what shaped me as a personality, more than anything else,” she says. “When I think of how I ended up at Beit Hatfutsot, it’s from this feeling I received, of being part of a family and belonging to something bigger than just me.”

After graduating from primary school and working for a few years in Moscow, Nevzlin earned bachelor’s and master’s degrees in economics and spent several years in London working as a lobbyist and public relations executive. Her father fled Russia for Israel in 2003 in the wake of a widely criticized government crackdown on his business and in 2006, for reasons that Nevzlin says at the time she couldn’t have articulated, she decided to follow him and make aliyah herself.

Today she lives in Herzliya with her two sons, Yasha, 7, and Ilya, 4, and spends her days spearheading one of the most ambitious museum overhauls that Israel has ever seen.

When it opened in 1978, Beit Hatfutsot – which sits on the campus of Tel Aviv University – was groundbreaking for its embrace of technology, including computers and audiovisual displays.

READ: Sentencing of Russian Jewish tycoon seen as a way to keep Putin in power

At the time, its founders envisioned a central depository for the vast, diverse history of the entire Jewish Diaspora. Over time, however, museum attendance dwindled and visitors came to know it chiefly for its two main draws: an extensive database of Jewish names that could be searched by those looking for information on their ancestors, and a lovely exhibit showing models of Jewish synagogues around the world.

Now, with Nevzlin at the helm and with the support of the Israeli government, the museum is being reborn with a new name: The Museum of the Jewish People. The Nadav Foundation, which was founded in 2003 by Nevzlin’s father and two of his business partners, has contributed approximately $20 million, according to museum officials.

As chair of the museum’s board, Nevzlin is involved in every aspect of the overhaul, including planning exhibits, developing content, reaching out to Diaspora Jews and leading a staff of hundreds of designers, planners and academic researchers.

The full grand opening is slated for 2018, but a first phase, consisting of four exhibits — the story of Bob Dylan, a look at Jewish superheroes, the history of Operation Moses and an updated, tech-savvy retake of the famed synagogue models — will open to the public in May 2016.

Three months prior, in February of next year, the museum will launch its online arm, a fully searchable, completely updated database of geotagged Jewish surnames, allowing visitors to input whatever they know of their family histories and instantly tap into extensive information about their ancestors and the communities they came from.

At its core, the museum’s relaunch is about getting visitors to truly connect to the history of the Jewish people, and the way to do that, Nevzlin says, is to help them see themselves as a piece of it.

“There’s such a deepness and richness to our story, and if it’s not told properly, people don’t feel connected to it,” Nevzlin says. “We used to live in a world where information was exclusive, but that’s the not the case anymore. We aren’t building a museum that tells you the story. We are making you a part of the story.”