In rare exception to Jewish law, body exhumed in Germany for burial in Chicago 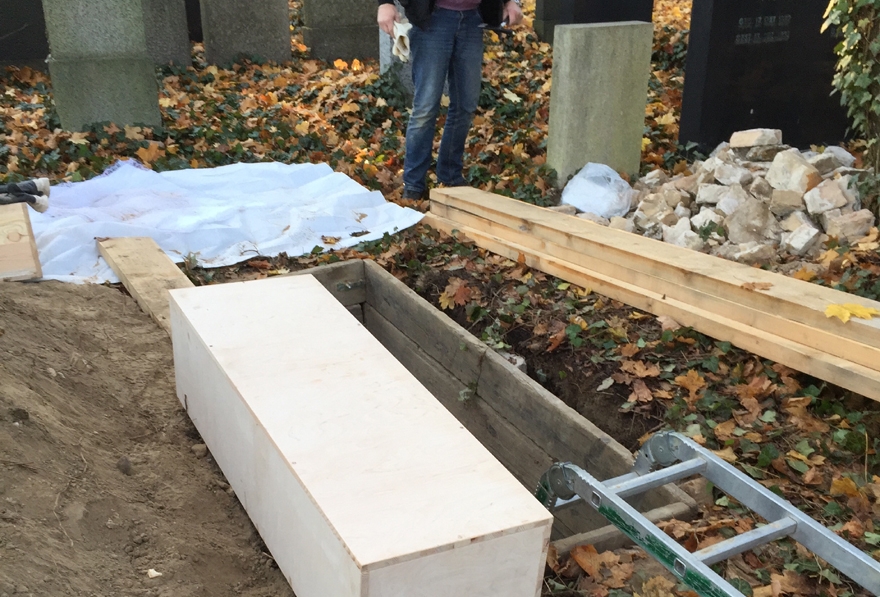 A coffin at a Berlin Jewish cemetery being prepared for shipment to Chicago on Nov. 4, 2015. (Chevra Kadisha)
Advertisement

(JTA) — The body of a Lithuanian Jewish woman who died in Germany 78 years ago was exhumed for reburial next to her husband in Chicago.

Wednesday’s exhumation of the woman, whose family asked not to be named by the media, was a rare exception to Jewish religious laws that forbid disturbing graves under all but very special circumstances, Yehudah Teichtal, a rabbi of the Jewish Community of Berlin, told JTA. Teichtal oversaw the procedure.

The woman arrived in Germany from Lithuania in 1937 with her family en route to the United States but died in Berlin.

“The Nazis and Adolf Hitler were already in power, there was not time to wait around, so the family had to bury her in Berlin and move on,” said Teichtal, who prepared the woman’s coffin for shipment on Friday.

The woman’s husband was buried in 1941 in a double plot in Chicago in anticipation of his wife’s reburial there.

Based on precedents in the Shulchan Aruch, a code of Jewish law, the exhumation was conducted with special permission from Rabbi Yakov Ruza, a prominent authority in Israel on forensic medicine.

“It’s not a decision I took lightly,” Teichtal told JTA, “and it involved a lot of consultation in Jewish sources and an expert opinion.”

Teichtal said he was not aware of any exhumation from a Jewish cemetery in Berlin in recent decades. He added that it was also made possible partially because the woman expressed her desire before witnesses to be buried next to her husband and family before passing away.

“The relocation of the woman’s body was of extreme importance to the family,” Teichtal said. “They are very happy and relieved that this has been achieved after all these years.”