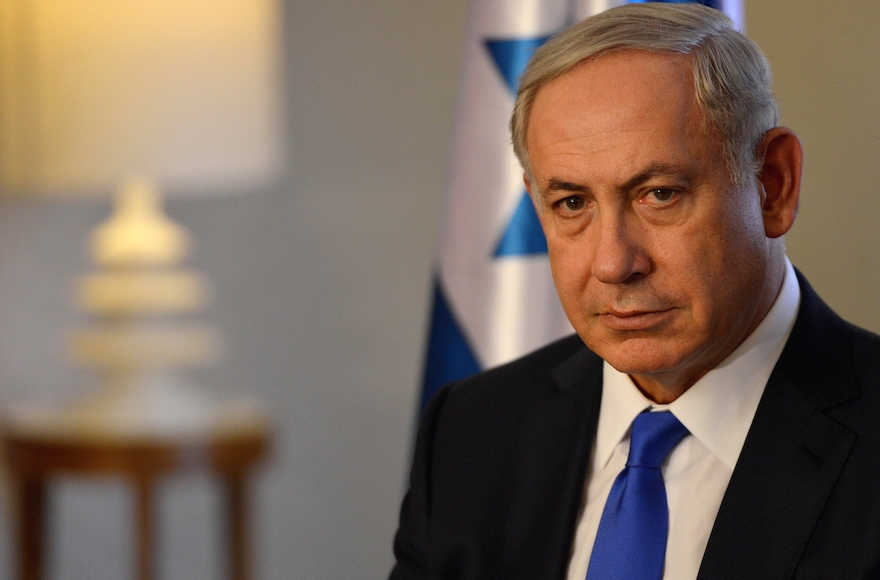 Netanyahu made the remark to U.S. Secretary of State John Kerry on Thursday, according to U.S. State Department spokesman John Kirby. The prime minister has tapped Ran Baratz, a former university lecturer who posted on Facebook in March that Obama’s reaction to Netanyahu’s speech to Congress was “modern anti-Semitism,” to head Israel’s National Information Directorate.

On Thursday, Baratz apologized for his comments, as well as for not alerting Netanyahu to the comments before his appointment was announced, in a Facebook post. Baratz said he asked the prime minister for an opportunity to clear things up in the coming days.

Netanyahu is scheduled to meet with Obama in Washington for the first time in a year. He is expected to ask for an arms package from the United States worth tens of billions of dollars.

Baratz’s Facebook comments, which also mocked Kerry and Israeli President Reuven Rivlin, came to light earlier in the week when Rivlin’s bureau requested an explanation from the Prime Minister’s Office.

“Obama’s reference to Netanyahu’s speech – this is what modern anti-Semitism looks like in Western and liberal countries,” Baratz wrote on Facebook on March 3. “And it comes, of course, alongside much tolerance and understanding toward Islamic anti-Semitism. So much tolerance and understanding that they are willing to give [Iran] an atom[ic bomb].”

Baratz’s appointment must still be approved by the Israeli Cabinet.