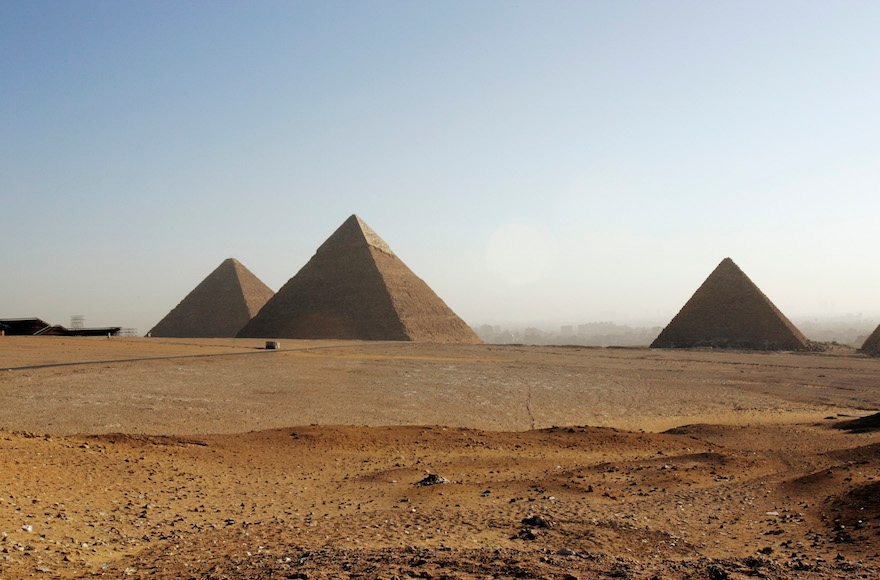 (JTA) — A Jewish expert on biblical archaeology said she knows of no scholar or archaeologist who agrees with Republican presidential candidate Ben Carson’s theory that Joseph built the Egyptian pyramids.

In an email interview with The Associated Press, Jodi Magness, who holds the senior endowed chair in the Department of Religious Studies at the University of North Carolina-Chapel Hill, said scholars and archaeologists are in agreement that the pyramids were built to be royal tombs and not, as Carson says, as grain storage when the biblical Joseph was advising the pharaoh.

Carson, a Seventh-day Adventist, said Thursday that he stands by statements he made about the pyramids in a 1998 video that was posted on BuzzFeed earlier this week.

Magnes, who holds degrees from the Hebrew University of Jerusalem and the University of Pennsylvania, told the AP, “This is not an academic topic of debate. The use of the pyramids as tombs is verified by both written [literary] sources and archaeological evidence.”

The pyramids’ narrow, secret corridors were unsuitable for grains storage, she said.

Daniel Weber, a spokesman for the Seventh-day Adventist Church, told the AP that Carson’s belief about the pyramids are “his own interpretation.”

“Of course, we believe in the biblical account of Joseph and the famine,” Weber said. “But I’ve never heard the idea that pyramids were storehouses of grain.”

The story of Joseph advising the pharaoh appears in the Miketz Torah portion, in Genesis, and will be read in synagogues next month.

Carson has made other controversial statements about Jewish history during the campaign, arguing in October that were it not for gun control in Nazi Germany, fewer Jews would have died in the Holocaust.