How the world’s longest-running Chabad house survives in Morocco 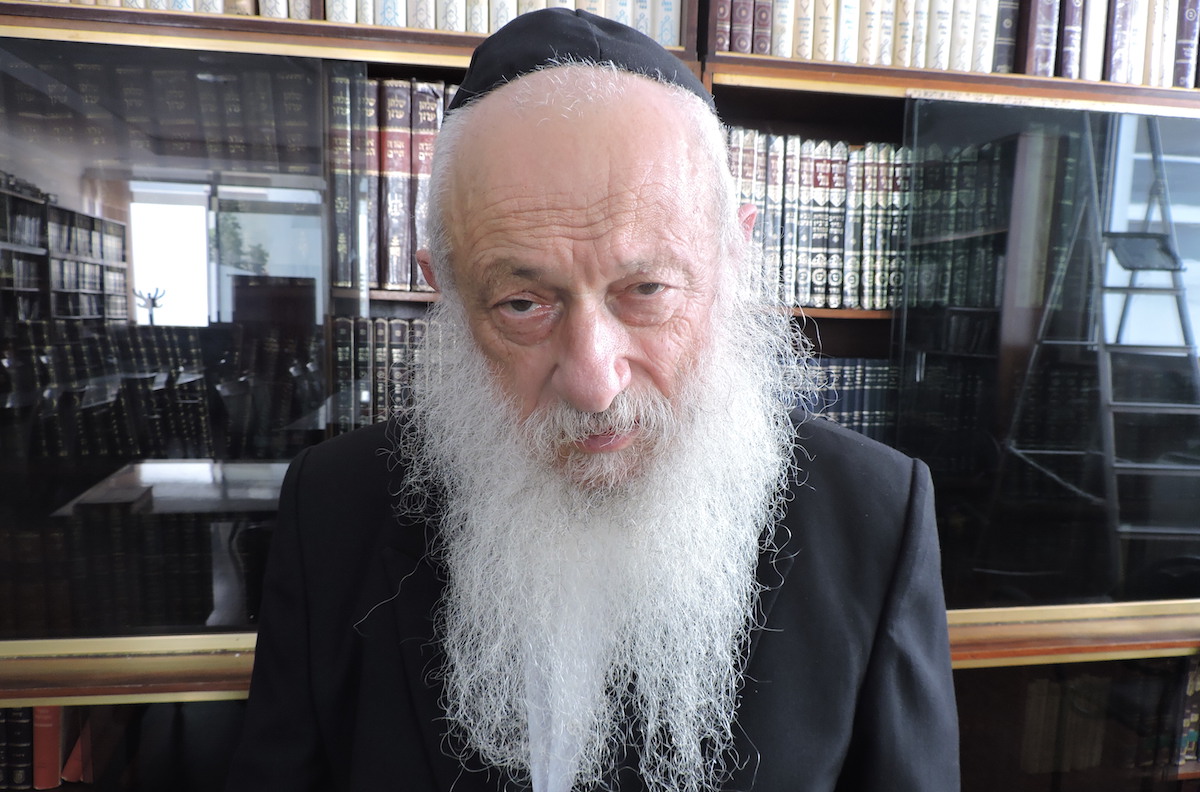 Rabbi Shalom Edelman has served as a Chabad emissary in Morocco since 1958. (Ben Sales)
Advertisement

CASABLANCA, Morocco (JTA) — Raizel Raskin’s office feels like a cluttered museum of Moroccan Jewish heritage. A photo from an old Jewish summer camp lays on the table. Another, of a rabbi meeting Moroccan dignitaries, hangs on the wall. Outside the door is a bookshelf filled with Hasidic tracts translated into Arabic.

But the rest of Chabad’s multistory complex here looks almost abandoned. Once a school bustling with hundreds of Jewish children, the facility today is largely an empty shell, with dust collecting on unused sports equipment and desks sitting disorganized in unused classrooms. Even the portrait of Menachem Mendel Schneerson, the movement’s late leader whose bearded face typically occupies a place of honored prominence in Chabad homes, is peeling off the wall of the foyer.

“Every emissary has their own problems,” said Raskin, who moved to Morocco from France with her husband, Yehuda, in 1960. Pointing at the bird, she added, “This is also part of the Morocco experience.”

At 65 years old, the Chabad in Casablanca is the Hasidic movement’s oldest outpost in the world, and one of only two in the Arab world (the other is in Tunis). Chabad’s first emissaries arrived there in 1950, the beta test for what would grow into a global movement of thousands of Chabad rabbis and their wives scattered across six continents. 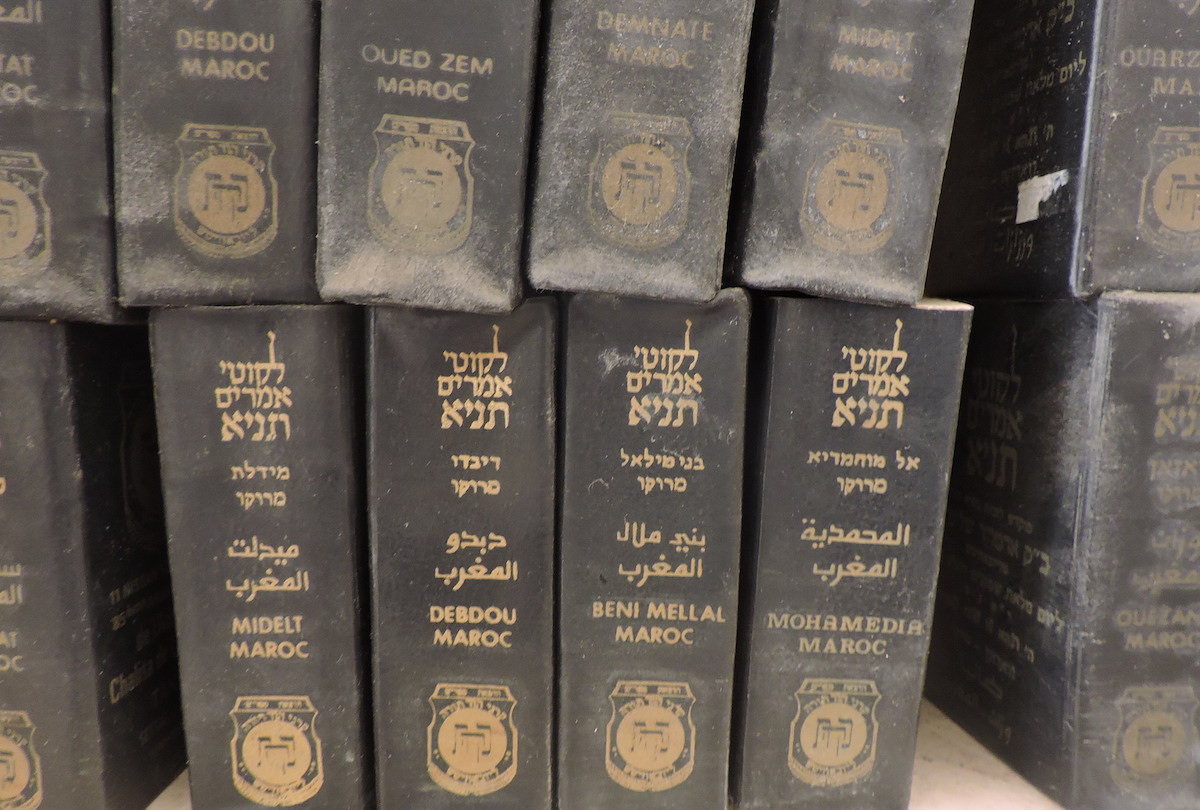 Volumes of an Arabic translation of a Hasidic text at the Chabad outpost in Casablanca. (Ben Sales)

In its early years, Morocco’s Jewish population numbered 250,000 and Chabad served 5,000 students in schools across the country. But following the establishment of Israel in 1948 and Morocco’s independence from France in 1956, the vast majority emigrated.

READ: In off year for Israel, Morocco is etrog hot spot this Sukkot

Today, Chabad runs classes, weekend programs and a summer camp for the 2,500 Jews who remain. The week before Rosh Hashanah, raw chickens sat on crates ready to be cooked.

Chabad has survived here by keeping a low profile and maintaining good relations with the government. Like other Jewish institutions in Morocco, Chabad’s activities take place mostly behind closed doors. Its main building in Casablanca is unmarked, and a second facility is accessible through a winding alley removed from the street, with little outward identification.

Local rabbis also avoid talking about the Jewish state. Rabbi Levi Banon, who was born in Morocco and returned to run the operation in 2009, says Casablancans are mostly indifferent — or even friendly — toward Jews, though tension does flare during Israel’s frequent military operations. Raskin said that during Israel’s earlier wars, Moroccans would throw stones at Jews.

“Moroccan people are good people,” Banon said. “To them, the most important is the human touch and the human instinct. That’s more important than politics.” 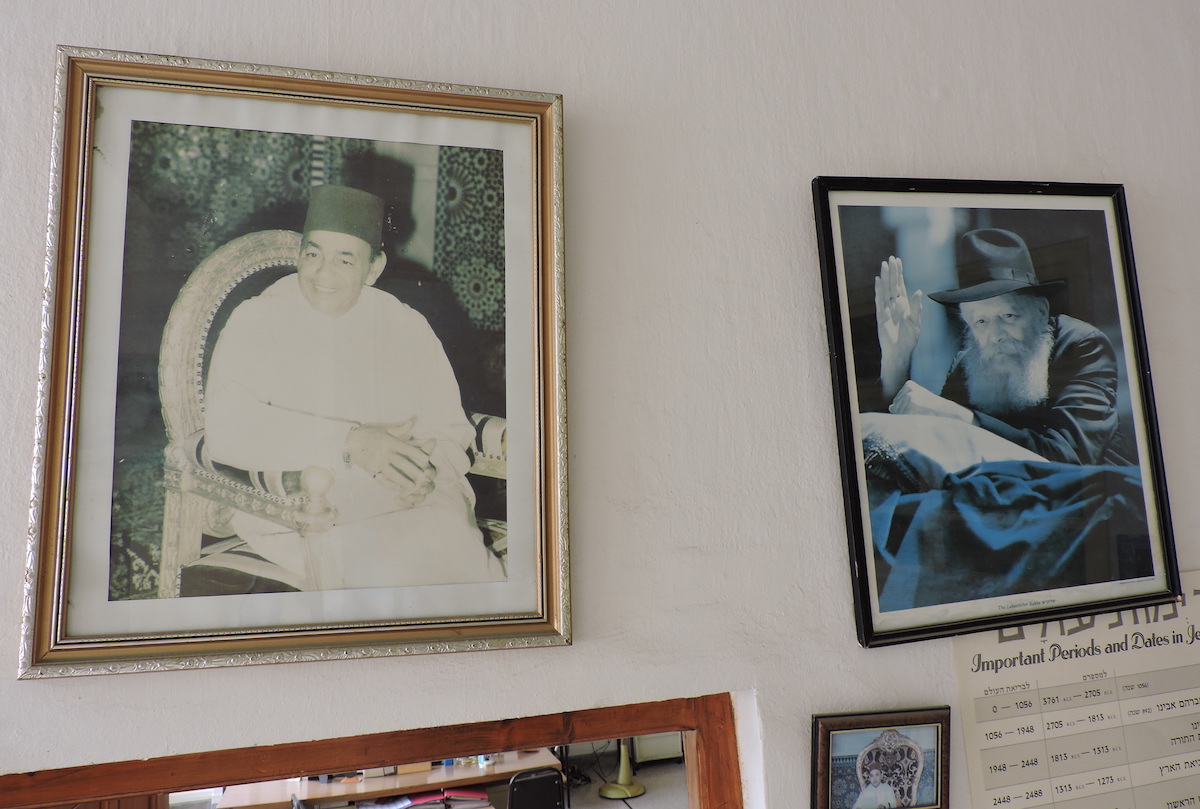 The first Chabad rabbi in Morocco, Michael Lipsker, was dispatched by Schneerson at the behest of his predecessor, Yosef Yitzchak Schneersohn, who wanted Chabad to help ensure the country’s long rabbinic tradition wouldn’t be lost.

“The tradition is very strong here — everyone has his own customs, his family’s customs,” said Raskin, whose husband served as the Morocco emissary for more than four decades until his death in 2004. “The previous rebbe said that the Jews of Morocco have a lot to do.”

Chabad has persisted through the years by staying in the good graces of Morocco’s rulers. A photo of King Mohammed VI hangs next to Schneerson’s portrait near the building’s entrance, and Banon says Schneerson kept a correspondence with Mohammed’s father, Hassan II.

Hassan’s United Nations ambassador even visited Schneerson in Brooklyn in 1988.

“You have done much good for the Jews there,” Schneerson told him, before giving him two dollar bills for charity — one for himself, one for the king — a tradition Schneerson maintained with many of his visitors for years.

“There were a few problems, but not from the government,” said Rabbi Shalom Edelman, who has served as a Chabad emissary in Morocco since 1958. “The government was always good to Jews.”

In recent years, Morocco has experienced what the Chabad emissaries describe as a newfound openness to the world. The standard of living has risen and, though Morocco and Israel don’t have formal diplomatic relations, Chabad rabbis can still freely travel between the two countries, an impossibility in the 1960s.

But none of that is likely to result in a resurgence of Jewish life in the country. While Raskin and Edelman are happy so many emigres have moved to Israel, they feel like caretakers for the vestiges of what was once an illustrious community.

“I know they went to Israel, to a safe place I can’t worry about, to a good place for fearing God,” Edelman said. “But for us, it’s harder. We need to fill a space. We educated them and they left, so what we accomplished left.”