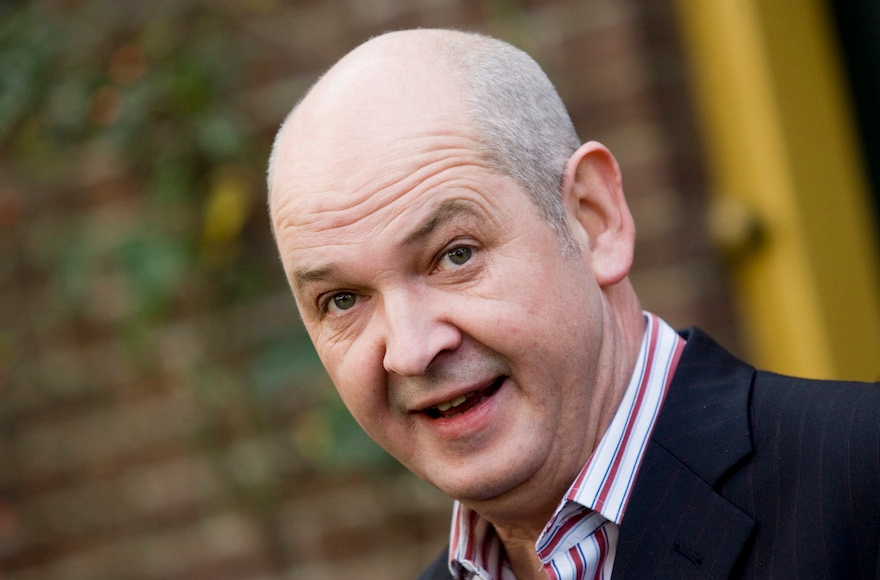 AMSTERDAM (JTA) — The chairman of the Dutch Socialist Party said the perpetrators of the attacks in Paris acted in part out of frustration over the Palestinian-Israeli conflict.

Jan Marijnissen linked last Friday’s attacks, which left at least 129 dead and which French President Francois Hollande said were planned by the Islamic State terrorist group in Syria, to the Palestinian issue during an interview Monday with the Dutch station NPO Radio1.

“Their behavior eventually is connected also to the Palestinian-Israeli conflict,” Marijnissen said of the perpetrators. “The guys – I assume they were guys – who carried out the attacks probably come from a group of outraged people from the French suburbs.”

The Palestinian-Israeli conflict, he added, “is the growth medium for such an attack.”

On Monday, Israel’s Foreign Ministry and the European Jewish Congress harshly condemned similar comments by Swedish Foreign Minister Margot Wallstrom, who said, “To counteract the radicalization, we must go back to the situation such as the one in the Middle East of which not the least the Palestinians see that there is no future: We must either accept a desperate situation or resort to violence.”

EJC President Moshe Kantor said her view was “borderline racist” because she focused on the one conflict involving Jews in explaining the attacks.  Israel said her comments were “appallingly impudent.”

Susanne Sznajderman-Rytz, a Swedish Jewish linguist, said she confronted the minister about the issue on the street, and the minister told her, “The Jews are campaigning against me,” though a ministry spokesman later denied the minister had made the comment.

Sweden’s Foreign Ministry issued a statement saying Wallstrom “has neither directly nor indirectly linked the terrorist attacks in Paris to the situation in Israel and Palestine,” adding the controversy owes to “a misunderstanding” that “will be clarified shortly.”