Cycling crosstown through a traumatized Paris 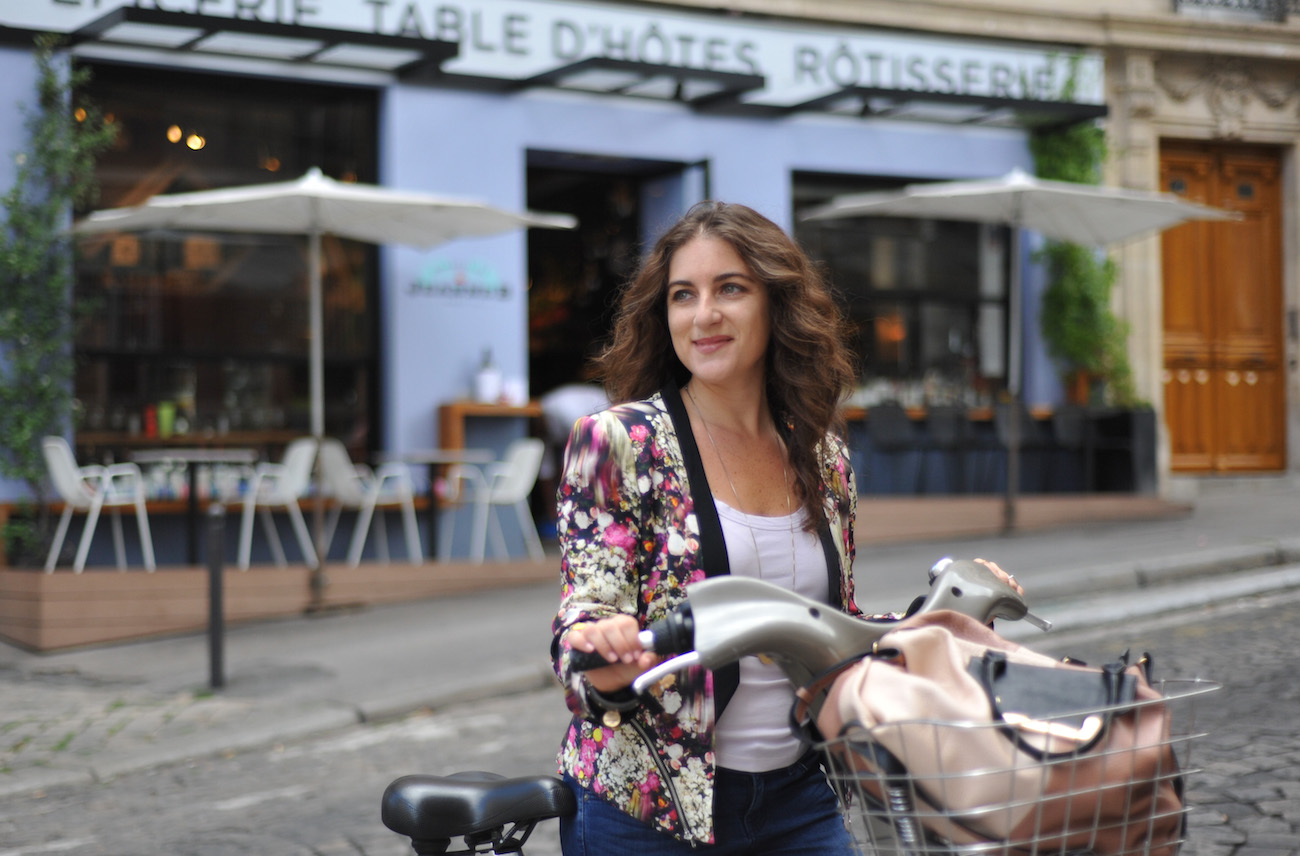 Sara Lieberman is a New York native who moved to Paris a year ago. (Krystal Kenney)
Advertisement

It had been nearly 72 hours since the terrorist attacks on Paris and I was determined to see my friend Lindsey, who lives strikingly close to the locations that were targeted. She had been the one I was texting about something completely irrelevant on Friday night when we learned something was amiss.

Despite all the phone calls and messages we sent since, and really only knowing each other for less than a year, I wanted to hug her. But I was fearful of traveling too far from home. Of being in her neighborhood. That neighborhood.

Which is ridiculous, really. Because her neighborhood could very well have been my neighborhood in Montmartre. It could have been any number of convivial quartiers in this city I adopted a year ago as my home, having fallen in love with its Beaufort cheese, Bordier butter and Bordeaux.

But unlike 10 months ago, when I rallied with thousands after the Charlie Hebdo attacks and held up my pen in solidarity with Parisians marching at Place de la Republique, this time it felt different. This time, they targeted me and my friends and my friends’ boss and co-worker and cousin’s boyfriend’s best friend out for fun on a Friday night. They targeted the joie de vivre this city is known for. And so I felt immobilized, as if I had a target on my back, too.

It felt unsafe to be anywhere other than behind my locked apartment door — especially after sundown. This coming from a New Yorker who lived through 9/11. From a world traveler who backpacked solo through Third World countries. I know Fear. I’ve tackled Fear. And yet, until the third day came round, Fear had been tackling me.

Come Monday, though, I was ready to venture beyond my immediate environs and into the everyday. In trying to do so, I came face to face with the New Normal: mayhem in the metro. I exited one line to transfer to another at Gare Saint-Lazare, only to find gun-toting policeman saying “ferme,” closed, with no further explanation.

Thankfully, there was a nearby station for Velib, Paris’ public bike share system, with only one bike left: the bum bike with the backwards seat.

Riding it along the busy boulevard during the start of rush hour felt both exhilarating and nonsensical. I could hear my mother yelling in my ear, “You’re nuts! And without a helmet? Oy! Go back home! Why are you doing this?”

Why was I doing this? Was it an act of defiance, trying to prove the terrorists can’t stop me? Was it seeing Lindsey for a mere embrace? Was it the need to be close to a member of the tribe, one of the few Jewish friends I’ve made here in Paris?

I persisted, despite continually being met with obstacles, both physical and emotional. My ride took me through Place de la Republique, which was a completely different scene from the one back in January. Now the square was populated with dozens of white media vans, their antennas as high and mighty as the French flags flying around the world in support. Tents had been erected and film crews with ear pieces roamed about speaking various languages. It was as if I had ridden onto the set of an action film, only no one was yelling “cut.” The realness and rawness kept rolling and rolling.

As I continued across town, I focused on the other scenes in my peripheral vision: the school kids crossing the street as if it were just another Monday; the classically French old woman in a scarf with a baguette under her arm; the young guy carrying a bouquet of flowers, smoking a cigarette. I assumed he was en route to a memorial as opposed to meeting his amour for dinner, but there really was no way to know.

Upon finally reaching Lindsey at her local cafe, I flew in like a cuckoo bird out of breath and out of sorts. We embraced and we both ordered an alcoholic cider, since they were closing in half an hour and had just shut the espresso machine.

Not that we needed the caffeine, despite feeling both physically and mentally exhausted. In times like these, one runs on adrenaline, courage and hope. And, if you’re lucky, a busted bike that allows you to keep on pedaling anyway.

(Sara Lieberman is a freelance travel and lifestyle journalist whose work appears in The New York Times, The Wall Street Journal, Travel + Leisure, Hemispheres and more. Follow her on Twitter and Instagram.)