John Kasich would create department of Judeo-Christian values as president 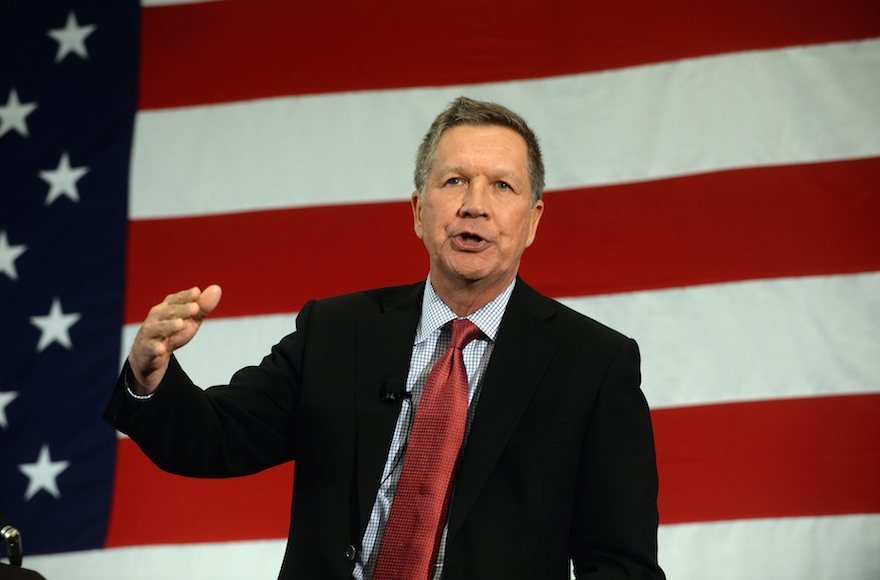 In an interview Tuesday with NBC, Kasich described the department as a latter-day version of the pro-Western propaganda that the United States broadcast in the former Soviet Union.

“Its job would be fundamentally to revive what we used to do when we beamed messages into the former Soviet Union,” said the Ohio governor, who is among more than a dozen hopefuls vying for his party’s nomination. “We need to beam messages around the world about what it means to have a Western ethic to be part of a Judeo-Christian society.”

Kasich said it would target four regions where freedoms are absent: Russia, China, Iran and the Middle East. Post-Soviet Russia is a society where Christian influence, through the Russian Orthodox Church, is pervasive. Kasich did not explain how or why he was distinguishing Iran from the Middle East.

“In the Middle East, where young radicals are constantly fed ideas that lead to more radicalization, I think it’s essential we spread who we are and why we are who we are and what we represent,” he said.

Kasich said westerners should embrace their Christian and Jewish ethical traditions, although many of the freedoms he described originated in pre-Christian Greece.

“It’s essential, by the way, that those in the West begin to embrace again our Jewish and Christian tradition instead of running from it, hiding from it,” he said.

Kasich said that moderate Muslims would be included in the messaging.

“I think there are many of them who stand up and speak out, and they should be included in this and they’d be an very effective part of this,” he said. “So to support the Jewish and Christian tradition also involves the ability to have tolerance.”