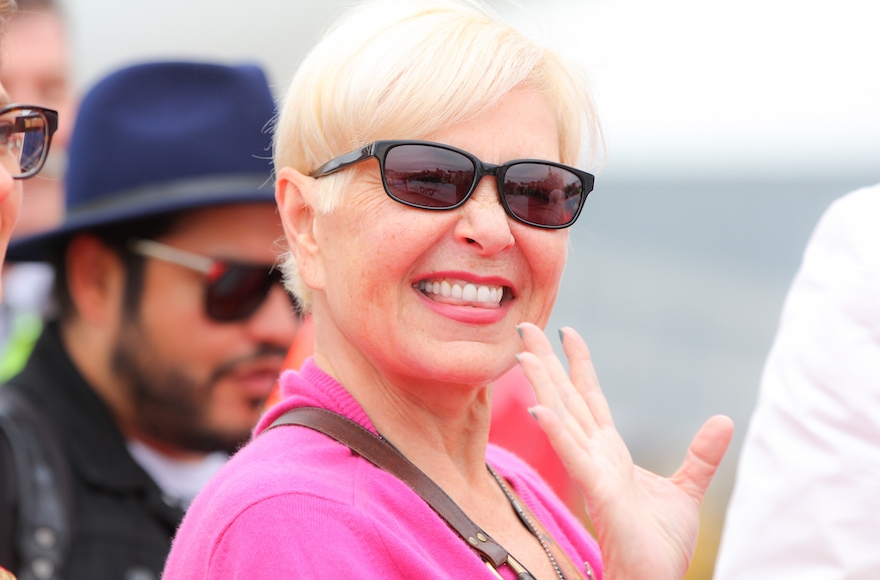 Barr penned her eloquent response, meaning “shut the f*** up,” to Rogel Alpher from Hawaii, according to the geolocation on the tweet.

On Sunday, hours earlier, he tweeted: “Jews of France, stay in France. Don’t flee Muslim facism [sic] into the arms of Jewish fasicm [sic]. Nothing for you in Israel.” Alpher was promoting an opinion piece he penned for the Israeli daily Haaretz.

In the opening of the piece, which was published Saturday, Alpher wrote, “There is no God, he did not appoint you as the chosen people and he did not promise you the land of Israel. You have no rights here. Israel has stopped being the Jewish state. It is a binational apartheid state in which Palestinians live under an occupation that denies them their basic human rights. The Zionist enterprise is dead. Committed suicide.”

In response to Barr, Alpher composed a choice tweet of his own:

Barr, of course, is no stranger to controversy. The comedian is an outspoken critic of the pro-Palestinian left and the Boycott, Divestment and Sanctions movement against Israel. She has even called Jews who support it “anti-Semites” and recently retweeted a post from JTA’s Jewniverse noting that the Bataclan, the Paris nightclub where at least 130 people were killed in a recent attack, was named for a 19th-century Jewish operetta.

Alpher, too, has the ability to set tongues wagging. His recent Haaretz columns include “The Secular Israeli Will Go the Way of the Woolly Mammoth,” as well as a letter, written in the event of his death in a terrorist attack, in which he apologizes for his “paltry role in the injustice of the occupation.”