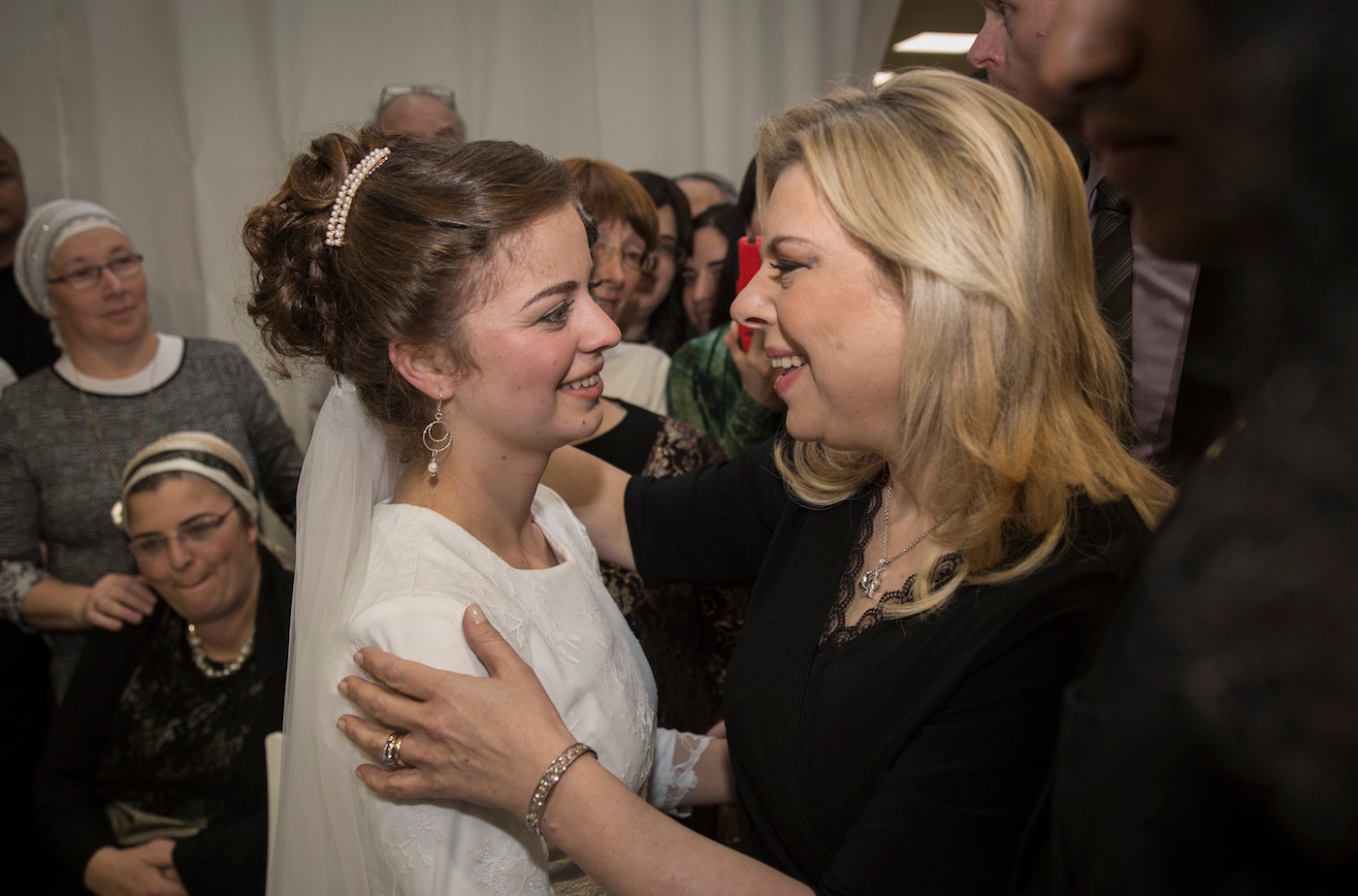 JERUSALEM (JTA) — An Israeli woman whose father and brother were killed in a West Bank terror attack days before her wedding was married in Jerusalem.

Sarah Techiya Litman married Ariel Beigle on Thursday night under a wedding canopy in front of hundreds of guests. Thousands more were expected later in the evening, including some who had traveled from overseas in response to the couple’s public invitation to their wedding.

The wedding originally was scheduled for Nov. 19, four days after the attack, but was postponed for the shiva, or mourning period.

“This evening, instead of wearing the bridal dress, I will sit on the floor with a torn shirt,” Sarah said on Nov. 19, the Hebrew-language Yediot Acharonot reported. “But very soon, we will marry in a large and happy wedding. We will go on and be happy as father and Netanel always were. We will not be crushed.”

The couple called it the “million person wedding,” according to Yediot, which quoted the couple as saying, “Multitudes will come to make us happy.”