At Hanukkah, how do we kindle the lights within ourselves? 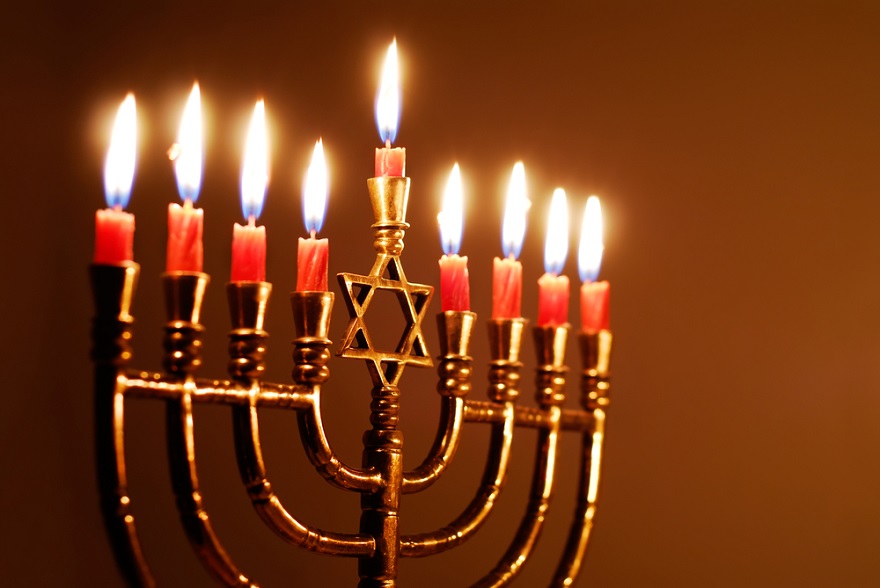 JERUSALEM (JTA) — There is nothing cuter than my 5-year old daughter coming home from kindergarten with an overly decorated menorah in hand singing “Ner li Ner li, ner li dakik,” the Israeli version of “This Little Light of Mine.” The song speaks about the little candle, so thin, small and all hers to light.

Personalizing the holiday for kids is just good pedagogy. Through song, play and creative arts, early childhood educators get these little Maccabees to embody the holiday and feel they have the power to create and even embody the light of Hanukkah.

And then they grow up.

They learn more details about the Hanukkah story. They study the Maccabees and the civil war between the Jews. They analyze the military battles that the Hasmoneans conducted to achieve victory over the Assyrian Greeks. And they also learn about the ultimate corruption and failure of the Hasmonean dynasty itself. As they grow, they move further away from the simple message of Hanukkah that they had claimed as children — to bring light to dark places.

READ: On Hanukkah, just let the lights go out

The contrast between the narrative about light that children learn in elementary school and the parallel one about the story of the Maccabean revolt that they learn more about as they get older is not just a developmental one — it’s a profound statement about how we view the world. Stories about war that can provide a sense of unity and purpose are ultimately draining, whereas ones about light and miracles are constantly renewing.

Experiencing an ongoing war is grueling. Living in Jerusalem right now, I know that feeling intimately. Waves of terrorism, fear, uncertainty and distrust rise and then (eventually) fall. And citizens, Jews and Arabs alike, are left wondering what the future will hold, without any clarity that the once-touted promise to live with “peace and security” will return. It’s hard to dream big or even to believe in miracles at a time of ongoing war. You live for the day, and then the day after. That is the mentality of war.

A story of light and oil that lasted only for eight days is one of vision and hope. The rabbis of the Talmud picked up on the distinction. They spent so many more pages expounding upon the miracle of the oil, recounting the details of when and how to light the Hanukkah menorah and only a few lines about the military victory achieved by the Maccabeans.

Focusing on the light was tactical. The rabbis didn’t want the legacy of Hanukkah to be about a victory won by human hands in which God was absent. They wanted to elevate the victory of Hanukkah to the heavenly realm. This is a celebration of miracles and God’s hand in history, not the brute force of the determined few, the rabbis would have said.

The rabbinic approach is most telling in the haftarah they selected for the Shabbat of Hanukkah, which include the words from Zechariah, “Not by might, and not by power, but by my spirit, says the Lord.”

And now, living where I do, I understand the importance and wisdom of the rabbinic emphasis. Focusing on the miracle of the oil helps us put our faith in something bigger than ourselves. It gives us hope to look beyond the political machinations of the day to what the future could look like. It helps us break free of the never-ending cycle of violence and cynicism and can enable us to look forward to the possibilities that the “light driven” narrative can offer to our children and beyond.

The Hanukkah of the rabbis relies on the personal and embodied light that my 5-year-old sings about. There is a beautiful idea from the Book of Proverbs that we each contain within ourselves a light, “The life breath (the soul) of a human is the lamp of God. With it, God searches all the hidden chambers.” (Proverbs 20:27)  Our internal light is God’s light within us, searching out every part of us, revealing in the hidden places our abilities to manifest that light outward.

This Hanukkah, how can we return to the pure idea of our own personal lights, or “ner li,” as my daughter would croon. Not only the one I hold in my hand to light the Hanukkah menorah, but the one that I have within me to shine light into dark, seemingly unmovable or unchangeable places around us?

(Dasee Berkowitz is a Jewish educational consultant and writer living in Jerusalem. She is a frequent contributor to JTA, the Forward and Kveller.com.)