When do I add paprika, and other questions for a Jewish mother

CHICAGO (JUF News via JTA) — While cleaning out the closet of my childhood home over the fall holidays, I dug up a tattered cookbook made from construction paper and crayon. The recipes, created by me and my fellow Jewish preschool classmates back in the 1980s, weren’t exactly of Julia Child’s beef bourguignon caliber.

No, this collection read more like a humor book than a cookbook. One recipe was for popcorn calling for extra “drops of apple juice.” The ingredients for the spaghetti and meatballs specified exactly “90 noodles.”

And my recipe for corned beef sandwiches took the cake. It read: “She (I’m assuming my mom was the “she”) buys corned beef at the store. Then she takes it off the wax paper. Then she puts it on a plate. She gives us bread too.”

My contribution to the book was an odd selection because my mother is a wonderful home cook and baker, but for some reason her simple deli sandwich prep was the meal that stuck out in my preschool mind, the one I thought merited saving for posterity.

Each child wrote his or her cooking instructions in the third person, usually referencing a mother or an occasional dad or grandma preparing each step of the recipe. 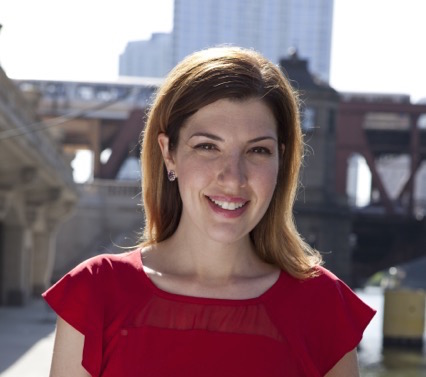 There’s something so Jewish about that amateur cookbook. The compilation sparked for us children, barely out of the womb, our introduction to thinking and talking about food. And really does it get more Jewish than that?

Whether its roast chicken on Shabbat, blintzes and kugel for Yom Kippur break-fast, or heck, Chinese food on Christmas, food is a core value for us, along with Torah, family and acts of loving kindness. As the old joke goes, when our people aren’t currently eating, we’re usually planning for our next meal.

The cookbook is a Jewish artifact in another way too. The recipes were passed down to us from our families — our parents and grandparents and those that came before them. From one generation to another, l’dor v’dor, these recipes link our family tree from past to present to future. It’s the power of Jewish continuity — in culinary form.

My great-grandmother taught my grandma the recipes back in a tiny shtetl in Belarus, and my grandma, in turn, recorded the recipes either in her mind or on paper, and then taught them to my mother in America. My mother, then, passed them down to my sister and me when we were growing up.

As in so many other homes, my mom would employ her children as pint-sized sous chefs in the kitchen. We little ones always got the fun jobs, mixing ingredients with a big spoon, dipping our noses into the vanilla to smell the sweet, singular scent, and rolling out the dough for sugar cookies in the shape of dreidels, Haman hats and shofars. Today, my nephews are the sous chefs, and maybe someday, I’ll instruct my own children in how to prepare those same recipes, where we’ll read the directions together on the next iteration of the iPad.

Now that I’m all grown up, my mom is still transmitting her culinary knowledge to me. I’ll often call her up for guidance on recipes. From the aisles of a Jewel or Hungarian, I’ll ask her random questions: Can I substitute broth for stock? Can Greek yogurt be used in place of sour cream? When do I add paprika? I swear half the time I know the answers — or at least Google or Siri do — but it’s just comforting and familiar to hear her on the other end of the line.

There’s a paradox in chatting on a 21st century smartphone, while keeping alive these old family recipes — and, with them, keeping alive a special piece of my grandparents and great-grandparents. We’re honoring the legacy and wisdom of our loved ones who came before us, pulling parts of our Jewish families out of the past and into the present day.

On that same weekend last fall when I discovered that silly little cookbook, my mother, sister and I prepared Shabbat dinner for the rest of our family. And just like when we were growing up — only this time around, my sister and I are taller than my mom and there’s more wine involved. We treasure these recent moments too.

That evening, we made chilled cherry soup, London broil, potatoes, challah and brownies. As we whisked, seasoned, chopped, muddled and sipped, we gabbed about everything — work, the presidential race, Kabbalah, family resemblance, relationships, and more.

The cooking set the backdrop for our bonding. Those old recipes — in our home and millions of other Jewish homes around the world — have seen it all. They’ve traveled a long way in miles and years — by train, boat and plane — often one of the few treasures to survive pogroms and war.

The recipes, for kugel, mandel bread, charoset and more, serve as a constant in our volatile Jewish history — a witness at our Shabbat and holiday tables to our conversations, songs, tears and laughter, a witness to our Jewish story.

(Cindy Sher is the executive editor of JUF News.)