After opening up to gays, Boy Scouts of America seeking more Jewish troops 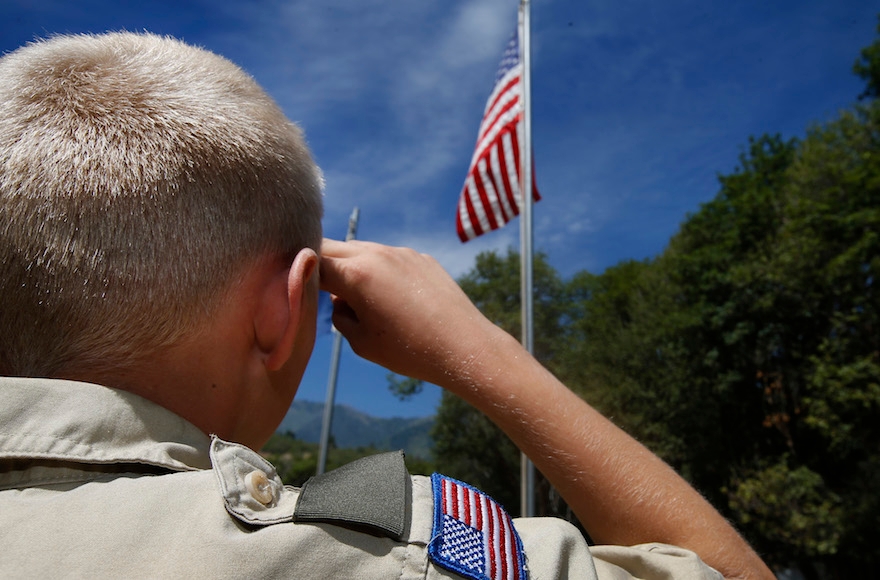 WASHINGTON (Washington Jewish Week via JTA) — With the Boy Scouts of America’s ban on gay employees lifted this summer, it’s a good time to be pitching scouting to the liberal American Jewish streams.

So says Bruce Chudacoff, the chair of the National Jewish Committee on Scouting. A representative of the Boy Scouts and longtime advocate for Jewish scouts, he set up shop at the Reform and Conservative biennial conferences last month.

From his booth decorated with posters touting the benefits of scouting, Chudacoff pitched hundreds of attendees on his vision for re-engagement.

“Just about everyone we talked to was happy the Boy Scouts were back with the Reform movement,” he said. “A number of people thanked us for making membership and leadership policy changes so we could come back.”

The Boy Scouts historically barred gay people from being scouts or scout leaders or other employees. The policy led the Commission on Social Action of Reform Judaism to issue a memo in 2001 to the membership of the Union for Reform Judaism recommending that congregations sponsoring or hosting scouts withdraw their support. According to Barbara Weinstein, director of the commission, most congregations complied.

Then, in 2013, the Boy Scouts let gay scouts into its troops, as well as its Cub Scout packs for young boys.

And in July, the Boy Scouts reversed its position on gay employees. The new rule reads, “No adult applicant for registration as an employee or non-unit-serving volunteer, who otherwise meets the requirements of the Boy Scouts of America, may be denied registration on the basis of sexual orientation.”

In light of the policy changes, the Commission on Social Action followed up with a memo in August to its 900 URJ member congregations that the 2001 recommendation was rescinded. However, areas of concern remain. 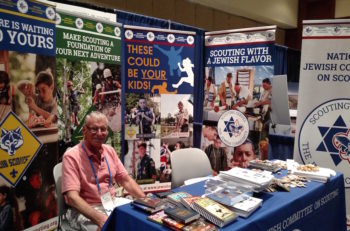 For one, the Boy Scouts’ leadership standard applies only to non-religious troops. Some 72 percent of troops are chartered by faith-based organizations, which retain the right to discriminate against gay leaders. (The Church of Jesus Christ of Latter-day Saints uses the Scouts as its youth organization.)

The Commission on Social Action is also troubled by the lack of language regarding the participation of transgender people, especially in light of a resolution affirming the rights of transgender and non-gender conforming people that passed at the recent URJ biennial.

READ: At Reform biennial, focus on social justice and tradition

Weinstein said the Religious Action Center of Reform Judaism — and its governing Commission on Social Action, of which she is associate director — would continue to press the Boy Scouts on these issues.

The Reform movement is “strongly supportive of any activities scouts have around social justice and repairing the world,” she said.

“We know that many families and scouts find deep meaning in those values [and we hope they will] continue to expand to gay scouts, gay leaders, transgender scouts and transgender leaders as well.”

Going a step further than not opposing troops, United Synagogue of Conservative Judaism encourages its 580 member congregations to work with the Boy Scouts.

“[While we have] no formal partnership with the Boy Scouts of America, we are supportive of the organization now that they have changed their policy on LGBTQ,” a USCJ spokesman wrote in an email. “The USCJ writes many letters of congratulations to Eagle Scouts and encourages our congregations to welcome scouting.”