Op-Ed: Why campus anti-racism protests are bad for the Jews 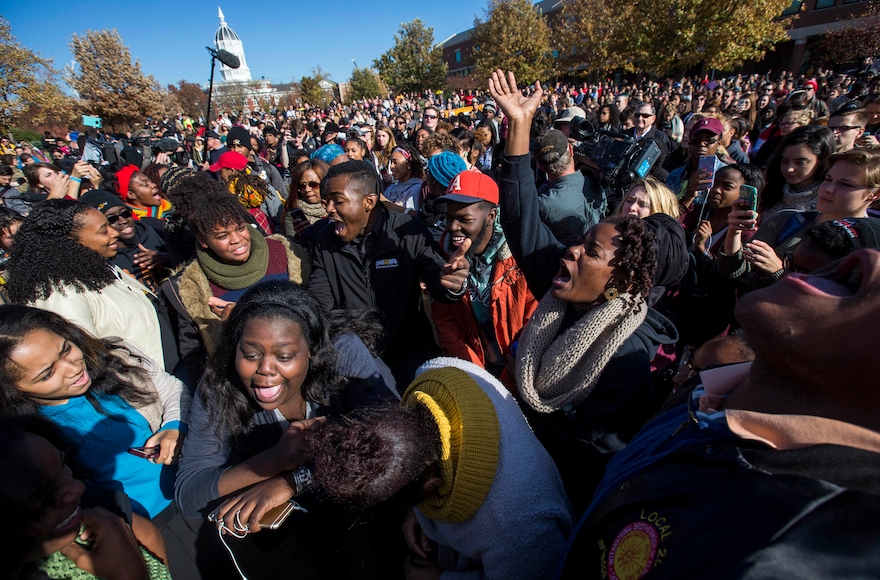 SANTA CRUZ, Calif. (JTA) — A day before University of Missouri graduate student Jonathan Butler made headlines with a hunger strike protesting racism on campus, a coalition of 36 Jewish and civil rights organizations contacted University Chancellor R. Bowen Loftin to protest a vile act of anti-Semitism that had recently occurred at Mizzou: Someone had used feces to smear a swastika on a bathroom wall.

In our letter, we criticized Loftin for not promptly and publicly addressing this act, which targeted Jewish students and made them feel threatened and unsafe. Little did we know that Butler, in an open letter to the university’s leadership in early November, would cite the swastika as his last straw, the latest in a “a slew of racist, sexist, homophobic” incidents that drove him to swear off all food unless the university president was removed.

For those of us who had urged Loftin to publicly condemn the swastika, the question looming large in our minds was: Would Butler’s actions help our fight against anti-Semitism at Mizzou? 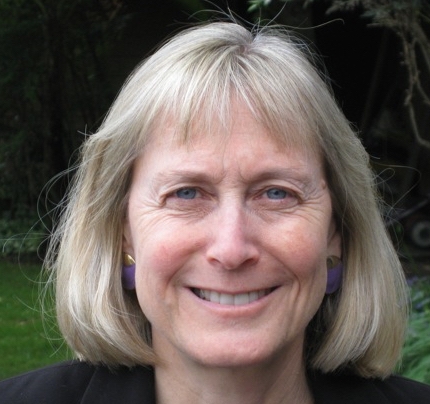 There was every reason to be optimistic. After all, Butler’s successful protest was directed toward administrators who had not responded promptly to campus discrimination. Surely anti-Semitism requires the same vigorous treatment as racism, sexism and homophobia. Why shouldn’t the spotlight Butler was shining on the unacceptable discrimination and harassment of African-American, female and LGBTQ students also illuminate the rising threat Jewish students face regularly?

In no time, that question took on national significance. Butler’s hunger strike has sparked a national student movement demanding an end to “systemic and structural racism.” Again we asked, could this be a positive development for Jewish students, who themselves suffer systemic and structural anti-Semitism? On far too many campuses Jewish students report being harassed, assaulted, threatened, vilified and discriminated against, their property defaced and destroyed, and their events disrupted and shut down. Could this new anti-racism movement finally help provide Jewish students the attention they deserve?

Unfortunately, the current rash of campus protests has shown itself to be far more likely to hurt Jewish students than to help them. There are three main reasons why.

First, university administrators are less likely to address anti-Semitism in the wake of the Mizzou-inspired protests. In part, this is because administrators are so overwhelmed with meeting or deflecting the demands of protesters — and making sure they themselves do not meet the same fate as Mizzou’s president and chancellor — they simply do not have the time or energy to focus on Jewish students.

Administrators are also afraid of appearing to favor Jewish students. Recently, I called a top administrator at the University of Central Florida to discuss some neo-Nazi fliers that had been posted in and around UCF dormitories. I expressed my dismay that although the fliers had been discovered several days before, the university had yet to make a public statement about them. The administrator responded that he was afraid to do so lest it be seen by campus protesters as pandering to Jewish interests and lead to further campus unrest. University administrators too busy or too scared to address anti-Semitism leave Jewish students vulnerable and unprotected.

Second, anti-Israel student groups who often target Jewish students for harassment and discrimination have opportunistically aligned themselves with anti-racism protesters to more forcefully promote their anti-Zionist agenda. At the University of North Carolina-Chapel Hill, for example, anti-Israel groups have insinuated into the protesters’ demands a call for UNC to immediately divest from “Israeli apartheid.” The manipulative injection of such demands into the anti-racism movement and the alliances being forged will likely make the campus climate even more hostile, threatening and unsafe for Jewish students.

Finally, Jewish students themselves have been accused of racism for speaking out about the anti-Semitism they experience. For example, on an official University of California, Santa Cruz website dedicated to educating the campus community about subtle forms of bigotry known as “microaggressions,” one of the examples given is a Jewish student’s statement to an African-American student: “I don’t get why you’re excluding me like this. I’m Jewish; I know oppression.”

Even though the Jewish student is simply expressing feelings of marginalization and oppression, the statement is considered a microaggression because of the student’s socioeconomic status. Indeed, in a campus climate hypersensitive to the intersectionality of race and class, Jewish students may not even be able to talk about anti-Semitism without being labeled racist.

While no one knows for sure how long the current campus unrest will last or how much impact it will ultimately have, there are clear signs that Jewish students will not be among its beneficiaries and are quite likely to be among its greatest casualties.

(Tammi Rossman-Benjamin is a lecturer at the University of California, Santa Cruz, and the co-founder and director of the Amcha Initiative, a nonprofit that combats campus anti-Semitism.)