Star Wars’ Yoda or Jewish sage: Who said these quotes? 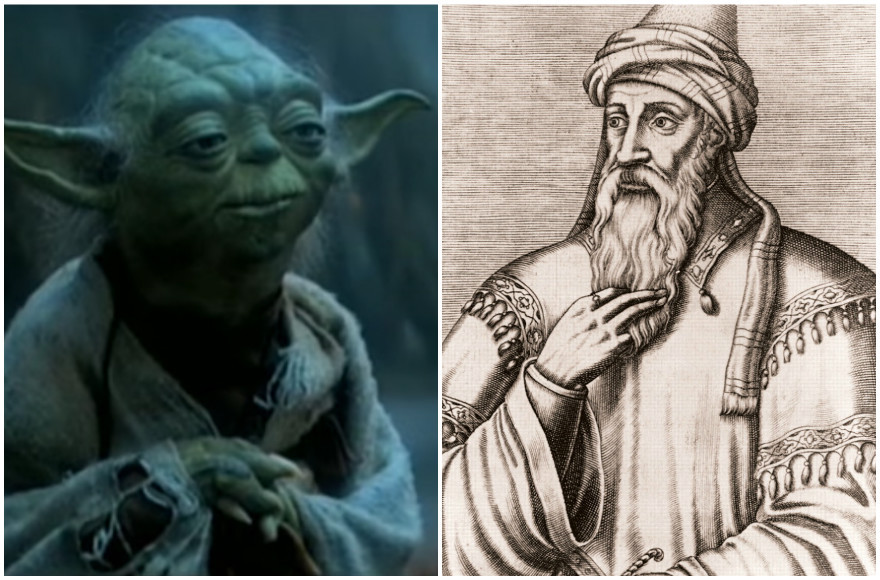 The character of Yoda will not be featured in the upcoming “Star Wars” film, since he passed away peacefully at age 900 in the 1983 film “The Return of the Jedi.”

But the small, green Jedi master has lived on in pop culture and beyond for his eternal wisdom — which, in some ways, resembles that of past Jewish sages, like Maimonides and Hillel the Elder.

In honor of the imminent release of “Star Wars: The Force Awakens” (Dec. 18), the seventh film in the franchise, try deciphering which of the following quotes were uttered by Yoda in a “Star Wars” films and which were said by Jewish sages of centuries past.

Fool you not, we aim: In order to make the quiz appropriately difficult, the quotes from the ancient rabbis have been modified to conform to Yoda’s syntactical tendencies, which usually include reversing the order of subjects and verbs or adjectives. Think of it as “Yodish” (as opposed to Yiddish).

May the force be with you — because Yoda sounds more like a rabbi than you thought.