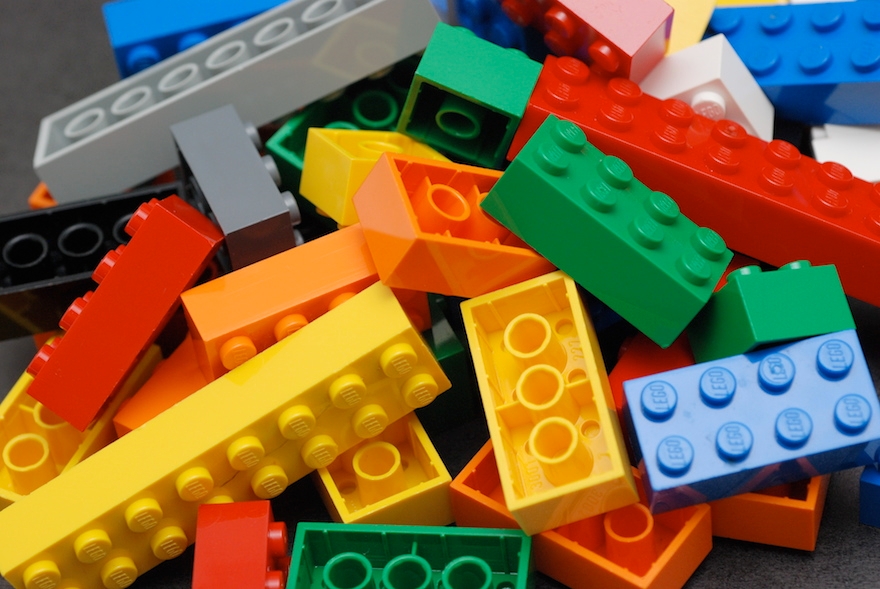 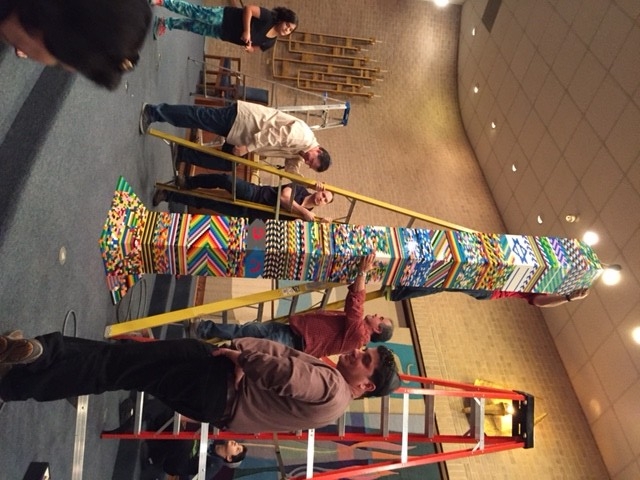 Texans like to claim that everything is bigger in their state.

And when it comes to Hanukkah menorahs made of Legos, they appear to be correct. Congregation Ahavath Sholom – a Conservative synagogue in Fort Worth – recently combined almost 50,000 of the plastic toy bricks to create a functioning hanukkiah that’s more than 16 feet tall.

Rabbi Andrew Bloom, who came up with the idea this summer, told JTA the menorah sets an “unofficial world record.” (However, according to officials with Chabad, two other Lego menorahs have been even bigger: a 60,000-piece one this year at Chabad of the Five Towns in New York, and a 19-foot-high one in Hamburg, Germany.)

“We called the Guinness Book of World Records and they wanted $11,000 to come out and measure it,” Bloom said. “So we decided we’d be in the Google book of world records. We researched online and figured out that 16-feet, four-inches would be the tallest Lego menorah ever built.”

Bloom, who has led the 350-family congregation for four years, said he wanted a Hanukkah project that “our entire community, from smallest child to oldest adult, could partake in, and what better way to do that than by doing it with Legos?”

After Mike Lavi, a structural engineer and son of Ahavath Sholom’s president, designed the menorah and the requisite number of bricks were collected —“People could bring in one Lego as long as it was the right size,” Bloom said — congregants began assembling the menorah’s base. 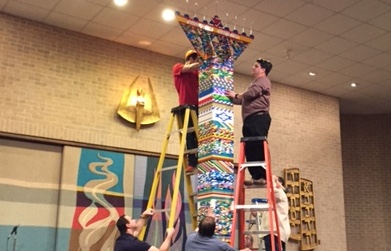 On Sunday, the last night of Hanukkah, the menorah will get its moment in the spotlight: Fort Worth’s mayor, civic leaders and guests from a variety of houses of worship will attend an official dedication, during which all nine candles (most of them electric in order to avoid fire hazards) will be lit.

Soon after, however, the menorah will be taken apart. The Legos will then be donated to various charities serving children.

“It’s a great thing, because we live in a world where there’s a lot of darkness, and a tall hanukkiah will bring a lot of light,” Bloom said. “Each member of our city, each member of our congregation is like one Lego: Without each one of us the Lego menorah can’t stand.”