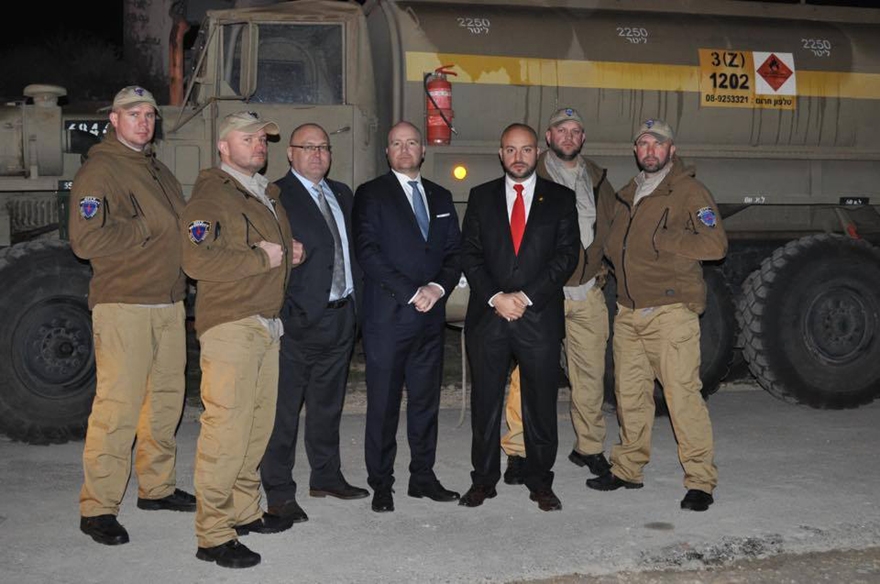 Jonny Daniels, third from right, with Polish volunteers at an Israeli army base on Dec. 6, 2015. (Courtesy of From the Depths)
Advertisement

(JTA) — One of Poland’s largest security firms brought 20 of its top experts to Israel to help prevent Palestinian terrorist attacks.

The visit is part of the initiative of Benjamin Krasicki, board president of the Warsaw-based City Security, who in October offered to send 100 of his top guards at his company’s expense to Israel.

Krasicki has paid $25,000 in covering the expenses of the delegation, according to Jonny Daniels, founder of the From the Depths organization, which does Holocaust commemoration work and is also active in promoting Israeli-Polish ties.

“Benjamin put his money where his mouth is,” Daniels said.

Krasicki’s offer in October came amid 620 terrorist attacks on Israelis that month, according to figures provided by the Shin Bet, Israel’s security agency. Eleven people were killed in the attacks. Dozens of Palestinians also were killed while perpetrating the attacks or in clashes with security services, the agency said.

“As Polish citizens, we have unfortunately seen too many attacks against Jews in our history and know that it starts with you and ends with us, as we have seen in the Holocaust,” Krasicki wrote in October in a letter to Israel’s minister of interior security, Gilad Erdan, in which he offered assistance. 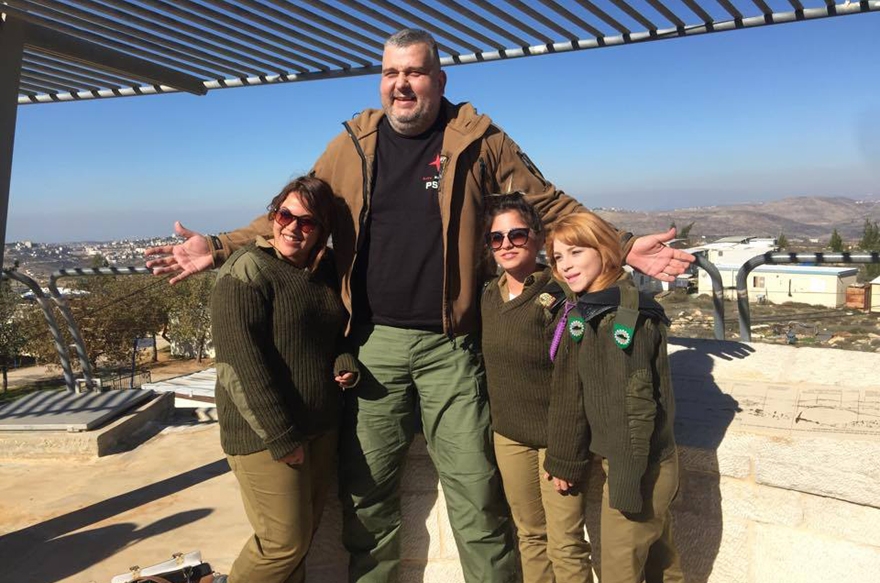 A Polish security professional meeting Israeli soldiers near Jerusalem, Dec. 6, 2015. (Courtesy of From the Depths)

The October bloodshed followed a surge in attacks the previous month. The violence lessened in November, though 10 people were killed.