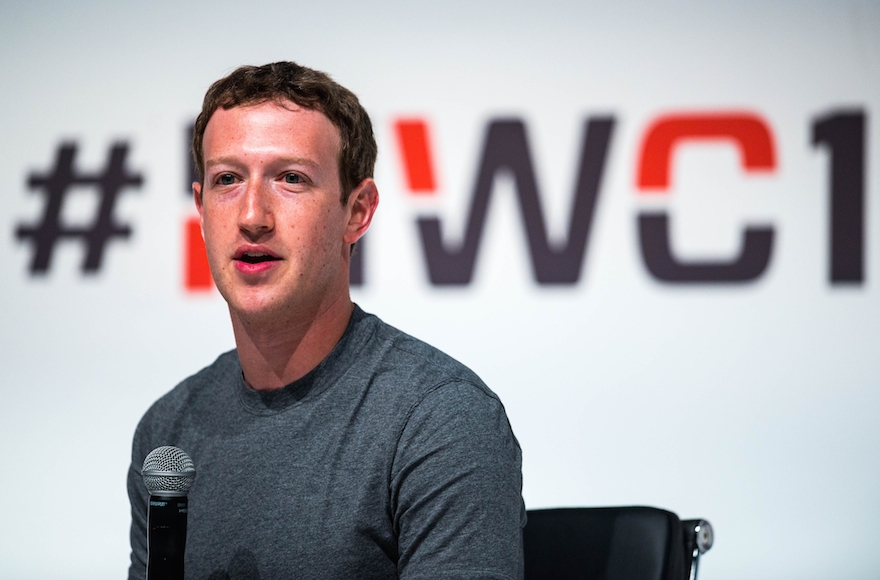 (JTA) — Facebook founder and CEO Mark Zuckerberg extended his support to the Muslim community in the United States and around the world, invoking his Jewish heritage.

The support in a Facebook post came Wednesday in the wake of Republican presidential contender Donald Trump’s call for a “total and complete shutdown of Muslims entering the United States.” Zuckerberg does not specifically mention Trump.

“After the Paris attacks and hate this week, I can only imagine the fear Muslims feel that they will be persecuted for the actions of others,” Zuckerberg wrote.

“As a Jew, my parents taught me that we must stand up against attacks on all communities. Even if an attack isn’t against you today, in time attacks on freedom for anyone will hurt everyone.”

Zuckerberg also said that Muslims are always welcome on Facebook, and that “we will fight to protect your rights and create a peaceful and safe environment for you.”

Trump made his call on banning Muslims in the aftermath of the San Bernardino massacre by a radicalized Islamist couple that killed 14.