Palestinian killed in suspected ramming attack on soldiers near Hebron 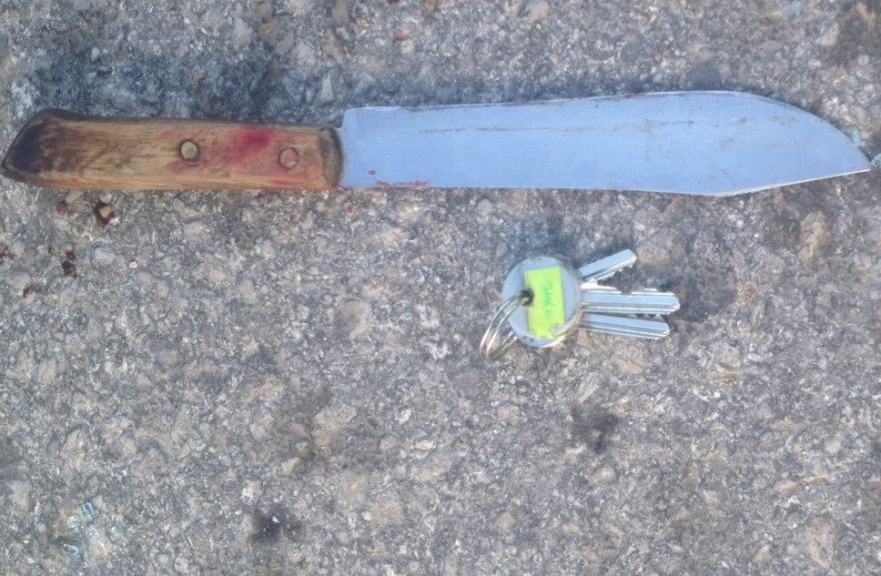 A knife found on the body of a Palestinian driver who was killed when he attempted to ram IDF soldiers at a checkpoint north of Hebron, December 11, 2015. (IDF Spokesperson's Unit)
Advertisement

(JTA) — Israeli security forces killed a Palestinian man they said tried to run over soldiers with his vehicle near Hebron.

No Israelis were hurt in the West Bank attack Friday, during which Israeli troops shot and killed the driver, Army Radio reported. A large knife was found on his body.

On Thursday, Israeli troops arrested a man in the West Bank that they said confessed to trying to kill four soldiers earlier that day. That ramming attack resulted in serious injury to one Israeli soldier and minor injuries to three others.

The Israeli Security Agency, or Shin Bet, arrested the suspect with Israel Defense Forces and police officers in a West Bank village. The man, who is said to be affiliated with Hamas, confessed to the actions attributed to him, Army Radio reported, and said he was affiliated with Hamas.

Also on Friday, an unidentified assailant opened fire on Israeli soldiers near Jenin in the northern West Bank. The soldiers, who were not hit, fired back at the shooter, who reportedly was wounded but managed to escape in a getaway car driven by another person. Large army and police forces are searching for the car and suspected shooter.

Israel’s agriculture minister, Uri Ariel, said Friday during a radio interview that Palestinians should not be allowed to drive in and around Gush Etzion Junction, in the West Bank south of Jerusalem, which saw many similar attacks in recent weeks.

“It shouldn’t be seen as a punishment, but as a temporary security measure,” he said.

The bloodshed was the continuation of a massive surge in attacks that occurred in September.

On Friday, Jerusalem prosecutors indicted a 16-year-old Palestinian girl for attempted murder. Last month, she stabbed with a pair of scissors a Palestinian man she mistook for Jewish at a local market before attempting also to stab a 94-year-old Jewish person. She carried out the attack with another female relative, who was shot dead during the attack.