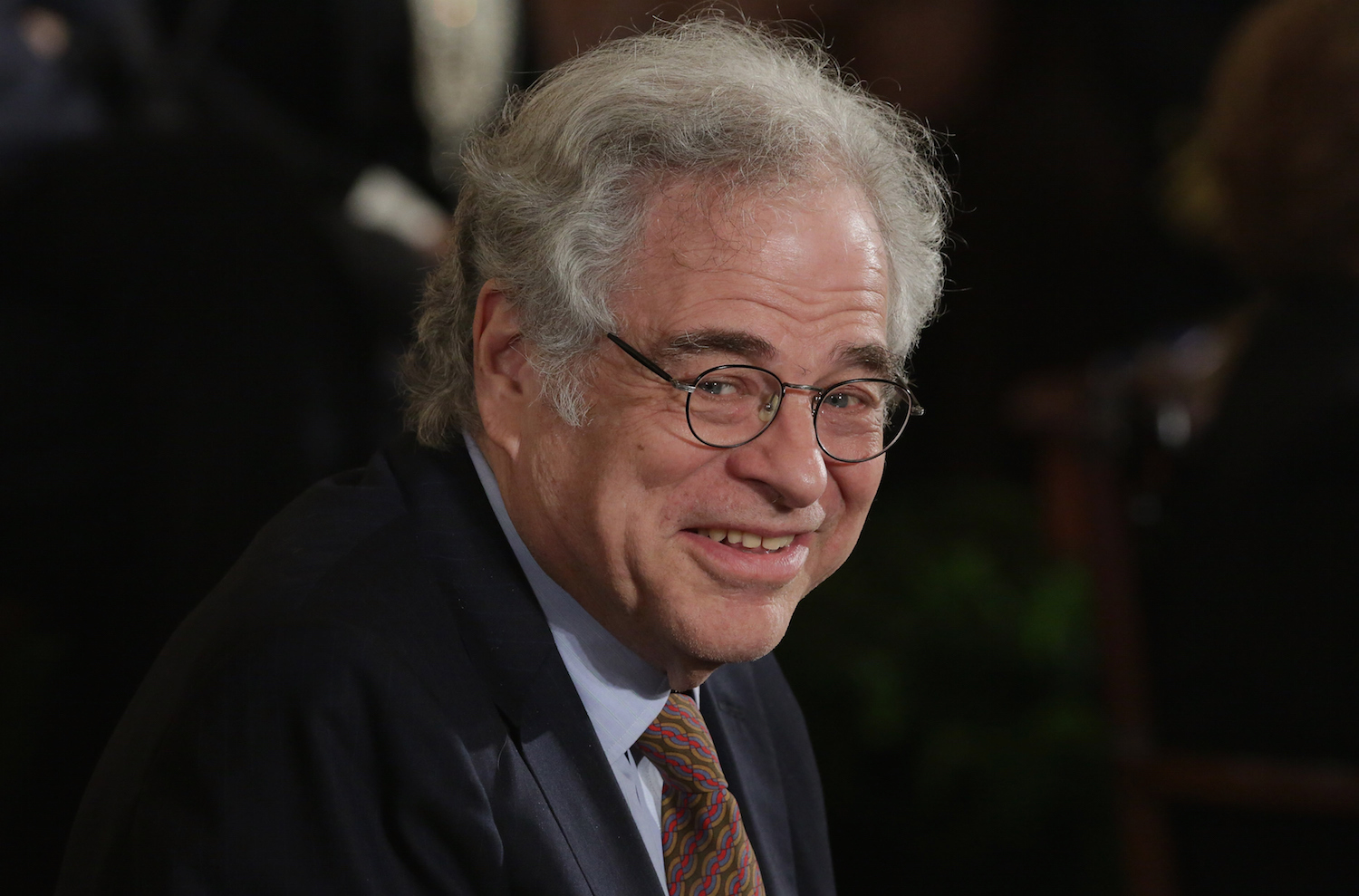 Itzhak Perlman at the White House where he received the Presidential Medal of Freedom, Nov. 24, 2015. (Chip Somodevilla/Getty Images)
Advertisement

(JTA) — Itzhak Perlman, the Israeli-born violin virtuoso, was named the third winner of the Genesis Prize.

Perlman was named the winner on Monday of the annual $1 million prize that has been dubbed the “Jewish Nobel.” He joins former New York City Mayor Michael Bloomberg and the actor-director Michael Douglas as recipients.

“I was totally dumbfounded,” Perlman told JTA about learning he had been selected as this year’s winner. “I’m a musician. I play the fiddle. So I was so totally taken aback and I was obviously so incredibly honored they would even consider me. It was very exciting.”

Perlman, 70, said he was mostly unfamiliar with the prize when he first learned he was being considered. Established in 2012 by a consortium of Russian Jewish philanthropists, the prize is presented annually to someone who has achieved international renown in their professional field and serves as a role model through their commitment to Jewish values.

“I just know who I am,” Perlman said. “In other words, in our family, we are traditional Jews. My entire family is involved in one way or another, whether we go to shul, celebrate Shabbos or whatever it is. We are always in touch … That’s one of the things this prize will bring forth. I don’t have a problem with who I am. I live it. And my family lives it.”

Past winners have taken an ecumenical approach to disbursing the prize money. Douglas, the son of a Jewish father and non-Jewish mother, pledged to use the funds to promote outreach to the intermarried. Bloomberg initially said he wanted to promote Israeli-Palestinian business cooperation, but later backed away from that at the urging of the prize committee, instead funding nine projects “guided by Jewish values to address the world’s pressing issues.” More than half the recipients were nonprofit organizations based outside the United States and Israel.

Perlman said he is unsure how he plans to use the funds, though he indicated it would likely have some connection to music and helping those with disabilities. Perlman was diagnosed with polio at age 4 and gets around with a motorized cart.

“As far as I’m concerned, that’s what this prize is all about — the opportunity to do good in the world, to do good as a Jew, to do as they say tikkun olam – to make things better for people,” Perlman said. “My involvement obviously, first, is as a musician, and second, or even first, as a person who has a disability. So these two aspects of what I’m interested in is something that I’m thinking about.”

Born in Tel Aviv in 1945, Perlman has achieved a level of celebrity rarely seen in the classical music world. Identified as a musical prodigy from a young age, he appeared on “The Ed Sullivan Show” as a teenager in 1958, and went on to study at New York’s Juilliard School. He has won 16 Grammy Awards, played for multiple heads of state and appeared in commercials and television shows.

Perlman also performed the haunting violin solo on the “Schindler’s List” soundtrack, which won both a Grammy and an Oscar. Less heralded is his violin solo in the Billy Joel hit “Downeaster Alexa,” which went uncredited on the 1989 album “Storm Front” and only came to light earlier this year. The two performed the song together at Madison Square Garden in March after Perlman wheeled himself onstage and was greeted with a kiss from Joel.

In November, Perlman received the Presidential Medal of Freedom from Barack Obama.

In addition to maintaining a global performance schedule, Perlman teaches young musicians through the Perlman Music Program, an initiative founded by his wife, Toby, to provide instruction and community for players of rare talent. The Perlmans have five children.

“Itzhak Perlman is the embodiment of everything an ideal Genesis Prize Laureate should be,” said Stan Polovets, the chairman and co-founder of the Genesis Prize, in a statement. “Itzhak has achieved unparalleled professional success, and through his music brings joy to millions of people around the world. He has been an incredible source of inspiration for individuals with special needs by overcoming tremendous personal challenges after having been severely disabled by polio at age four. And he has given back to society by dedicating virtually all of his free time and significant resources to teaching young talented musicians and to serving as an advocate for individuals with disabilities.”

Perlman will received the prize at a ceremony in Jerusalem in June. The prize is endowed by the Genesis Philanthropy Group, which endeavors to build Jewish identity among Russian-speaking Jews worldwide.