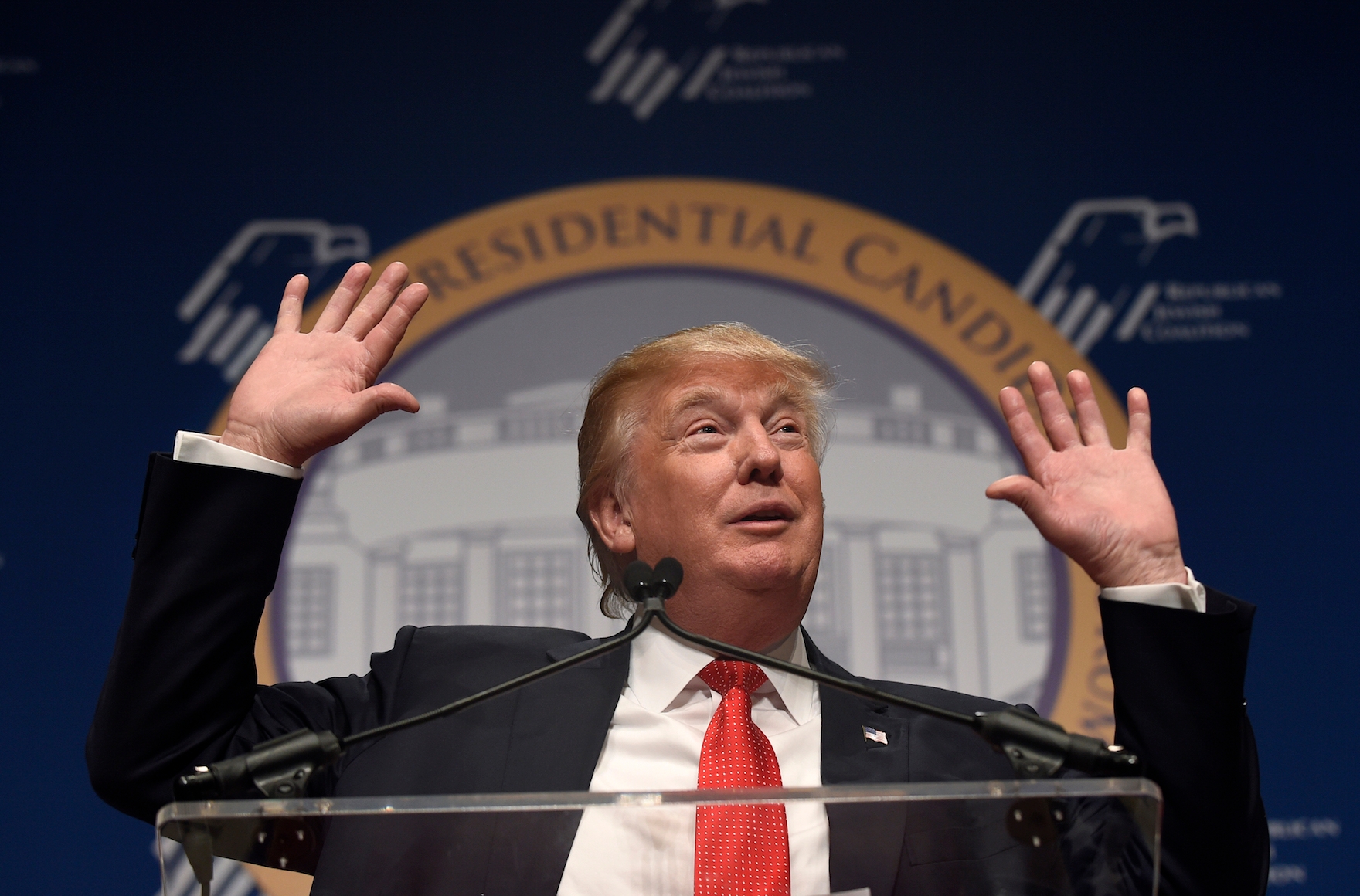 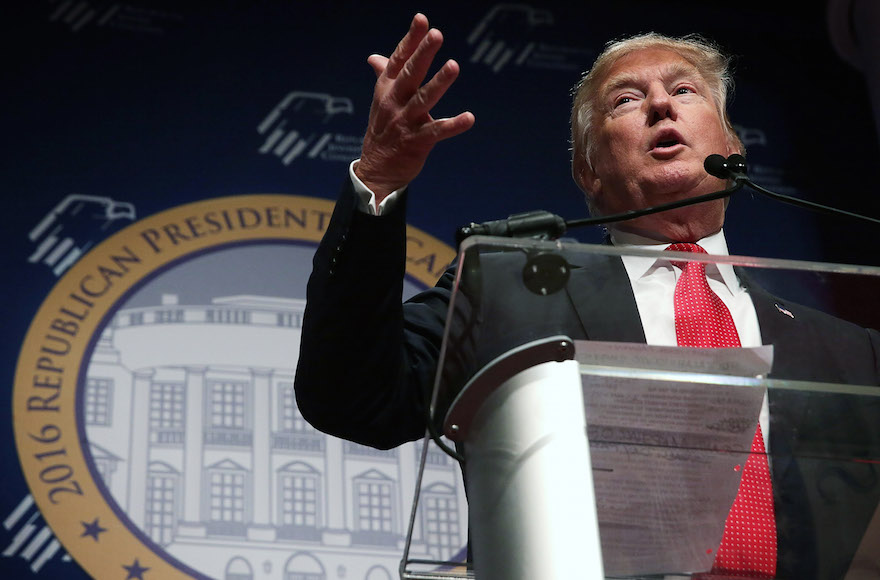 (JTA) — A protester at a Donald Trump campaign rally in Las Vegas shouted a Nazi-era salute at the Republican presidential candidate.

A protester identified by NBC News as a large middle-aged man shouted “Sieg Heil” at the rally Monday evening as another protester was dragged away by security services, NBC reported. About 10 members of a group that supports the Black Lives Matter movement led the protest.

The Trump rally was held the day before the Republican presidential candidates debate in the Nevada city. Trump is leading in the polls.

BuzzFeed described the “fevered, frenzied” mood of the protests at the rally as “mayhem” and said that Trump “gleefully narrated the madness from his podium like a tabloid talk show host presiding over an on-camera brawl between guests.”