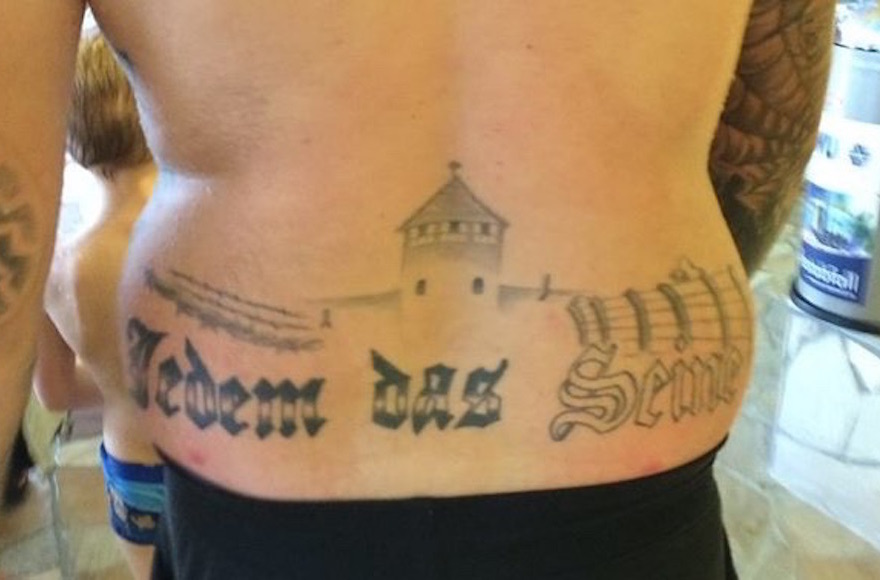 (JTA) — A far-right German politician has been charged with incitement for publicly displaying a large tattoo of the Auschwitz death camp on his back.

Prosecutors announced Wednesday that Marcel Zech, a county council member near Berlin, is accused of violating Germany’s ban on the public display of Nazi symbols, The Associated Press reported.

Zech’s tattoo was visible on November 21 when he visited a swimming pool in Oraneinburg and another visitor took a photo of it. In addition to the image of what appears to be the Auschwitz gate, the tattoo features the words “Jedem das Seine” (to each his own), which appeared on the gate of the Buchenwald death camp.

If convicted, Zech, who is 27 and a member of Germany’s National Democratic Party, could face up to five years in prison. His trial will begin on December 22.