Brandeis’ new president: We are going to pursue diversity 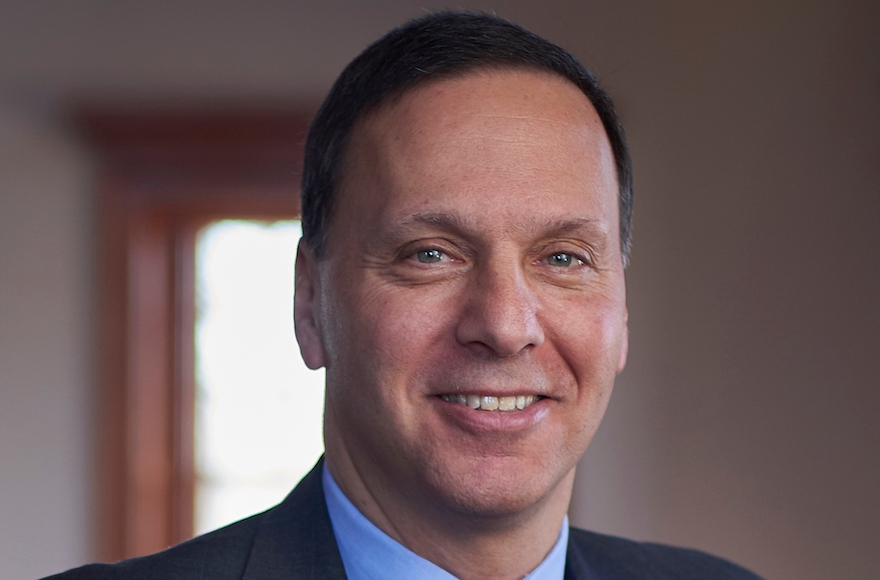 (JTA) – Brandeis University announced Thursday that its next president will be Ronald Liebowitz, the former president of Middlebury College.

Though he won’t start until next July, Liebowitz shared some of his ideas about the challenges he faces in an interview with JTA. A condensed version of our conversation follows:

Uriel Heilman: How do you anticipate the challenges of leading Brandeis will differ from those you faced at Middlebury?

Ronald Liebowitz: Each institution has its own idiosyncrasies and special challenges. Brandeis has some remarkable human resources and attributes, but it needs an understanding of itself: who it is and what it wants to become. How does it reconcile its rich past with its future?

Brandeis is best known for being a Jewish school, sort of. I believe the language the university uses is “Jewish-sponsored, non-sectarian.” What does that mean to you?

It means we are first in line when it comes to Jewish studies and when it comes to academic excellence. We want to be leaders in Near Eastern and Israeli studies as well. We’re open to Jews of all kinds, but in order for us to be a first-rate university we also need to have diversity. While we celebrate our history and strengthen our commitment to Jewish studies and history, we also are going to pursue diversity of our students, faculty and staff on campus for the sake of creating the richest cultural environment.

Do you have a specific vision for Brandeis?

It’s a little early. I really look forward to a year of listening and learning.

What are some of the big issues universities are grappling with these days?

The challenges of access and affordability. Beyond that, there’s the issue of whether or not the education of today meets the needs of tomorrow. I think that has become a bigger question and has put pressure on colleges and universities. We have to look at the curriculum and consider not just what we expect the students to learn but what skills we expect them to have when they graduate.

Should defenders of the humanities and liberal arts be nervous?

I don’t think we’re doing anything to water down the liberal arts. We endowed the classics department during my last semester in Middlebury. I see the humanities as the foundation of liberal arts. We’re talking about what do students need to learn — that includes skills they may not have needed 20 years ago, not replacing liberal arts education.

Until a year ago, you lived in Vermont for 32 years, with the last 11 as Middlebury’s president. You’ve spent the last few months living in Newton, Massachusetts, and doing research for a book you’re co-authoring with your wife, Jessica. What’s that been like?

I’ve been able to travel, read and get re-engaged in Jewish life since we moved here to Newton. Living Jewishly in Newton, Massachusetts, is quite easy, and it’s been really welcome. All my kids are now in Jewish day school.

Being in a stress-free job.