22 percent poverty, and 5 other revealing facts about Israel’s economy 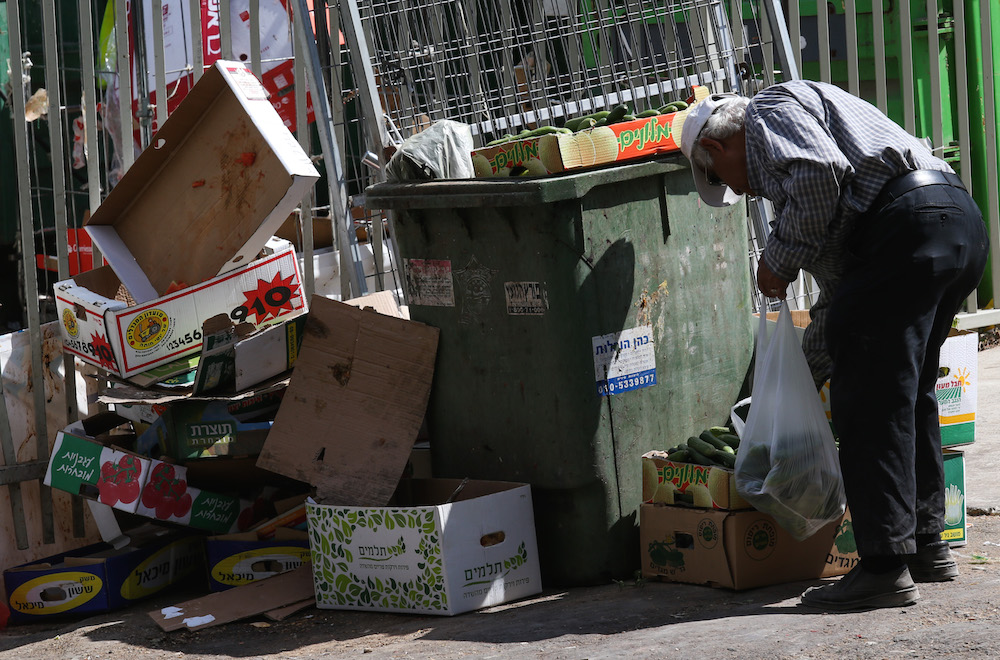 TEL AVIV (JTA) — It has the highest poverty rate among affluent democracies, the fourth-worst income inequality and the seventh-lowest government spending on social services.

Those are among the dismal conclusions of the State of the Nation report, an annual set of papers on Israel’s economy and society released last week by the Taub Center for Social Policy Studies, a socioeconomic think tank. There is some good news sprinkled in, but the prognosis is mostly grim.

Here are six figures that portray the (largely) sad state of the Israeli economy.

More than one in five Israelis lives below the poverty line.

In 2015, 22 percent of Israelis lived below the poverty line, including one in three Israeli children. In 2011, the figure was slightly better, at 21 percent, but it was still the highest rate in in the Organization for Economic Cooperation and Development, or OECD, a group of the world’s richest countries that is the comparison standard used by the Taub center.

READ: Beyond Iran and Gaza, Israel has socioeconomic worries, too

As of 2011, only 20.9 percent of haredi Orthodox men and 22.6 percent of Arab women work. That, along with high birthrates, is why Arabs and haredim are the two poorest communities in Israel.

Arab women often don’t work because of cultural pressures to stay at home and lack of access to jobs, according to Taub’s research. Many haredi men choose to study Torah and live off government subsidies rather than work.

“The haredi parties want a lot of transfers for their parties, a lot of money for their people,” Avi Weiss, Taub’s executive director, told JTA. “When you give them that money, they sit at home.”

Only three countries in the OECD are more unequal on income than Israel.

Israel fared better than only Turkey, Chile and the United States in after-tax income inequality in 2011, the latest year for which much of Taub’s data is drawn. Israel ranks somewhat better in comparisons of gross income.

Taub attributes this to a steep income tax cut in 2007 that was meant to incentivize employment. Instead it lowered tax revenue and, with Israel spending so much on defense, left scant resources for social services.

“Israel is not closing the gap as much as other countries are,” Weiss said. “We are paying a relatively low rate of taxes compared to European countries. If what is important to the politicians is decreasing inequality, one way to go about doing that is to get more from taxes.”

Israel has had an above-average cost of living for 24 of the past 25 years.

When Israelis took to the streets to protest the cost of living in 2011, the data backed them up.

Israelis spend more on consumer goods in comparison to the residents of other OECD countries. Food prices are particularly inflated, Taub found, because there’s too little competition between food producers and a low import rate. In industries where there are a lot of imports and healthy competition, such as furniture, prices have remained relatively low.

READ: Will Netanyahu join partners’ push for the poor?

While its service and low-skill workers have below-average productivity, Israel’s flagship sectors, like its high-tech ecosystem, are punching above their weight. Productivity in the service sector has barely increased since 1975, while productivity in the high-tech industry has shot up 66 percent. But high-tech and other productive sectors only make up one-third of Israel’s economy.

Nearly 60 percent of Israeli jobs could be lost to computerization.

Like inequality and poverty, computerization is a challenge not unique to Israel. Like the United States, Israel could see most of its jobs become automated in the next 20 years. Workers from cashiers to telemarketers face a high risk of computerization, while bus drivers could also lose their jobs if self-driving cars hit the road. Doctors, social workers and creative professionals, however, would probably be safe.

Israel should rise to the challenge, Weiss says, by training haredim and others entering the labor market to work in high-skilled jobs that are likely to drive Israel’s economy for decades.

“You can’t train them in something where, 10 years down the line, they’re not going to have a job anymore,” Weiss said. “That’s not going to last.”