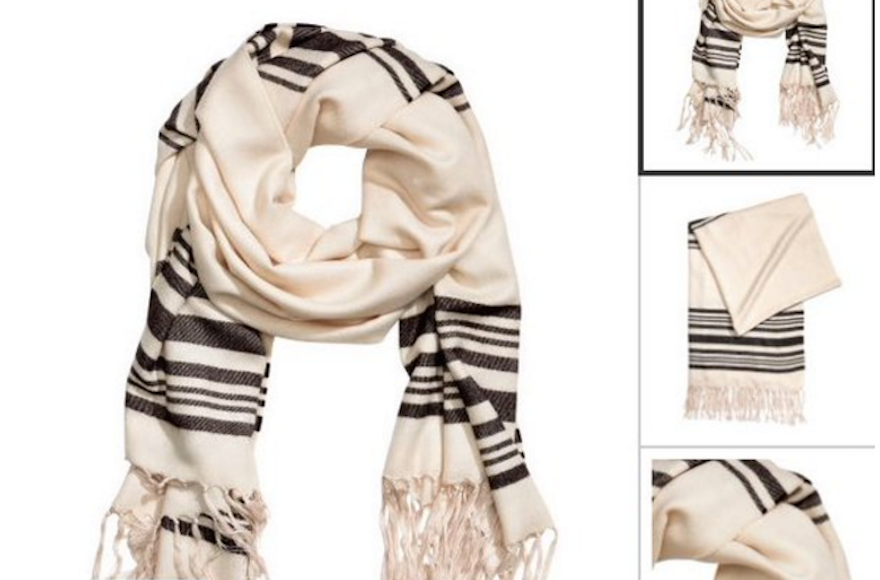 H&M is at it again — they’ve made a scarf that looks remarkably like a tallit, or Jewish prayer shawl.

Racked is reporting that the fast-fashion retailer is currently hawking a beige scarf with black stripes on its website for $17.99. “H&M even incorporated its own version of tzitzit, the knotted fringe you’ll find on every tallit,” the story notes.

The Stockholm-based chain also has a matching fringed poncho for $34.99.

This isn’t H&M’s first foray into prayer-shawl chic: In 2011, they issued a similarly-styled women’s poncho. (Three years later, the brand was accused of anti-Semitism when it issued a tank top with a skull superimposed atop a Star of David.)

H&M is hardly the only major fashion retailer to wade into Jewish (or anti-Semitic) territory. Notably, in the summer of 2014, the Spain-based chain Zara sold a children’s striped “sheriff” T-shirt that looked alarmingly like a concentration-camp uniform, complete with a six-pointed yellow star on the left breast.

Amidst a social media firestorm, the brand apologized and pulled the item from stores.