WATCH: Israelis and Palestinians kiss in defiance of barred book 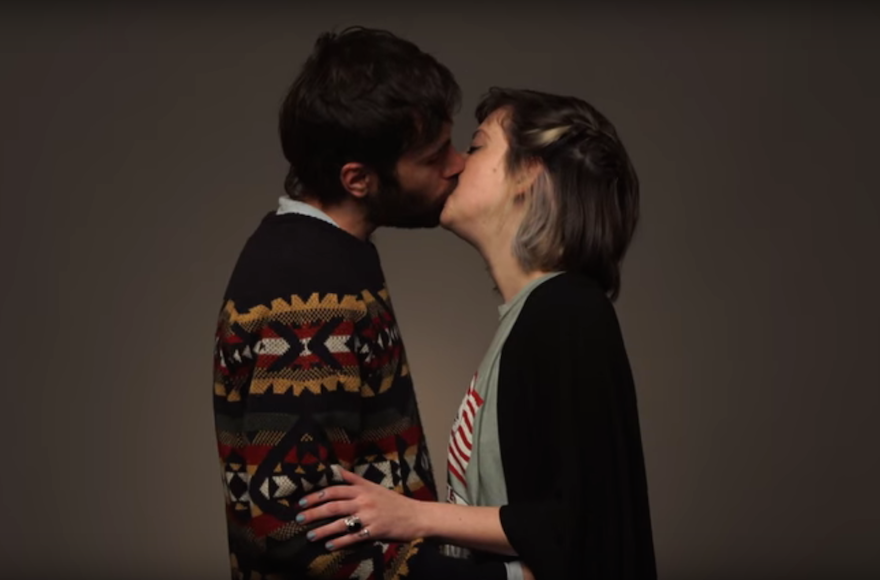 Israel’s Education Ministry probably didn’t see this coming when it excluded a book about a Jewish-Palestinian romance from the high school reading list.

In response to the ministry’s controversial decision, an Israeli magazine published a video on Thursday of Israelis and Palestinians kissing — reminiscent of a provocative 2014 video of strangers kissing that made headlines.

Time Out Tel Aviv’s video features six straight and gay young couples who had never kissed before. Some of the participants were already friends, some had never met.

The novel, “Borderlife” by Israeli author Dorit Rabinyan, was left off the Hebrew literature curriculum last month despite an advisory panel’s recommendation. The story made headlines in Israel and abroad, and the book has since become a best-seller in Israel.

“When the story came out last Thursday we were already working on another big project. But during our editorial meeting this week we decided that we needed to take action against this decision. We immediately started working on the video,” Time Out Tel Aviv Deputy Editor Nof Nathanson told the Washington Post.

As of Thursday afternoon, the video had already been removed from Facebook, presumably in response to user complaints, Haaretz reported. Facebook did not respond.

“Borderlife” tells the story of an Israeli woman and Palestinian man who fall in love in New York before returning to Tel Aviv and Ramallah respectively. The Education Ministry nixed study of the the book over worries that the story’s portrayal of “intimate relations between Jews and non-Jews threatens the separate identity.”

Relations got pretty intimate anyway, at least for the dozen video participants.