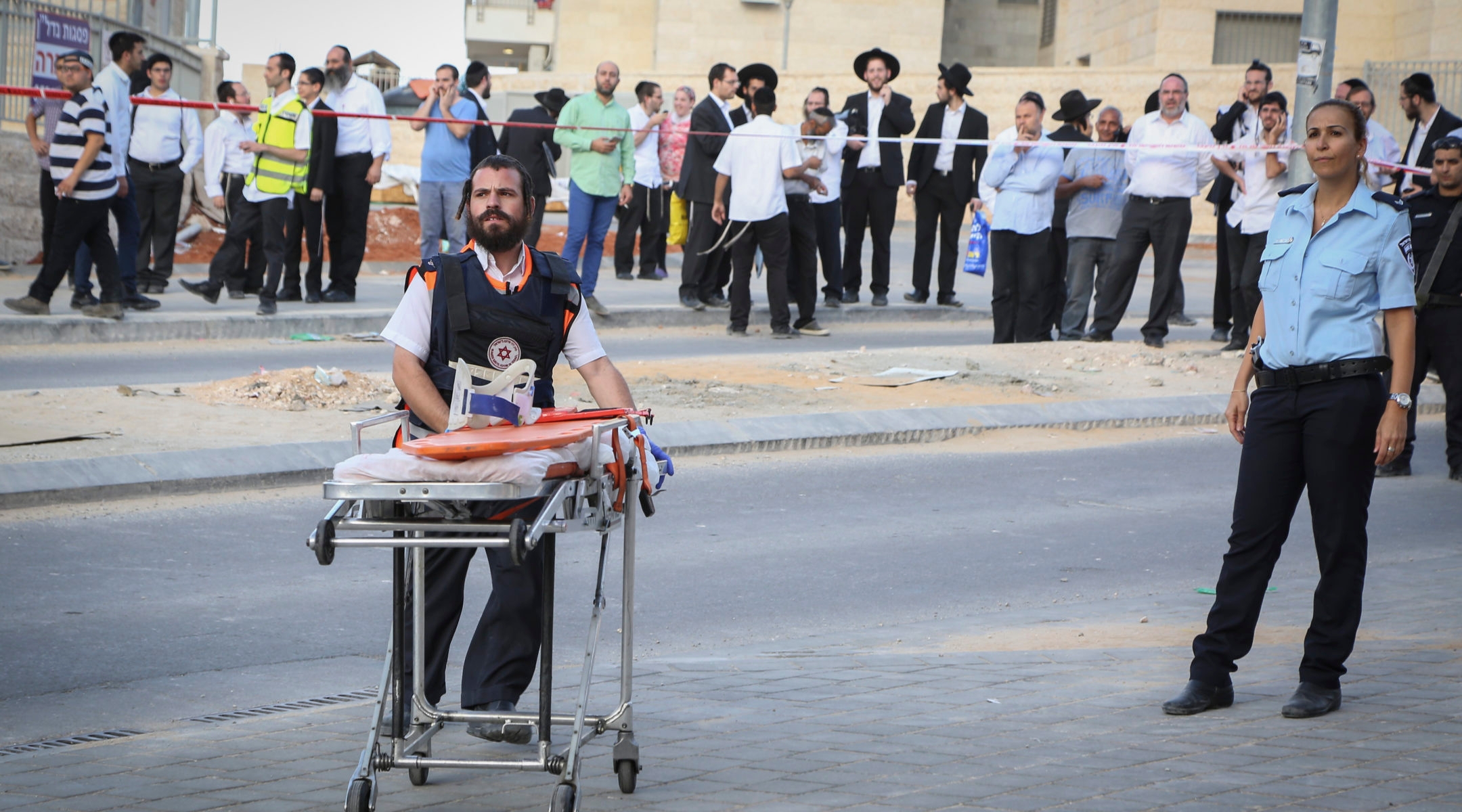 A paramedic rushing to the scene where two terrorists were shot by police after attempting to carry out a stabbing attack in Beit Shemesh, Israel, October 22, 2015. (Yaakov Lederman/Flash90)
Advertisement

The Israel Security Agency, or Shin Bet, recorded 246 attacks by Palestinians on Israelis in December compared to 326 in November, the organization said in its monthly report released earlier this week.

In the December report, the Shin Bet for the first time added the category “Jewish terrorism” to the synopsis. It listed only one incident: The hurling of two smoke grenades into a home near Ramallah, resulting in no injury.

Of the attacks against Israelis documented by the Shin Bet in December, 183 involved the hurling of firebombs. All three fatalities were in stabbings.

The attacks are part of what Israeli Prime Minister Benjamin Netanyahu termed a “wave of terrorism” that began in September amid claims by Palestinians that Israel was plotting to increase its control over or destroy Muslim holy sites in Jerusalem. Dozens of Palestinians have been killed by Israeli security forces and civilians while carrying out the attacks and in subsequent rioting.

Since Sept. 1, the Shin Bet has documented over 1,415 attacks, which resulted in the death of 25 victims and dozens of wounded. Of those, 620 attacks occurred in October alone.

On Thursday night, Israeli troops in the West Bank killed a Palestinian man whom they said tried to stab a soldier. Earlier that day, three Palestinians were killed elsewhere in what the Israel Defense Forces said was an attempted stabbing attack.