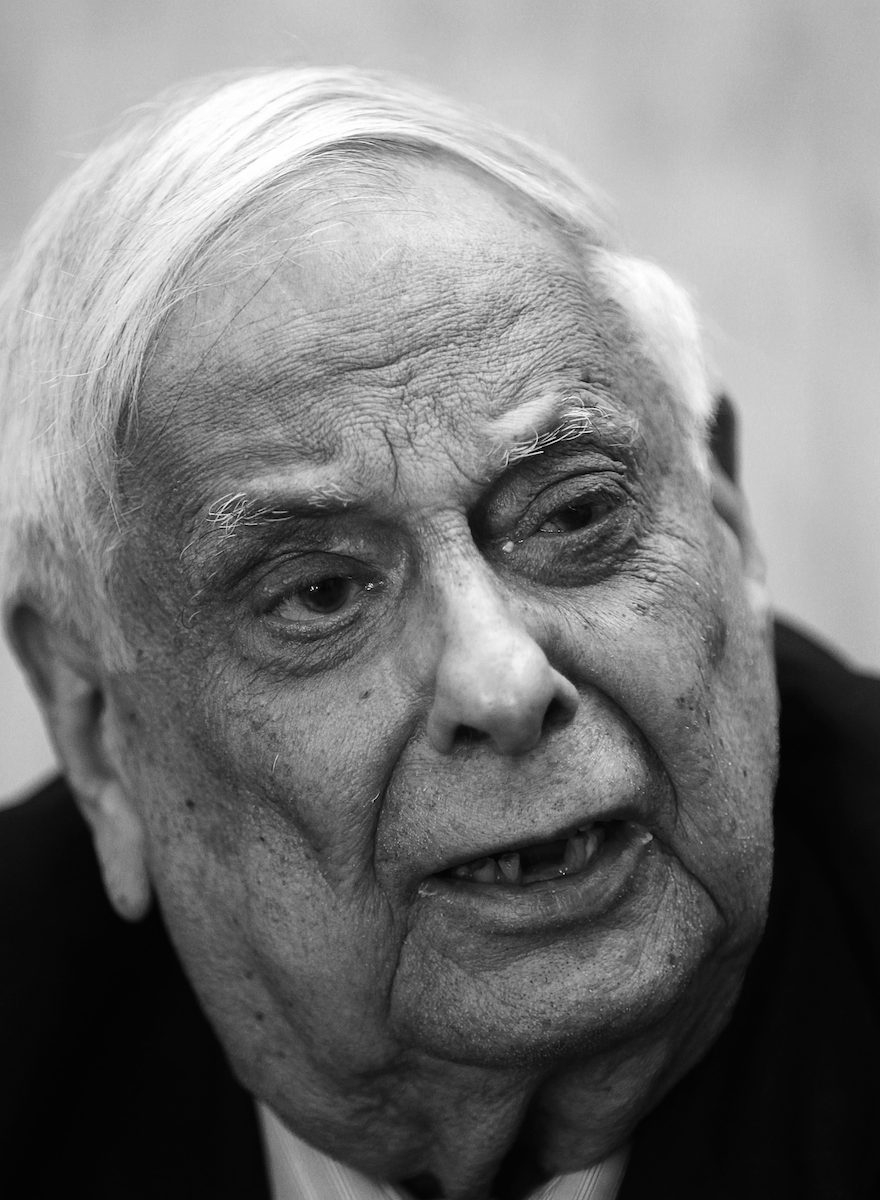 The American Jewish Committee, which in 2013 awarded Jacob with its Global Leadership Award, said in a statement Wednesday that the general was “for decades the most prominent member of his country’s Jewish community” and was its highest-ranking Jewish military officer.

Among his countrymen, Jacob was best known for negotiating the 1971 surrender of more than 90,000 Pakistani soldiers in Bangladesh’s struggle for independence.

According to India’s The Tribune, Jacob’s body was held in state at Brar Square in Delhi Cantonment and then handed over to “Delhi’s small Jewish community at the Judah Hyam Synagogue in central Delhi for his final rites.”

The chief general of India’s army, Dalbir Singh Suhag, said Jacob was a “pillar of military leadership and personified the best qualities of a soldier and a statesman,” according to the Tribune.

Jacob served as governor of Punjab and administrator of Chandigarh between November 1999 and May 2003, according to the Tribune, which said he was known “for dropping in unannounced in public offices.”

Israeli Ambassador Daniel Carmon told the Tribune that Jacob was a staunch supporter of India-Israel relations and “shall forever be remembered as a human bridge between our peoples.”

Born in Calcutta to religious Jewish parents, Jacob was inspired by the Holocaust to enlist in the British Indian Army in 1942. He served on various fronts during World War II, including in Burma and Sumatra.

Interviewed in 2012 by OpenTheMagazine, Jacob said his family originally came from Iraq, settling in India in the mid-18th century.

“I have never been a very religious man,” he told the magazine. “I believe in God, I can say a few Jewish prayers, but that’s it. When we were young, our parents hired tutors to teach us Hebrew. Unlike my brothers, I was not bothered to learn. I regret that now.”

The article noted that he had been to Israel many times “and engaged in some behind-the-scenes diplomacy to foster Indo-Israeli relations,” developing friendships with numerous Israeli military and political leaders, including former President Shimon Peres.

Asked by OpenTheMagazine if he was ever tempted to move to Israel and offer the country his military expertise, he said, “Israel has outstanding military leaders of their own, they do not need me. Besides, India has always been very good to us. I am proud to be a Jew, but am Indian through and through. I was born in India and served her my whole life. This is where I want to die.”

Jason Isaacson, AJC associate executive director for policy, in a statement provided by the AJC, said: “Jack Jacob’s contributions to peace and security in South Asia, as well as to the burgeoning and mutually beneficial relationship between India and Israel, are incalculable and enduring. A warrior, a man of peace, a patriot, a man of letters, and a committed Jew, he was a giant – and he will be missed.”

Jacob, who never married, retired from the military in 1978.