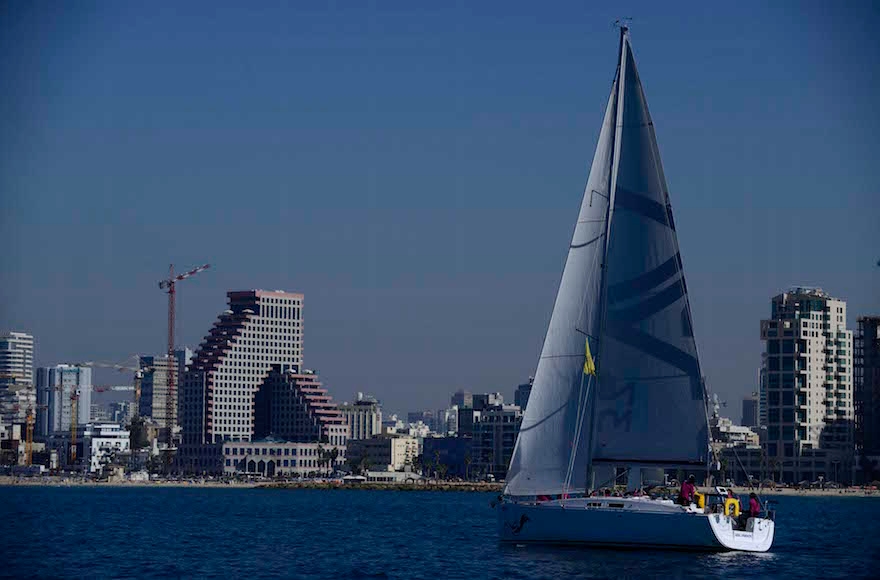 JERUSALEM (JTA) — World Sailing said it “deeply regrets” that two Israeli youth sailors were unable to compete at last month’s world championships due to conditions imposed by Malaysia in order to grant them visas.

The international sailing organization reaffirmed and defined more explicitly, the requirements of its “no discrimination” regulations at the end of an investigation of the incident behalf of the Executive Committee of World Sailing with the full co-operation of the International Olympic Committee. The findings of the investigation were posted on its website on Wednesday.

Israel and Malaysia do not have diplomatic relations. The championships took place at the end of December.

Last year in Poland, two Israeli youth sailors — Yoav Omer and Noy Drihan — each took home gold medals. Omer won in the boys under-19 category, and Drihan was first in the under-17 and under-19 windsurfing events. But they were unable to defend their titles in Malaysia after authorities offered strict conditions in order for them to receive their visas.  Among the terms were that the Israeli windsurfers could not compete under the Israeli flag, wear any symbols associated with Israel nor have Israel’s national anthem played if they won the gold medal. The terms were not acceptable to the Israelis, and they did not participate in the championship.

The investigation found that the conditions required by the Malaysian authorities breached the World Sailing constitution. It also laid some blame on Israel, saying that the late start to register the Israeli sailors to participate led to a situation where World Sailing did not have enough time to intervene and resolve the issues.

In light of the incident, World Sailing said that any breaches of its no-discrimination policy will lead to sanctions including: non-selection as a future venue; denial of appointment of World Sailing race officials to future regattas in the country; and / or cancellation of membership of World Sailing.

The organization reaffirmed that all sailors are entitled to race with their country’s letters on their sail, and to display country flags, play anthems, and wear national team clothing.

“All World Sailing championships involve an element of country representation, and at all these regattas, flags shall be displayed and winners’ anthems played. They shall be displayed and played equally for all competitors. Organizing Authorities who are not able to meet this requirement should not bid, and will not be selected, to host future World Sailing championships,” the investigation found.

The investigation suggested that countries that do not have diplomatic relations with a host country should start the process of registration early enough to make appropriate arrangements. Participants should handle their own security, according to the findings.