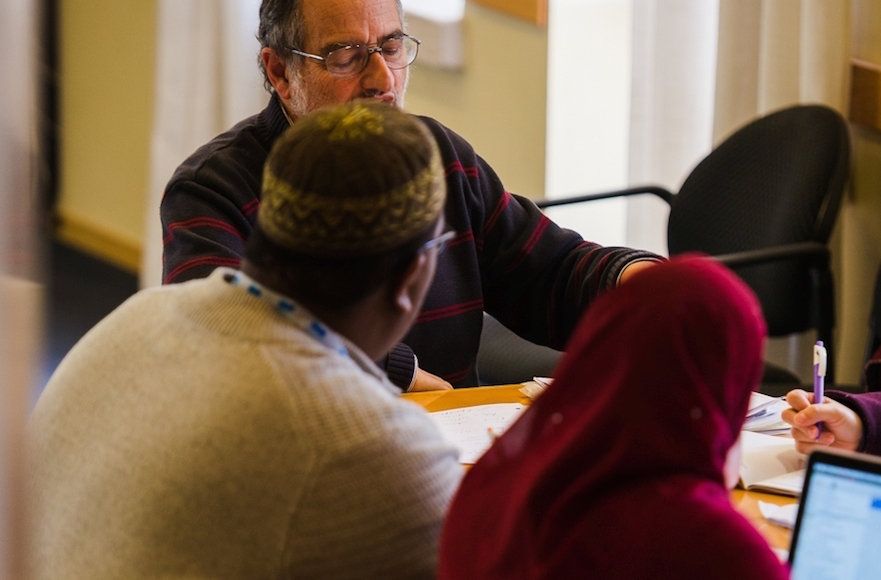 JERUSALEM (JTA) — Alejandro Beutel bowed his yarmulke-covered head and pressed his hands and forehead into the 2,000-year-old stones of the Western Wall. After slipping a note into one of the cracks, Beutel whispered a prayer and cried.

It’s a scene that unfolds daily at the sacred site in the Old City here — except that Beutel is a convert to Islam, the son of a Jewish father and Christian mother. He was one of 11 Muslim activists who visited Israel this month as part of the Muslim Leadership Initiative, a 3-year-old program that brings North American Muslims to Israel to learn about Judaism and the Jewish connection to the Holy Land.

The yearlong program, which is fully covered by scholarships, begins and ends with 12-day seminars in Israel and the West Bank, and includes two retreats in the United States and monthly study sessions in between. Since its founding in 2013, MLI has brought 59 North American Muslims to Israel.

“I have never been able to articulate and understand Jews, Judaism and Zionism, even with Jewish relatives that I have, until I went through MLI,” Beutel said.

The brainchild of Imam Abdullah Antepli, the Muslim chaplain at Duke University, the program is co-directed by American-Israeli journalist Yossi Klein Halevi, a senior fellow at the Shalom Hartman Institute, a Jewish education center in Jerusalem. Among the program’s previous participants is Rabia Choudry, a fellow at the New America Foundation who came to national attention for her role in the first season of the NPR podcast “Serial.”

Antepli believes MLI will breed a deeper interfaith dialogue than similar efforts that stick to superficial issues while ignoring the elephant in the room — Israel — which, when acknowledged, often leads to screaming matches.

MLI “will force Jews and Muslims to diversify their sources of information about each other rather than relying on the voices pumping fear and suspicion into both communities,” Antepli said.

The vehement criticism of the program within the Muslim community is a testament to how controversial that goal is. Muslim activists have described MLI as a vehicle for Israeli propaganda and called for a boycott. Antepli has received death threats. Last year, an MLI cohort was harassed during a visit to the Al-Aqsa mosque in Jerusalem. 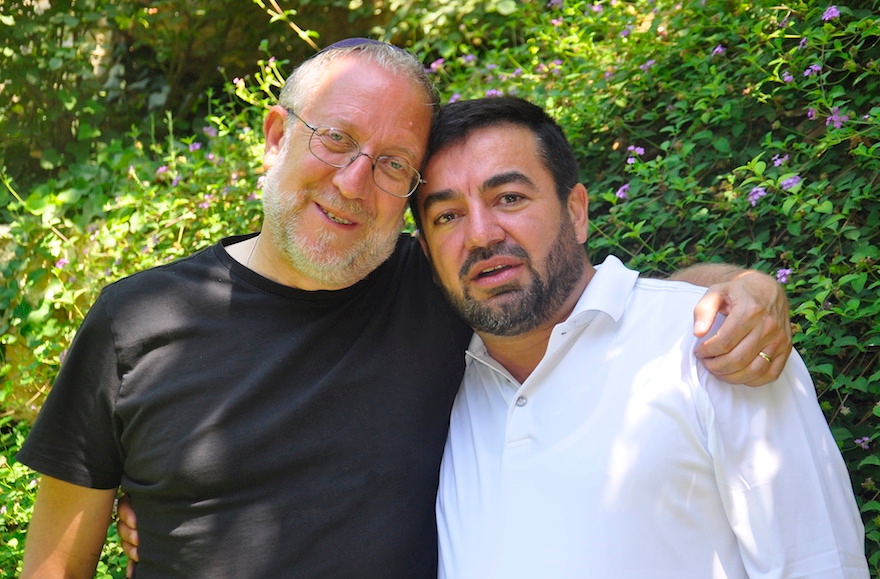 Participants told JTA they have lost friends and suffered financial consequences due to their involvement in the program. MLI leaders requested that JTA not publish this story until participants had left Israel. Antepli feared that news of their presence “could spark provocations.”

“It’s pretty confusing,” said Khurrum Wahid, a Florida attorney who has defended several high-profile terrorism suspects and whose Muslim empowerment nonprofit, Emerge USA, lost 15 percent of its funding because of his participation in the program. “Before I was regarded as a terrorist, and now suddenly I’m being called a Zionist.”

For Antepli and the MLI participants, the hostile reaction merely confirms the urgency of the initiative.

“There’s a misunderstanding within our community of what Zionism is — that it’s an exclusively prejudiced agenda,” said one participant who requested anonymity due to the contention surrounding MLI. “When people hear we’re going to speak with Zionists, they hear, ‘We’re going to meet with the KKK to hear why they hate black people.’ That’s why this work is so important.”

She continued: “I don’t think I ever understood how deeply some Jews are attached to this land. The risks and sacrifices we’ve made to do this really means a lot to our Jewish partners. It creates this sense of trust that we wouldn’t have otherwise. That’s a really valuable part of this program.”

MLI has no illusions that it can create a warm and cozy relationship between Muslims and Jews or solve the Israeli-Palestinian conflict. The objective, MLI leaders say, is to deepen understanding of the Jewish connection to the Holy Land so that Jewish-Muslim dialogue can be more informed.

“It’s about getting them to simply understand,” Halevi said.

Muslim critics in the United States have charged that MLI aims to turn participants into Zionist advocates or apologists, but the program is a far cry from pro-Israel propaganda.

In one session last week, participants read Israel’s Declaration of Independence and discussed why the document’s promise of equal rights for all citizens has not yet been realized. In another, they heard from Mohammad Darawshe, co-director of Givat Haviva, which supports Israeli-Palestinian coexistence efforts, who told them that his family had lived in Palestine for generations and that their land was confiscated by Israel.

Some participants said they still view Zionism as racist, privileging Jewish rights over Arab ones. Some even support the Boycott, Divestment and Sanctions movement, including Antepli, but only in the West Bank, not in Israel proper.

“Even after a year in the program, it has not changed my opinion on the treatment of Palestinians,” said Wahid. “Israelis as a people and a state need to prioritize human rights and freedom in order to get to security. They’re going about it the other way around.”

“The Jewish community blazed trails,” said Amanda Quraishi, a Muslim activist in Austin, Texas. “We’re such a new community in America and have so much to learn from them.”

Khaliff Watkins, an interfaith activist in New Jersey, had many Jewish friends as a child but avoided discussing Israel because it was divisive. Before the trip, he didn’t understand the Jewish connection to Israel, which he regarded as a “colonialist project.”

After the trip, Watkins says he can better understand Israeli Jews who have endured “the trauma of having one’s narrative and one’s identity not being accepted in the world … and their genuine commitment to humanity and living in peace with others who are not Jewish.”

CORRECTION: An earlier version of this article mistakenly attributed the claim that Zionism is a racist policy to Khurrum Wahid. It also asserted that “most” MLI participants regard Zionism as racist when only some participants expressed that view.