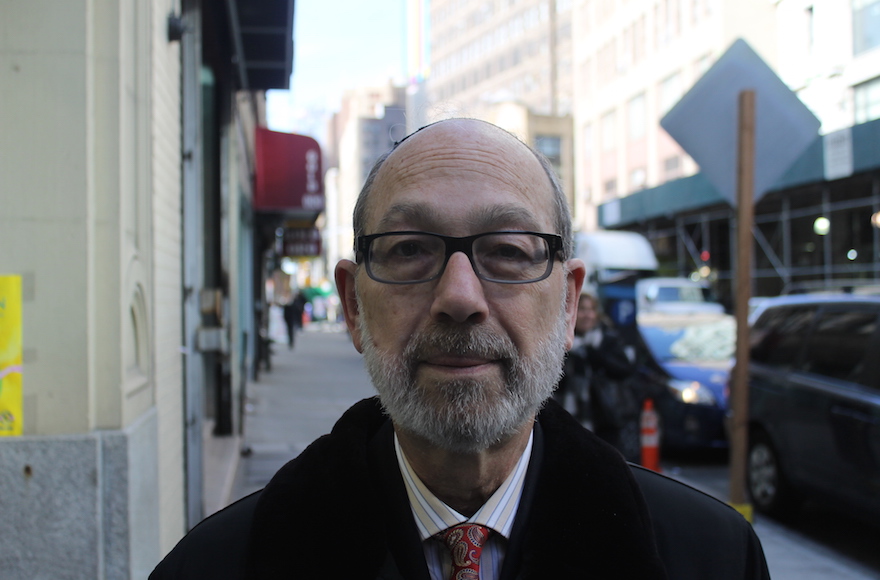 Getting things in order was no easy task.

The year before, federal authorities carried out the largest-ever U.S. workplace raid at Agriprocessors’ plant in Postville, Iowa, arresting some 400 illegal workers. Long a target of animal-rights activists for reputedly inhumane treatment of its cattle, Agriprocessors was found to have employed underage workers. Eventually, CEO Sholom Rubashkin was arrested and convicted on 86 counts of bank fraud, mail fraud and money laundering and given a 27-year prison sentence. Agriprocessors declared bankruptcy and suspended operations.

After purchasing the company, Friedman renamed it Agri Star Meat & Poultry, restarted the shuttered plant and spent millions on upgrades.

Six years on, Friedman says Agri Star uses the government’s E-Verify program to ensure its employees are legal and has redesigned the Postville plant to improve efficiency and animal welfare.

In 2010, Agri Star met with PETA several times and adopted six of the seven animal-welfare recommendations made by the animal-rights group, PETA told JTA. The recommendations included getting the approval of renowned livestock expert Temple Grandin and giving a Grandin representative 24/7 access to the plant.

Agri has minimized factors that could distress the animals before slaughtering, reduced the time the cattle are restrained and has an outside auditor visit each week to assess compliance, according to food safety consultant Erika Voogd, who wrote about Agri Star in the industry magazine Meating Place. In a recent audit, fewer than 2 percent of animals took more than 30 seconds to lose consciousness after their throats were cut – excellent by industry standards, Voogd wrote.

Friedman, 65, sat down this week with JTA’s Uriel Heilman to talk about Agri Star, his Israeli real estate projects and his philanthropy, which supports yeshivas and has published hundreds of Jewish religious books.

A condensed version of the interview follows.

JTA: Why did you decide to buy Agri Star?

Friedman: At the time there were two main players in the kosher meat market: Rubashkin [Agriprocessors] and Alle Processing. After Rubashkin was pulled under, the rabbis called me and said we can’t let one Jewish religious company control the kosher beef and poultry market in North America. So they asked me to buy it and get it going again. It wasn’t done for financial purposes, it was done to really cater to the Jewish community. During the time Rubashkin was closed, the price of beef roughly doubled. After we acquired it, it came right back down. Did I know it was going to be such a headache to get it to a properly running company? No. It was a very long haul and a lot of money.

Do you view your ownership of Agri as an act of charity or business?

It’s become a chesed [charity]. It’s not losing money, but it’s not a business I’m in to make lots of money. Rubashkin did well in it.

What have you done to improve the plant?

No. 1, everybody working by us is legal and goes through the E-Verify system. Two, we modernized the whole beef department with modern equipment following every standard of the USDA and HACCP [the federal food safety management system Hazard Analysis Critical Control Point]. We automated quite a bit, including the cut-up.

What about animal welfare?

We have no problems with that anymore. We have a person that comes once a week at random to inspect the plant. And we give a daily report about how the cattle are treated. The standards are very high. You can’t just whip them and get going. You have to treat them nicely. We do things by the book. Once you get into it, it’s not so hard.

About 50,000 birds a day, primarily chicken. On beef, we’re picky on quality. We can do up to 400 a day, but we don’t slaughter that much. If you can find only 200 good head a day, just bring me what’s good. The buyers know what is quality beef. All the beef comes from within a 100-mile radius. If cattle travel too much, they get banged up in the trucks. That causes bruises, and then the meat is no good. We process only our own products. It’s all U.S. bred, slaughtered and processed.

How much did the upgrades cost?

Millions and millions of dollars. It was a real job until we got it implemented. We spent about $3 million last year alone on upgrades.

How are you able to keep meat prices low?

I make very little profit. If I really wanted to make money, I should just double the price and say the hell with it. But this is not a business that you’re into to make a killing.

Well, technically, your business is killing.

We try to make meat affordable.

Your Israeli real estate company, Azorim, is building luxury buildings and marketing the apartments to Jews overseas. Yet Israel has a real crisis of affordable housing. Is this an area where your roles as a businessman and Jewish philanthropist clash?

All luxury means is you’re going to have gold-plated faucets, beautiful marble floors, a fancy-schmancy kitchen. We build basically economical. We’re not advertising it as ‘Go make sure Israelis don’t have apartments.’ What Azorim is trying to do is get Jews to come to Israel. How do you start? You get them to buy an apartment. Then they come to Israel a couple of times a year. We all know that to be a good Jew, a Jew should really own a piece of real estate in Israel. It’s called yishuv Eretz Yisrael [settling the Land of Israel].

I thought yishuv Eretz Yisrael meant living there. You spend a lot of time in Israel away from your Montreal home. Is your place in Jerusalem or Tel Aviv?

You’re preaching yishuv Eretz Yisrael and you don’t have your own apartment?

A person like me is in and out. When I get up in the morning, I’m really not interested in making my bed, making myself breakfast. I need to have all the comforts and conveniences of a hotel. The day I’m ready to retire, I’ll have a choice of one out of thousands of apartments.

Are you ever going to retire?

So you’ll never move to Israel.

I’m there more than any other Jew is. Even Israelis aren’t there as much as I. I’m there at least once a month for a week. We’re in touch on a daily basis with Israel.

The foreign Jews to whom you’re marketing won’t live in Israel either. In Jerusalem, absentee owners have turned some neighborhoods into virtual ghost towns.

That’s a myth. You call it the dark apartments. The truth is they only seem dark because electricity in Israel is so expensive. If you live there you’ll notice a little bit of light flickering in the windows – it’s because they’re using candles.

But the shutters are closed during the day, too.

That’s because the sun is very strong in Israel. Look, Israelis like to claim poverty, but everybody makes a living in Israel. It’s just that every Israeli is a schnorrer. They know they got their rich American Jewish families or friends. That’s where they get free bucks. So they come out two times a year and go around and collect. And we all give them. A Jew has a heart. But if you’re a born Israeli, there’s no shortage of opportunities. You have to go to the military at 16, but the government really takes care of you afterward. College doesn’t cost you a penny.

That’s false. Israelis have to pay for university, and military service begins at 18.

Well, you have a lot of benefits.

How did you get your start as a businessman?

As a little boy of 5 or 6, I started going to stationery stores and buying boxes of pencils, erasers, pencil sharpeners and peddling to kids in school. Years later, I’d come home for vacation from Yeshiva Ner Israel in Baltimore and go to construction sites and offer to buy them lunch. I made money in tips and a little upcharge. When I got older, I put up vending machines at construction sites. I went into business at age 17 and built myself a nice little piggy bank over time. Now the companies I own make me probably the biggest packager in North America.

What are your priorities when it comes to charity?

We have two foundations, and on top of that every one of my companies gives 10 percent of their profits locally. We give to Jewish causes, but not just haredi [Orthodox] causes. We give to federation, the hospitals, various types of schools, special-needs organizations. Book publishing is critical for us. How can you help out the kid who sits in the back of the class and has trouble following his studies? We have published thousands of seforim [Jewish religious books] that are used every day. We help a lot of yeshivot all over the world. I try to be a good boy.