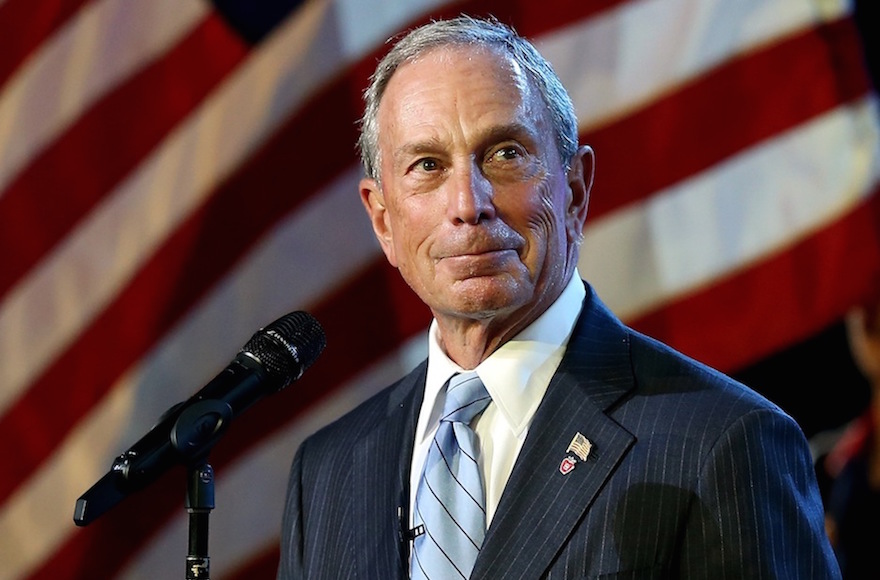 “I would love to have Michael get into the race. I would personally like to compete with Michael Bloomberg,” Trump told CBS’ “Face the Nation” in a phone interview Sunday morning.

“I think he might very well get in the race and I would love him to get into the race,” Trump said.  “Michael has been a friend of mine over the years. Perhaps we’re not friends anymore. He has wanted to do this for a long time but he has never pulled the trigger.”

The New York Times on Saturday anonymously quoted aides and associates of Bloomberg, 73, a media magnate and three-term mayor, as saying he saw an opening in case Donald Trump and Sen. Bernie Sanders, I-Vt., won the Republican and Democratic nominations, respectively.

Now, however, according to the Times, he feels that the prospect of Trump, a populist whose campaign has been fueled to a great degree by anti-immigrant rhetoric, facing off against Sanders, a social democrat who like Trump rails against the political establishment, could change that calculus.

Bloomberg, who is Jewish, has maintained close ties to Israel, making a last-minute visit to the country during its 2014 war with Hamas to show that travel was safe in the face of a brief Federal Aviation Authority ban.

Bloomberg made his fortune, now valued at approximately $40 billion, from the media and financial data company he founded, Bloomberg L.P. He has said he would be willing to spend $1 billion of his own money on a presidential run.