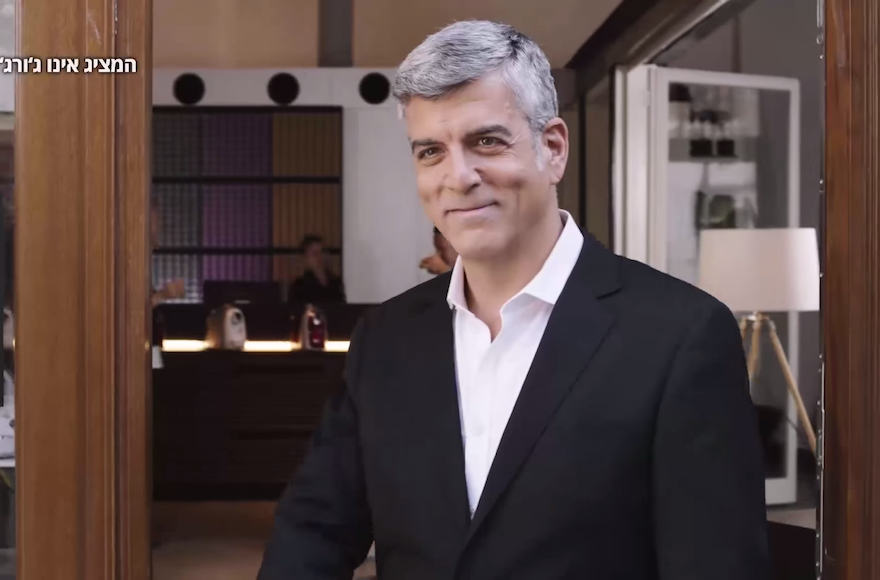 JERUSALEM (JTA) — Nespresso is suing an Israeli coffee competitor for using a look-alike of pitchman George Clooney in its commercials.

Nestle, the parent company of Nespresso, has called on the Espresso Club to pull the advertisement and pay $50,000, according to reports.

After losing the case, Nestle filed an appeal last week, saying the Israeli company’s ad is “misleading,” according to reports.

The Espresso Club commercial informs viewers in a disclaimer that the actor is not Clooney. The company claims its ad is comedic and meant to poke fun at Nespresso.

In addition to being the face of Nespresso, Clooney serves on the company’s board of directors.

CORRECTION: A previous version of this article incorrectly stated that the current lawsuit was filed two years ago. That was as a similar, but different suit.