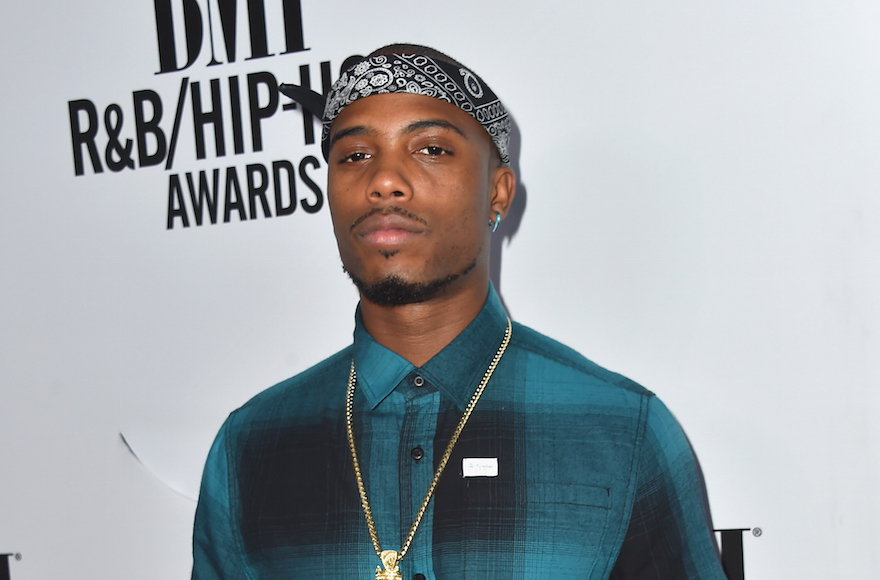 (JTA) — The Grammy-nominated rap star B.o.B. in his new song offers support for Holocaust denier David Irving, along with reiterating a claim made on Twitter that the earth is flat.

The track, released Monday two days ahead of Holocaust Remembrance Day in response to a Twitter argument with astrophysicist Neil deGrasse Tyson about the shape of the earth, focuses primarily on Simmons’ conviction that the earth is not round.

In the second verse of his stream-of-consciousness and wide-ranging lyrics, B.o.B., whose real name is Bobby Ray Simmons Jr., urges listeners to “Do your research on David Irving.”

The rapper has released top-selling singles in both the United States and the United Kingdom.

A movie about the trial, which Lipstadt published a book about, is in production, with Academy Award-winner Rachel Weisz playing the author.