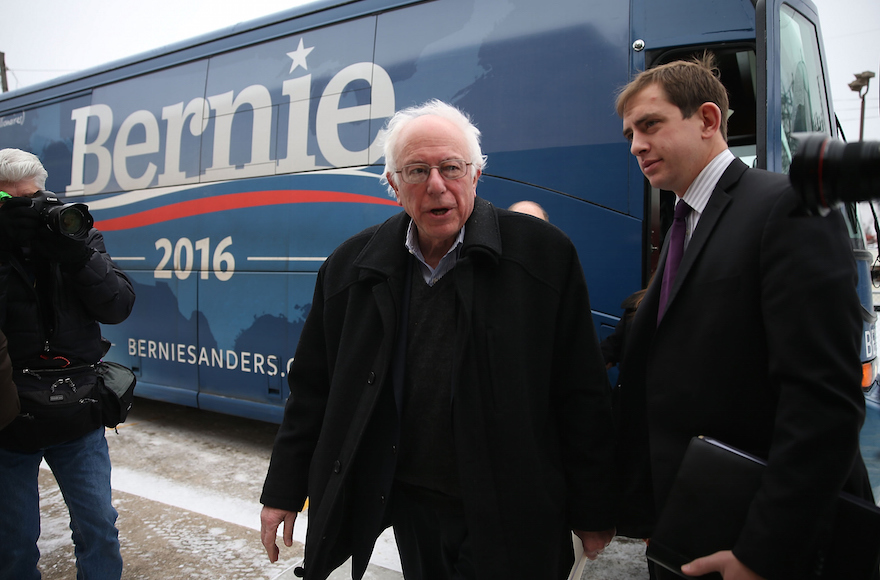 (JTA) — Residents of the Polish town where Bernie Sanders’ father was born are watching the Jewish candidate’s presidential run with pride.

Many citizens of Slopnice, in southern Poland, viewed the results of the Democratic caucus in Iowa with interest on Tuesday, according to Agence France Press, the day after Sanders narrowly lost to Hillary Clinton.

READ: 5 questions Jews should be asking after Iowa

“There’s quite a bit of excitement in the air here — we’re proud of Senator Sanders and we wish our ‘homeboy’ even greater success!” Mayor Adam Soltys told AFP.

Soltys met Sanders, 74, and his brother in 2013 when the two visited the town of 6,500 while retracing the footsteps of their father, Eli. The mayor helped the brothers find the house where Eli Sanders lived before emigrating in 1921 at age 17.

Many of Eli Sanders’ relatives were killed in the Holocaust.

Bernie Sanders “even speaks a few words of Polish,” Soltys said, describing the candidate as “very sympathetic, warmhearted and friendly.”

READ: Bernie or Hillary? How the Jewish celebrity vote breaks down

“After a couple hours, it felt like we were old friends,” he added.

Sanders, a U.S. senator from Vermont for nine years, was born and raised in Brooklyn. While his father was an immigrant, Sanders’ mother was a native New Yorker, the child of Jewish immigrants from Poland and Russia.