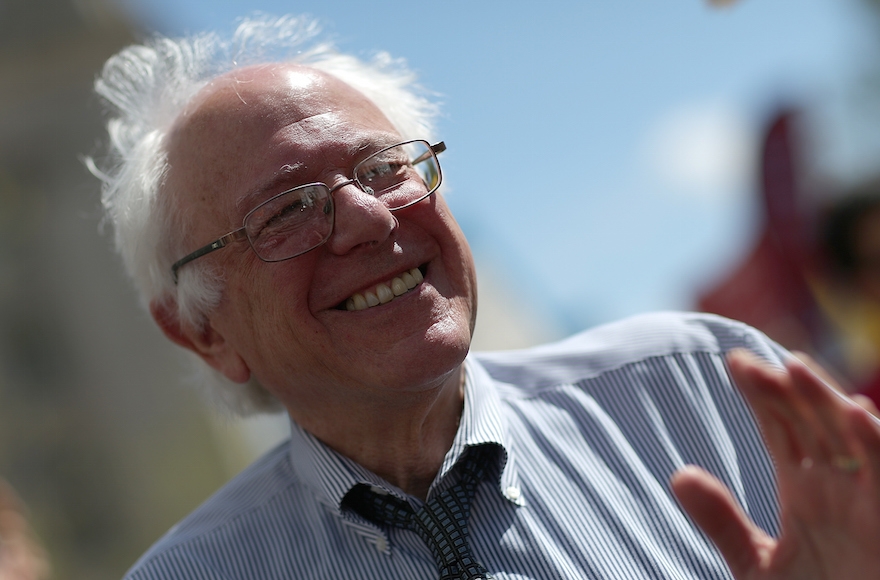 WASHINGTON (JTA) — The kibbutz where Bernie Sanders spent several months in the early 1960s has been identified, thanks to a rediscovered news story from 1990.

Sanders, an Independent Jewish senator from Vermont now running for the Democratic presidential nod, spoke to Haaretz in 1990, on the eve of his election to the U.S. House of Representatives as a democratic socialist. He named the kibbutz where he volunteered in 1963 as Shaar Haamakim.

As Sanders’ campaign gained traction this year, Haaretz, like others in Israeli and Jewish media, had tried to identify the kibbutz, but until the author of the article, veteran journalist Yossi Melman, said Thursday on Twitter that Sanders had named the kibbutz in 1990, no one had tracked this particular article in the Haaretz archive.

In the Hebrew-language article, a pdf of which appeared Thursday on Haaretz’s website, Sanders told Melman that he visited Israel in 1963 as a guest of the leftist Zionist Hashomer Hatzair movement and stayed at its affiliated kibbutz.

Located northeast of Haifa, Shaar Haamakim (Gateway to the Valleys) was founded in 1935 by immigrants from Romania and Yugoslavia who had been trained in farming techniques. The kibbutz still includes farmland and has a flour mill and a dairy, but its primary income is now from the manufacture of solar panels, according to its website.

What drew Sanders to Israel at the time is not known, but his older brother, Larry, was spending time in the country. Bernie Sanders had earned some renown as a civil rights activist at the University of Chicago.

Sanders has been reluctant during this campaign to discuss his Jewish upbringing and his time in Israel, where he traveled with his first wife, Deborah Shiling, who also was Jewish. His campaign has turned away queries about his Israel stay.

The exact dates Sanders was in Israel are unclear. Although he told Haaretz he was there in 1963, he did not graduate from college until 1964. He also had not married Shiling by June 1964, when she was listed as a maid of honor at her sister’s Baltimore wedding in a New York Times notice.

Sanders, born in Brooklyn to a Polish immigrant whose family perished in the Holocaust, had divorced Shiling and was living in Vermont by the late 1960s.

At the time of the interview with Melman, Sanders was the mayor of Burlington, the state’s largest city, and was a sharp critic of the foreign policies of the Reagan and first Bush administrations, particularly in Central America.

He told Melman that “as a Jew, I’m embarrassed by Israel’s involvement” in Central America, accusing the country of acting as a front for the American government and delivering arms to repressive regimes. He also saids he would like to see greater pressure on Israel to compromise on the Palestinian issue.