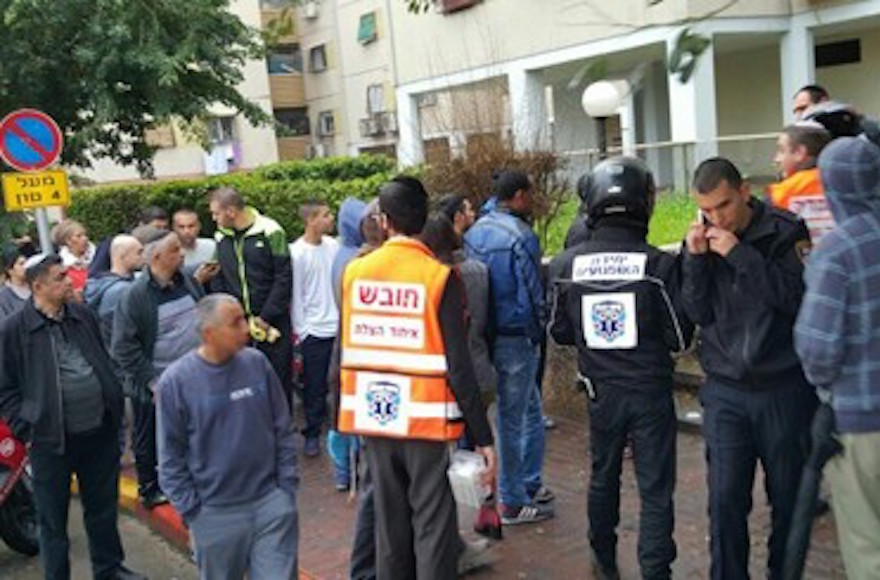 Paramedics arriving at the scene of a stabbing in Ramle, Israel, Feb. 8, 2016. (Hatzolah)
Advertisement

JERUSALEM (JTA) — An 11-year-old boy was stabbed several times in the back with scissors in the central Israeli city of Ramle.

The boy told police the attacker in the Monday afternoon incident was an Arab man. He was taken to a nearby hospital in moderate condition, police said. The attacker fled the scene.

A 17-year-old suspect was arrested after a short manhunt. The suspect is from Jawarish, an Arab neighborhood of Ramle, according to police. Ramle is a mixed Jewish-Arab city.

The victim said he was walking down the street when the assailant stopped to ask him a question. According to the Walla news site, the assailant asked for a lighter, and the boy said he did not have one. The boy said the assailant then began stabbing him in the back with scissors.

Police are investigating whether the attack was terror-related.

It is the second stabbing in Ramle in less than a week. On Thursday, two Arab-Israeli teenage girls stabbed a guard at the city’s central bus station.

Also Monday, police arrested an Arab woman from eastern Jerusalem at the Damascus Gate outside the Old City of Jerusalem who was carrying what police described as a large knife. She was stopped after police noticed she was acting suspiciously.