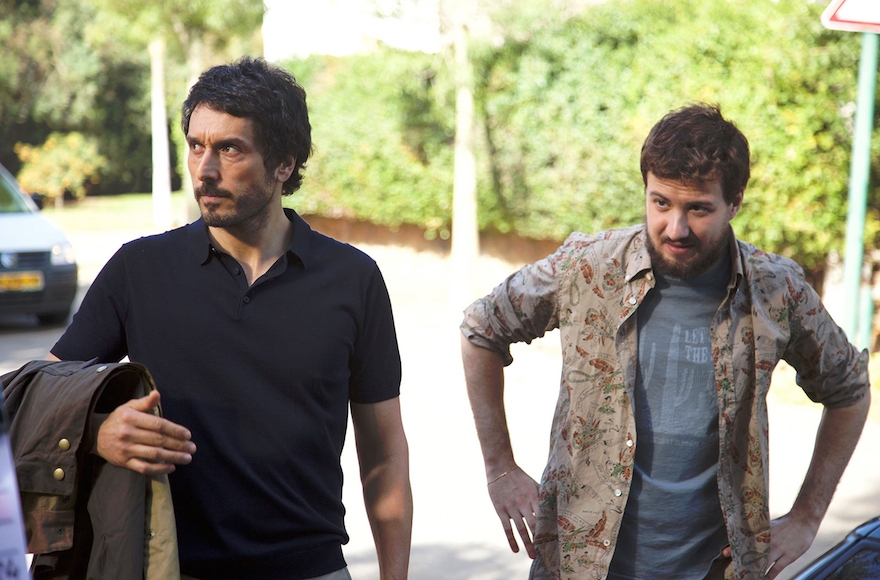 Vincent Elbaz, left, and Ludovik Day taking a break from the filming of "Je Compte sur Vous" in Tel Aviv, May 2015. (Courtesy of Pascal Elbe)
Advertisement

PARIS (JTA) — An authoritative voice and phone credit was all Gilbert Chikli needed to steal millions of euros from seasoned bankers and businessmen in his native France.

One of France’s most famous criminals, the 50-year-old Chikli was sentenced in May by a Paris court to seven years in jail for defrauding dozens of telephone victims out of more than $8 million in 2005-06 while he was living in Israel.

But Chikli is living as a free man in Israel — the country has no extradition treaty with France.

Now his story is getting a fresh look because of a new and controversial French film starring President Francois Hollande’s girlfriend, Julie Gayet, based loosely on the Chikli saga. Coming at a time of rising Jewish emigration from France to Israel, the French-language feature “Thank You for Calling” (known in France as “Je Compte sur Vous,” French for “I’m counting on you”) is drawing attention in both countries to a criminal fringe of French Jews for whom aliyah, or immigration to Israel, serves as a get-out-of-jail card.

In Chikli’s case, he scammed his victims from Israel by presenting himself as a secret service agent in need of their help or as the president of the financial enterprise where they worked. After building trust and preying on victims’ insecurities or vanity, he persuaded them to empty accounts belonging to their clients.

In one case, Chikli had a mark give an accomplice in Paris $400,000 in a bag that she passed to him under the divide of a public restroom. The cloak-and-dagger techniques were necessary, Chikli told her, to protect the identity of the “secret agent” handling the dropoff.

At other times, he asked victims to put clients’ money into a “temporary account” so that France’s DSGE foreign intelligence agency could “flag” the money before returning it to the owner. In reality, Chikli emptied the fictitious recipient accounts and kept the money. 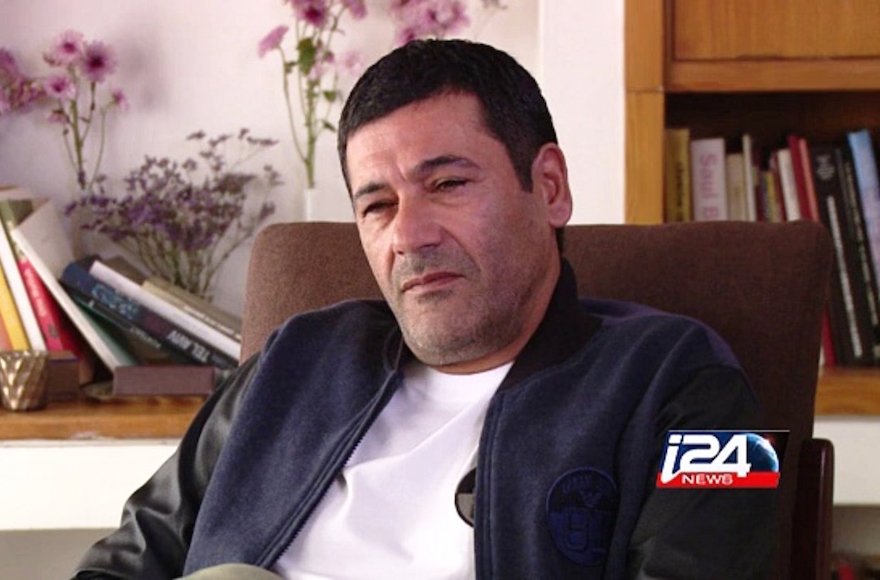 Chikli, a tall and handsome man, fled France in 2009 for Israel through a third country while French police were working to indict him. He already had spent three years in jail awaiting indictment, but was set free that year due to a lack of evidence; the prosecution presented its evidence only in 2011. Far from disputing his 2015 conviction, Chikli has bragged to the media about his technique, which he labeled “the president scam” in an interview he gave last December to i24 TV.

“When it works,” he boasted, “you get off on it. Because you’re 5,000 kilometers from Paris with a telephone and a 100-euro calling card and you can make 10 million euros” (over $11 million). Eloquent and self-confident, Chikli told France 2 in an earlier interview: “I’m not a crook. I’m a player, and it was a game to me.”

Justice Ministry officials from France and Israel said talks are ongoing about extraditing Chikli, whom Israeli police questioned many times and briefly arrested in September in connection with a brawl.

Chikli says he has a good life in Israel, where he deals in real estate. He even recently earned an undisclosed amount, estimated at several thousand euros, from consultancy services he gave to Pascal Elbe, the French-Jewish director of the new film based on his story.

Released in December in France, the film generated unprecedented attention on Chikli in the mainstream media as the symbol of an Israeli-French underworld that is out of reach of French authorities because of the complications in extraditing suspects from Israel. Likewise, suspects in France are out of reach of Israeli authorities because French laws restrict extradition only to EU member states.

“It’s a small phenomenon that is part of the much larger issue of criminality during globalization,” Elbe told JTA.

Elbe’s film has led the French media, including the TF1 and France 2 television channels, to devote extensive coverage in recent months to what they call the “Franco-Israeli mafia.”

This attention is troubling to many French Jews, including Avi Zana, director of the nonprofit Ami Israel, which helps French immigrants in Israel integrate into their new society.

Calling the coverage “disproportionate,” Zana said the apparent presence of a few dozen French criminals in Israel is a “normal result of an increase in French aliyah and diversification in the spectrum of newcomers. It does not suggest any proclivity to criminality” among French immigrants to Israel.

The crooks among the newcomers, Zana said, “are detested by the rest of us, who feel they give us and Israel a bad name.”

Elbe’s film, he said, “is regrettably blowing things out of context at a time when French Jews have already enough trouble from anti-Semitic stereotypes this film risks augmenting.” 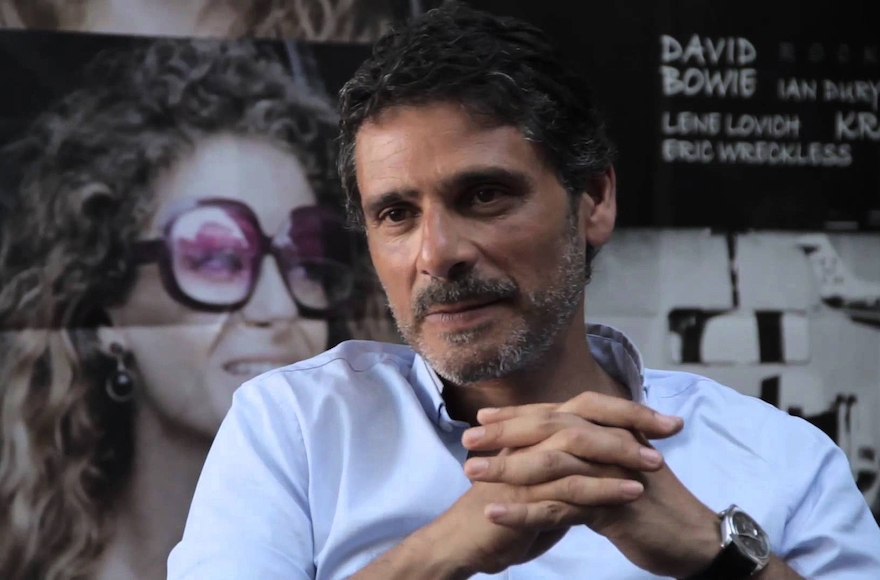 Elbe, who is Jewish, said he anticipated the film “would be a divisive” among French Jews, but decided to make it anyway because “the subject is fascinating and anti-Semites can’t be allowed to intimidate us into self-censorship.”

Last year, Israeli prosecutors charged 10 recent immigrants from France for alleged telephone scams, cyber crimes and real-estate fraud — all involving France-based victims. The exact number of French citizens thought to be evading authorities in Israel is unknown, but France has sent to Israel at least 70 formal requests for judicial assistance with cases involving suspected fraud by dual nationals residing in the Jewish state, according to a 2014 expose by the Challenges weekly. Compliance on the Israeli side was partial.

While some suspects have been extradited – including the 2015 case of an insurance scammer who killed someone in an arson in Paris – Israel is reluctant to extradite because Paris will not reciprocate, said Sammy Ghozlan, a French former police commissioner who moved to Israel last year.

Ghozlan noted France’s refusal to hand over two French citizens whom Israeli authorities sought to prosecute in connection with a 2011 hit-and-run in Tel Aviv that killed Lee Zeitouni, a 25-year-old fitness instructor.

Ignoring Israel’s requests for extradition, a Paris court in 2014 gave her killers, Eric Robic and Claude Khayat, prison sentences of five years and 15 months, respectively, for leaving Zeitouni for dead before fleeing the country.

But the lack of an extradition treaty, Ghozlan said, means that some crooks “use aliyah as a way of setting up shop out of sight and reach of French police who know them well.” However, he added, the 10 arrests last year in Israel “show that Israeli and French justice authorities have learned to cooperate and share information despite complications.”

In parallel, Israeli authorities have made it more difficult for foreign nationals to open bank accounts in Israel as part of a larger effort against money laundering launched in 2010.

French aliyah has been rising steadily. The 7,238 newcomers in 2014 tripled the number of French immigrants in 2013, and aliyah rose again in 2015, to nearly 8,000 immigrants. Experts attribute the growth to violent anti-Semitic attacks and a stagnant economy in France.