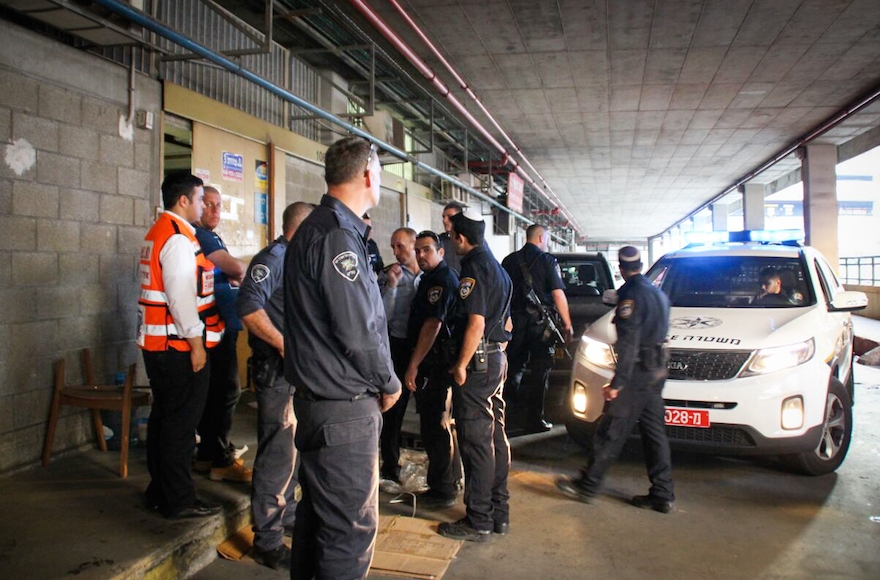 Israeli police at the scene where two Israelis were killed and at least two others wounded in a stabbing attack in southern Tel Aviv, Nov. 19, 2015. (Moti Karelitz/ZAKA Tel Aviv)
Advertisement

TEL AVIV (JTA) — The Israel Police has appointed its first Arab Muslim deputy commissioner, who will lead a new unit charged with law enforcement in the country’s Arab sector.

Jamal Hakrush, from the northern Israeli Arab town of Kafr Kanna, will lead the 1,300-person unit, for which the police are currently recruiting officers, the Times of Israel reported Thursday. Arab Israelis make up one-fifth of Israel’s population but are involved in the majority of its crimes. Dozens of new police stations will be built in Arab communities.

“This picture is not only of concern to the police, but also to the Arab community itself,” Police Commissioner Roni Alsheich said Tuesday in a Knesset meeting. “There is a strong desire to strengthen policing in the Arab community. I met dozens of heads of Arab local authorities and discovered that there was great willingness.”

“Hakrush is a good and faithful man, and he can do the job properly,” he said, according to the Times of Israel. “He is a son of the village and my friend, and I congratulate him on the appointment.”