At kosher ski restaurant in Park City, an avalanche of challenges 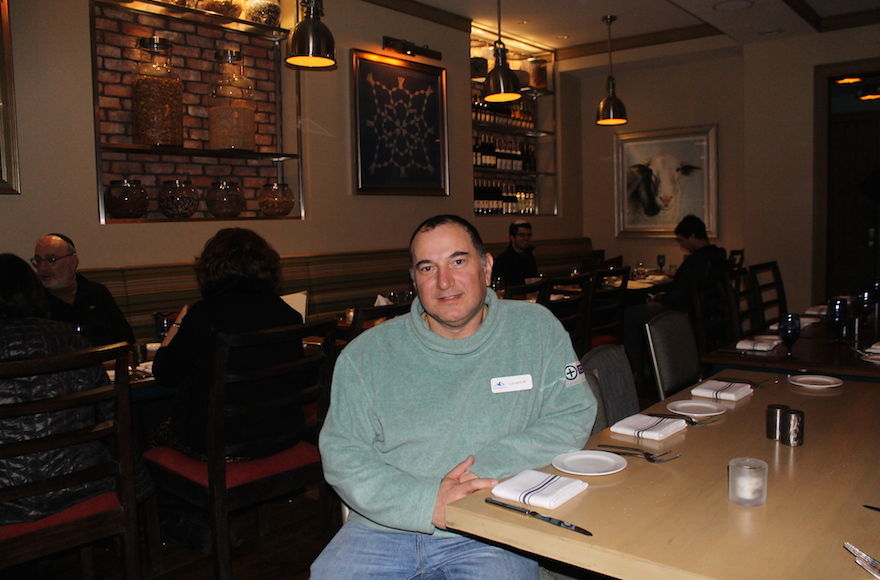 PARK CITY, Utah (JTA) – Laurent Masliah likes wine as much as the next Frenchman.

But that’s not why he bought up every last bottle of kosher wine in the state of Utah and is desperately angling for more.

Masliah is the general manager of Prime at Canyons, the nation’s only kosher slope-side restaurant. It’s located in this glitzy Utah ski town at the base of what is now America’s largest ski area – thanks to a gondola, completed last summer, that links Canyons with next-door Park City Mountain.

Between the good food, fantastic skiing and lack of any kosher competition for hundreds of miles in any direction, Prime is doing brisk business. But because the only way to purchase wine in Mormon-majority Utah is via state liquor stores, Masliah is in a bind. He just doesn’t have enough of the stuff. The order he placed three weeks ago with the state store, as required by law, still hasn’t come through.

“I have no cabernet. I’m running low on merlot,” Masliah told JTA in a recent interview at the restaurant. “At this point, I want to make sure I have at least a glass of red and a glass of white to offer customers. My ambitions have sunk pretty low.”

Getting kosher wine is just one of the many unique challenges of running a kosher restaurant on a ski mountain in a remote Western state with hardly any Jews.

There are others. For starters, all the meat and specialty kosher items are trucked in from New York, where the restaurant company’s headquarters and lead eatery, Prime Grill, are located. Getting a mashgiach, or kosher supervisor, in Park City wasn’t easy; there’s almost no Orthodox Jewish population in Utah to speak of (though there are Chabad centers in Park City and Salt Lake City). 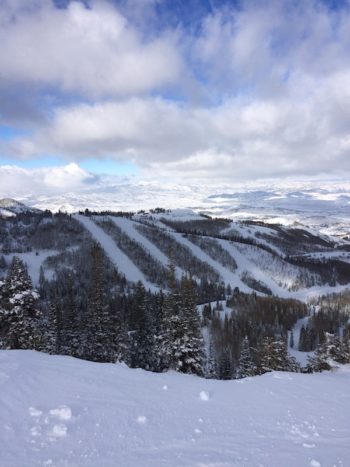 Even finding waitstaff is a problem. Most young people who come to Utah for winter are ski bums; waiting tables is a secondary occupation. One of the restaurant’s waitresses was put of commission early in the season after she shattered her ankle skiing. She was back after several weeks, but had to serve while hobbling around on a walking cast. Another waitress is the mashgiach’s wife; the couple, from New York, decided to come to Utah as an adventure.

When it comes to cooking, there are the vicissitudes of preparing food at a high altitude – in this case, 6,800 feet elevation. Baking takes longer, dough rises faster and some dishes require longer cooking times because water boils at a lower temperature. Then there’s the problem of exploding food packages. Because air pressure is lower and gases expand at higher altitudes, bags of chips and other foods often burst open during shipping.

“I was very surprised by how many effects there are to the altitude,” said Masliah, 46, who worked as a ski instructor in France when he was 18. “Almost everything has to be cooked slightly differently.”

Though there has been a kosher restaurant at this site in Canyons’ Silverado Lodge since 2012, this is the eatery’s debut season under the ownership of Prime Grill, one of New York’s premier kosher establishments. (The previous restaurant, called Bistro at Canyons, was run by the resort).

Joey Allaham, owner of the Prime Hospitality Group, said that when he first decided to buy the restaurant this fall – at the behest of Vail Resorts, which owns Park City Mountain and whose CEO, Rob Katz, is a graduate of Ramaz Jewish day school in New York — his wife told him he was crazy. Allaham, a 41-year-old Jew who grew up in Syria and now lives in New York, knew nothing about snow until he came to the United States.

But after he opened Prime at Canyons in early December and flew out to Utah to see how things were going, he said he encountered a level of customer appreciation he had never experienced before.

“When people come down from skiing, all they want to do is have a piece of meat,” Allaham told JTA. “I never saw such excitement in people’s faces to see food. They told me they never had something like this – real kosher food at the mountain. They were used to surviving on tuna fish sandwiches and protein bars.”

The menu at Prime at Canyons has some commonalities with Prime Grill: There’s the steak filet ($49), slow-cooked lamb ribs ($54) and mustard-crusted salmon ($40). But the menu is also adapted for the simpler dishes skiers tend to crave after a day on the slopes, according to Laurent: chili ($18), burgers ($29), nachos ($17), chicken pot pie ($36). It’s less fine dining and more comfort food, he said, and the Utah menu is a bit less expensive than the New York menu.

Prime at Canyons is only open for dinner, but kosher skiers can buy Prime’s prepared kosher sandwiches and wraps (tuna, egg salad, turkey, pastrami, roast beef, peanut butter and jelly) during the day at the mid-mountain Red Pine Lodge. Prime at Canyons also is open on Shabbat, for those who pre-order meals.

Most days, there’s a daily Orthodox minyan prayer service next door, at 4000 Canyons Resort Drive (visitors can sign up online), thanks to the popularity of the ski area and the stewardship of Rabbi Yudi Steiger of Park City’s Chabad.

Despite the myriad challenges, Allaham says the restaurant has been a financial success. And though Masliah has his hands full at night in the dining room, he still has found time to “moonlight”: During the day, he’s a ski instructor on the mountain.