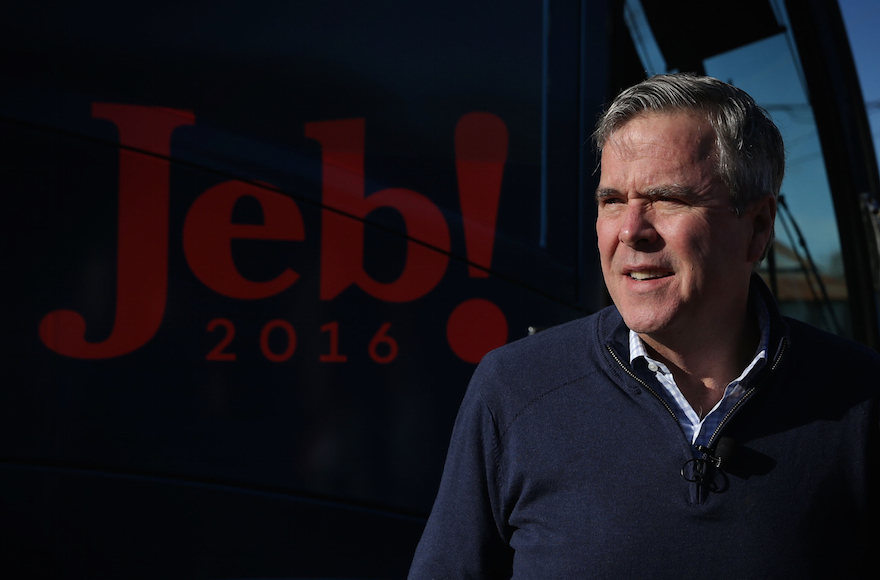 (JTA) — Republican presidential candidate Jeb Bush tweeted an image of a gun manufactured by a U.S. company with a parent European firm that made firearms for Nazi troops.

On Tuesday, the former Florida governor posted the image of a handgun engraved with his name following a campaign stop at the FN America gun manufacturing plant in Columbia, South Carolina. The image was retweeted over 22,400 times and prompted widespread commentary, mostly negative, across the Internet.

FN America is owned by FN Herstal, a Belgium-based corporation, the Washington Post reported. During the German occupation of Belgium in World War II, the Nazi military requisitioned the company, then known as Fabrique Nationale d’Armes de Guerre, to produce thousands of its weapons, including the pistols carried by Nazi officers and pilots.

Bush appeared to be unaware of the company’s past. Responding to a question about the gun tweet, he said, according to ABC News: “The purpose was we went to a gun manufacturing facility where lots of jobs are created, high-wage jobs. And I received a gun and I was honored to have it.”

In addition to the South Carolina plant, FN Herstal also owns an American plant known as FNH USA in McLean, Virginia. According to the Washington Post, the plant supplies the U.S. military with popular guns such as the M4 carbine and the MK19 automatic grenade launcher.