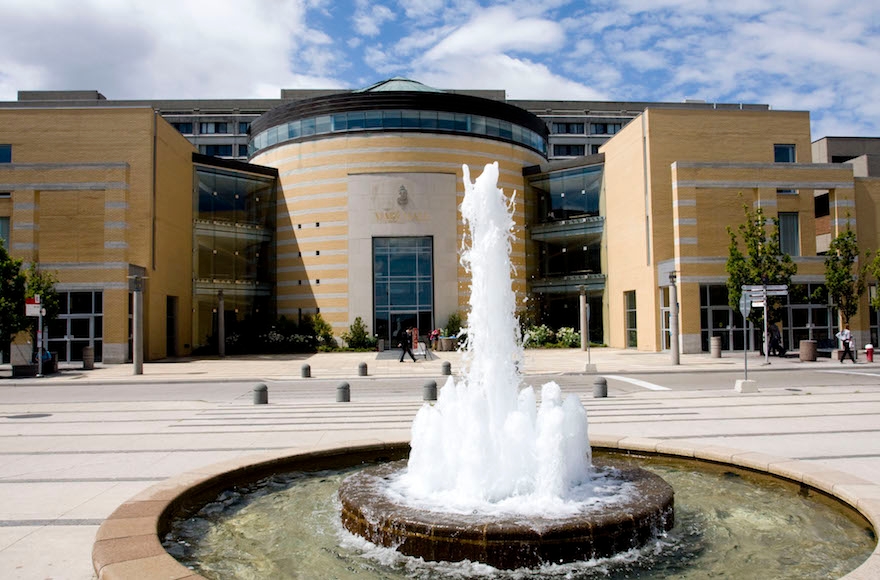 TORONTO (JTA) — Jewish students are being urged to think twice before applying to York University in Toronto following accusations that its faculty association was endorsing a “censorship campaign against Israel and the Jewish people.”

Friends of the Simon Wiesenthal Centre for Holocaust Studies said in a statement issued Tuesday that it was “concerned for the safety and security of [York’s] Jewish students and faculty,” and made the accusations against the faculty group. The association’s executive voted in favor of a campaign urging the university to divest from investments in weapons manufacturers, domestic or international.

Though the approved motion did not mention Israel, the Wiesenthal Centre group contended it was anti-Semitic because the divestment campaign is being led by the York chapter of Students Against Israeli Apartheid, which endorses the international Boycott, Sanctions and Divestment drive against Israel. The divestment of weapons are often for companies that supply the Israeli army for use in the West Bank.

“The campaign is initiated by Students Against Israeli Apartheid – an organization known for its anti-Semitic and anti-Israel positions,” said the statement issued Tuesday by the Friends of the Simon Wiesenthal Centre.

The group cautioned “Jewish students from choosing to attend York” should the vote be endorsed by the faculty union’s Stewards’ Council.

“What I’m asking for Jewish students who are considering going to York or putting in their application for the … 2016-2017 year, is to know what’s going on at York (and) to maybe take a pause until the final vote is in,” Friends of the Simon Wiesenthal Centre President Avi Benlolo told the National Post daily newspaper.

In a letter to the faculty association’s president, the Wiesenthal Centre group said the union’s 51-member Stewards’ Council still has a chance to overturn the executive vote.

“They may not realize that this boycott movement, couched in the language of human rights, is in reality a malicious campaign that targets and singles out the Jewish community as a collective; demonizes Israel and Israelis; applies unfair double standards to Israel at the exclusion of other nations in the Middle East; and rejects the legitimacy of Israel as the only Jewish State in the world – and therefore incites discrimination,” said the letter.

Richard Welland, president of the faculty association, said Students Against Israeli Apartheid is among several groups supporting the divestment campaign.

He also accused the Friends of the Simon Wiesenthal Centre of “bullying” him and other members of the executive.

The warning comes a month after Canadian media executive Paul Bronfman announced his decision to cut his company’s donations to the university over a pro-Palestinian mural hanging in the student center.