Rivlin to US Jewish leaders: Don’t politicize relationship with Israel 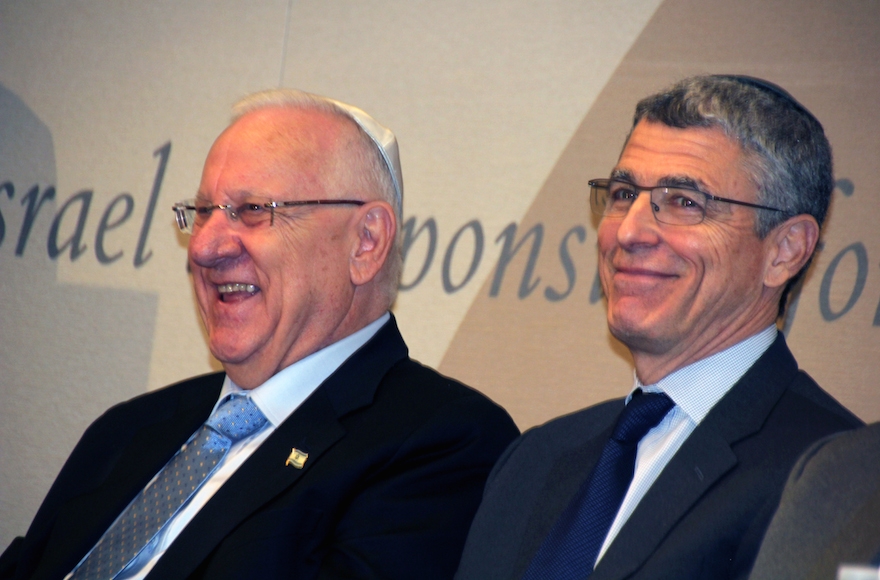 JERUSALEM (JTA) — Israeli President Reuven Rivlin told American Jewish leaders that the relationship between Israel and the United States should remain “beyond debate” during the U.S. election season.

Rivlin addressed a delegation from the Conference of Presidents of Major American Jewish Organizations on Thursday, the last day of its five-day mission to Israel.

“Many of you have different political views, support different candidates, and possibly vote for different political parties. But whichever party or candidate you support, there are important issues on which everyone must agree,” Rivlin said. “Support for Israel in the United States has never been, and must not become, a party political issue.

“During the elections season, it is my deep hope that the close relationship between Israel and the United States remains beyond debate. American friends of Israel should be able to feel free to express their democratic right and vote as they want, and know that whatever happens, the bonds between Israel and the U.S. are strong.”

Rivlin also called for unity in the fight against the rising threat of anti-Semitism.

“Across the world we are seeing a rise in this old, and new disease, and there is more and more pressure to boycott the world’s only Jewish state. We must stand firm against these threats; Israel is your partner in this fight,” he said.