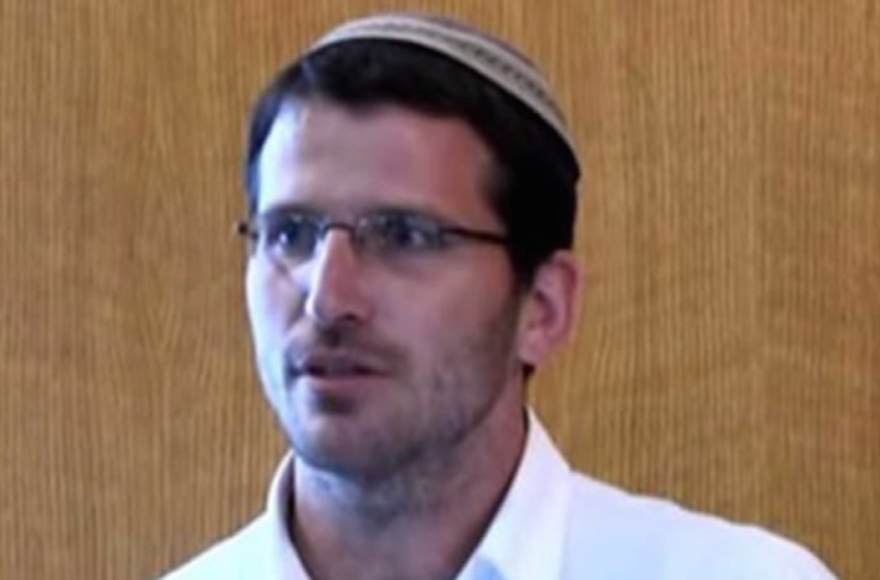 (JTA) — In an unusual move, an Israeli rabbinical court excommunicated a scientist who refused to divorce his wife and ordered the publication of his name, photo and personal details.

The Jerusalem-based rabbinical appeals court issued this week a herem – a writ of banishment — against Oded Guez, a physicist at Tel Aviv University, because he had refused to give his wife a divorce for the past four years, the Israeli news site Ynet reported Friday.

The herem said Guez is not to be honored, hosted, allowed to attend synagogue or even be asked as to his health or visited at home if he is ill, among other prohibitions, “until he relents from his stubbornness and listens to his betters and he unchains his wife and gives her a get,” the sentence reads. “Get” is the Hebrew word for a religious divorce.

The unusual sentence was issued after Guez failed to show up for a hearing. He had appealed the rabbinical court’s ruling last year to publish his name but lost at Israel’s High Court of Justice.

In Israel, rabbinical tribunals function as family courts for Jewish citizens and are part of the general judiciary — which also has Islamic Sharia courts. These religious tribunals have the authority to grant child custody and impose heavy fines and even jail sentences.

In Judaism, women who are not given a get by their husbands are called chained women because they cannot remarry according to Orthodox Jewish law. Any children they have out of wedlock may not marry under religious Orthodox law. Religious judges, or dayanim, do not have the authority to nullify marriages of reluctant husbands.