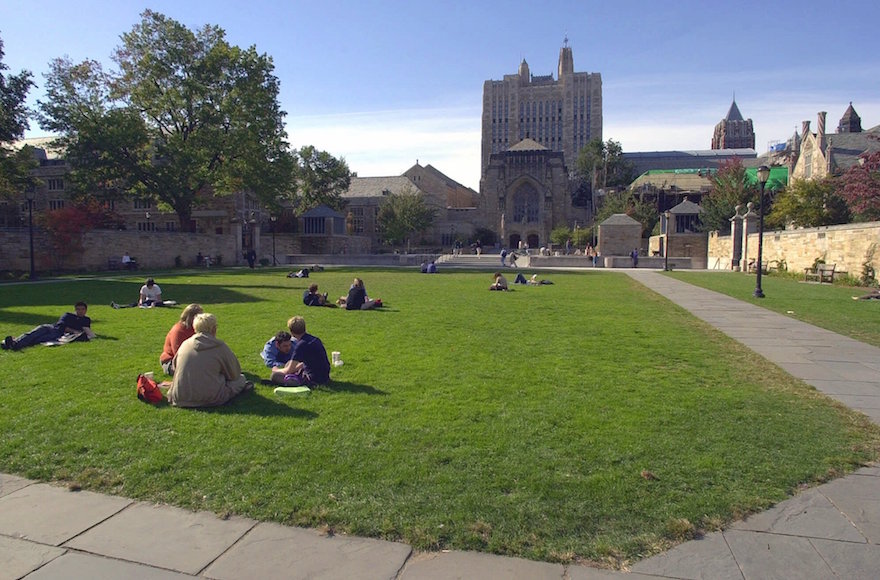 (JTA) — Anti-Israel campus groups in the United States are shifting their tactics, replacing BDS resolutions with “theatrics and disruptive tactics,” according to a report by a Jewish watchdog group.

In its “Fall 2015 Campus Trends” report, released Friday, the Israel on Campus Coalition also reports that anti-Israel groups have invested “significant efforts” in strengthening ties with other activist causes on campus, yet the movement overall has faced “considerable divisions.”

While the number of anti-Israel events has dropped since the previous fall, when Israel’s war in the Gaza Strip “triggered an unusually high number,” more such events are enjoying co-sponsorship from “groups unrelating to Israel, reflecting the impact of coalition-building” among anti-Israel activists, according the report.

Meanwhile, the report found an increase in pro-Israel activities on campus.

“Disruptive tactics” observed in the report include “staging dramatic protests” at pro-Israel events and at campus lectures by Israeli speakers. In some of these incidents, the national Students for Justice in Palestine group filmed protests and then published “altered videos that generated vicious attacks against campus supporters of Israel,” the report said.

According to the report, anti-Israel student activists are divided over the efficacy of the boycott, divestment and sanctions movement against Israel, the Syrian civil war and “other geopolitical issues.”

In a news release, ICC Executive Director Jacob Baime said pro-Israel campus activists are “focusing on positive and proactive ways to express support for Israel on campuses across the country.”

The organization issued a similar report in August documenting activities and trends from the 2014-15 academic year.